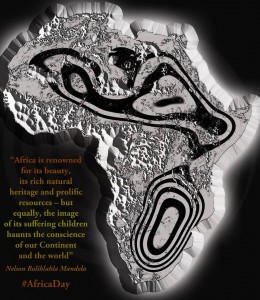 The notion of blue economies is one that has recently gained attention as an avenue for development in Africa. The fairly new concept encapsulates all of the potential of oceanic resources and was at the centre of the AU’s Agenda 2063, where it was unanimously declared  ‘Africa’s future’. Speaking at the African Development Bank’s 2014 Annual Meeting, Ministers from South Africa, Ivory Coast and Seychelles echoed this view and discussed ways ofmaximizing these blue economies through building relevant infrastructure and capacity. “The real challenge is infrastructure and finding people to invest in it. Once the infrastructure is in place, the traffic in the form of coastal trade will come in,” said Patrick Achi, Minister of Economic Infrastructure for Ivory Coast. Pierre Laporte, Seychelles’ Minister of Finance, Trade and Investment, voiced the same concern highlighting the financial constraints that the small island of 90,000 has struggled with in trying to exploit its marine resources. “Over 30,000 ships fish in our waters every year with 300 tonnes of tuna caught and shipped away,” explained Laporte. “We cannot do anything about this because we have no commercial fishing fleet of our own, ships of this kind cost between US $ 30-40 million.” The efforts to develop blue economies, however, will have to go beyond building infrastructure and take into account issues of climate change, dumping of toxic waste and sustainable supply chains. According to Achi, aquatic life has been vastly affected by dumping and overfishing, something that he believes can be resolved by creating awareness around how best to use and preserve marine resources. “There is a lot of work to be done in setting up proper policies and making sure all those involved understand how damaging dumping is,” he said. In addition, Trevor Manuel, South Africa’s Minister in Charge of the National Planning Commission, emphasized the important role of regional cooperation in ensuring these economies are properly developed. He argued that the effects are not limited to coastal countries and that the benefits are spread to neighbouring landlocked countries that rely on these ports for export and trade. He added that the inability of African countries to work together on this issue is what continues to hinder meaningful development and allows others to benefit from Africa’s resources. The AfDB was commended for creating a platform for African countries to discuss possible avenues to work together in developing blue economies and putting this at the forefront in discussing the continent’s economic future. “We have a right as a continent to benefit from our terrestrial and marine resources, there is a commercial case to be made for choosing to support the development of Africa’s blue economies,” said Donald Kaberuka, President of the AfDB. *Source AFDB]]>