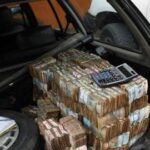 Bahar Dar, Ethiopia – The figures are staggering: At least $1.8 trillion illicitly flowed out of Africa between 1970 and 2009. This is far more than the external aid the continent received over the same period, and almost five times its current external debt. According to researchers, the continent also loses at least $100bn a year in this financial haemorrhage. African leaders convened this week in the Ethiopian city of Bahar Dar to discuss illicit financial flows and what can be done to staunch them. A study commissioned by the Tana High Level Forum on African Security, which organised the conference, found that illicit flows from Africa grew at an average rate of 12.1 percent per year since 1970, and that capital flight from West and Central African countries accounted for most of the illicit flows from sub-Saharan Africa. Illicit financial flows consist of money earned illegally and then transferred for use elsewhere. The money is usually generated from criminal activities, corruption, tax evasion, bribes and smuggling. Yet the numbers tell only part of the story – a story that exposes how these highly complex and deeply entrenched practises have flourished, with a devastating impact on Africans’ efforts to extricate themselves from grinding poverty. This scourge eats into the gross domestic products of African countries, draining foreign exchange reserves, reducing tax collection and investment inflows and worsening poverty. “The costs of this financial haemorrhage have been significant for African countries. It has heightened income inequality and jeopardised employment prospects. In the majority of countries in the continent, unemployment rates have remained exceedingly high in the absence of investment and industrial expansion,” said Kenya’s Central Bank Governor Dr Njuguna Ndungu. Worse than expected And some believe that the estimates of illicit financial flows underestimate the problem. “These figures do not capture money lost through drug trafficking and the loss of Africa’s marine resources through illegal fishing,” said Abdiweli Mohammed Ali, the new president of Somalia’s semi-autonomous Puntland region. “Somalia loses between $800m and $1bn through illegal fishing every year. This is money we cannot afford to lose. Something must be done about the illegal international fishing cartels looting our marine resources,” said Abdiweli, who is also a former prime minister of Somalia. The study also found a significant link between increases in the price of oil and capital flight from Nigeria – Africa’s largest oil producer, which also accounted for the highest amount of illicit outflows. “Some of the acceleration in illicit outflows was undoubtedly driven by oil price increases and increased opportunities to misprice trade that typically accompany increasing trading volumes due to globalisation,” the report noted. For instance, Nigeria lost at least $250bn between 2000 and 2009. South Africa, which was the continent’s biggest economy until it was recently overtaken by Nigeria, came second with a loss of at least $170bn over the same period. Egypt, Algeria, Libya, Morocco, Angola, Sudan and Cameroon are also high on the list. Nuhu Ribadu, a former chairman of Nigeria’s Economic and Financial Crimes Commission (EFCC), said: “It’s shameful that Nigeria leads in such an unsavoury trend. But it must be pointed out that we are also leaders in trying to repatriate some of the stolen funds. We managed to recover billions that former military dictator Sani Abacha stashed in banks abroad.” Ribadu said Africa needs honest and committed leaders who will set examples by eschewing corruption and closing avenues of illicit financial flow. “It is the seriousness and commitment showed by African leaders that would convince foreign countries to work with them towards recovering looted monies stashed abroad.” Skewing income distribution Experts say the enormity of the outflow explains why donor-driven efforts to spur economic development and reduce poverty have not achieved their full potential in Africa. Sustained illicit outflows have also turned the continent into a net creditor to the rest of the world. “Policy measures must be taken to address the causes of illicit outflows and also to impress upon the international community the need for better transparency and tighter oversight of banks and offshore financial centres that absorb these flows,” said former South African President Thabo Mbeki. Mbeki is also the chair of the Commission on Illicit Finances established by the UN Economic Commission on Africa. As long as illicit capital continues to pour out of impoverished African countries at this pace, efforts to reduce poverty and boost economic growth will be thwarted, and income distribution will become more skewed, leading to economic and political instability. Yet there is a glimmer of hope, now that African leaders and governments are increasingly understanding – and coming to terms with – the dangers posed by illicit financial flows. * Source Al Jazeera.Follow Mohammed Adow on Twitter: @Moadow]]>