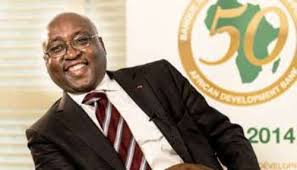 The President of the African Development Bank, Donald Kaberuka, has said that for Africa to reduce the perception of risk in infrastructure investment, much focus is needed to get things done and move to another level of development. He was speaking on Tuesday, May 20 during a high level panel titled ”Reducing Perceived Riskiness of Investing in Africa’s Infrastructure” at the Bank’s 49th Annual Meetings in the Rwandan capital, Kigali. “African assets have been undervalued because Africa’s risk has been exaggerated, thus that seems to be changing and I think the financial crisis has accelerated the change. All we have to do is to fight and mitigate the risk,” Kaberuka noted. The AfDB President highlighted some of the infrastructure projects the Bank is financing, saying that it is time to focus on commercially viable projects that are already in place. “Instead of focusing on what is not working, why we don’t focus on how to make things work? We should spend more time showing things that are happening in Africa,” Kaberuka emphasised. He explained that AfDB created a vehicle for funding African infrastructure called ‘Africa50’ which sets a platform for the next 50 years in African development to increase the rate of infrastructure delivery in Africa. In 2012, African Heads of States in their Declaration on the Programme for Infrastructure Development in Africa (PIDA) called for innovative solutions to facilitate and accelerate infrastructure delivery in Africa. In response, and after broad consultations with African stakeholders, AfDB proposed the establishment of a new delivery vehicle called Africa50. Africa50 is the result of experience and innovation. The vehicle aims at mobilizing private financing to accelerate the speed of infrastructure delivery in Africa, thereby creating a new platform for Africa’s growth. Africa50 will focus on high-impact national and regional projects in the energy, transport, ICT and water sectors. “This Africa50 is open to African investors and it will be an African-driven and -owned vehicle, but open to foreign investors. We are looking for transformative projects which are priority to Africa. They should be commercially viable, make sense and give a good return,” he noted. Africa50 is to be structured as a development-oriented yet commercially operated entity. It will be complementary to and legally independent of existing development finance bodies in Africa. At the event, panelists discussed ways to reduce the perception of risk in Africa and responded to a wide range of questions from the audience regarding the matter. According to Makhtar Diop, Vice-President, World Bank Africa Region, there are many things happening in Africa that are changing the perception of risk. The main important thing is to accelerate investment in Africa and this will be done by telling real and specific stories that are changing the continent for the better,” he said. Diop noted that there is a perception of investment risk in Africa by foreign direct investors and it’s time for the continent to assess the risk in a specified and transparent way. “We should assess various types of risks, ranging from political, operationalisation, consumption, competition, financial, demand-and-supply type of risk in transparent way,” he added. According to the World Bank, infrastructure needs in Sub-Saharan Africa are estimated at US $100 billion annually. While private investment has been robust, with the heaviest concentration of funds going to South Africa and focused largely on telecommunications, the funding gap remains at US $31 billion. Analysis points to a high perception of risk as one of the major challenges for investment. *Source AFDB]]>