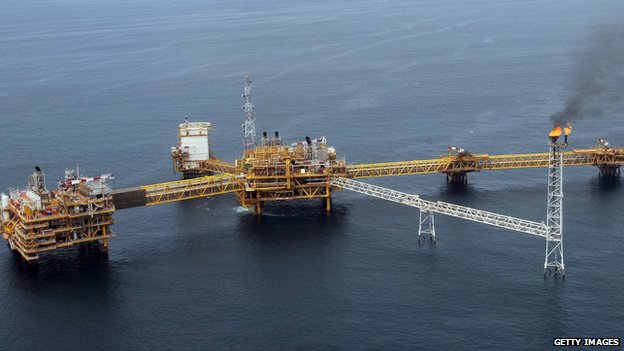 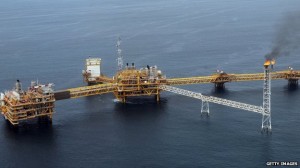 Oil contributes more than 70% to Nigeria’s government revenues[/caption] Nigeria is to “rebase” its gross domestic product (GDP) on Sunday 6 April, which should push it above South Africa as the continent’s biggest economy. The BBC’s Matthew Davies explains how rebasing works. What is rebasing? The United Nations defines rebasing as the “process of replacing present price structure [base year] to compile volume measures of GDP with a new or more recent base year”. Basically, it’s a need to update a country’s national statistics. Economies are dynamic things; they grow, they shrink, they add new sectors and technologies and people’s behaviours change. One of the uses to which GDP data is put is to track how the economy grows over time. So, as GDP numbers are only relevant when compared to other GDP numbers, the year that serves as the base for their comparison needs to change as well to reflect the changes in the economy. There are basically two ways to measure gross domestic product (GDP), the sum of a country’s goods and services. Firstly, nominal GDP. This is the sum value of all produced goods and services at current prices. This measure does have its uses. But real GDP is more widely used and is slightly different. It’s the sum value of all produced goods and services at constant prices and is useful for showing how the economy changes in size and – with some further manipulation – how average living standards change over time. The constant prices are the ones from the base year – whichever that is. Why is it necessary? Rebasing is necessary simply because economies change over time. Different goods are produced and new technology is introduced, so rebasing means that the statistics give the most up-to-date picture of an economy as possible. Most countries do it at least every three years or so. But Nigeria’s old GDP base year is 1990. Back then, the country had one telecoms operator with perhaps 300,000 phone lines. Now it has a whole mobile phone industry with tens of millions of subscribers. So without rebasing the statistics from the mobile phone sector, it would remain somewhat under-represented. Likewise, 24 years ago there was only one airline. Now there are a whole plethora, the information of which needs to be captured better in the national figures. Some analysts say that switching the base year to 2010 will boost the country’s GDP by as much as 65% – on paper. Why hasn’t Nigeria done this for 24 years? [caption id="attachment_9081" align="alignright" width="300"] 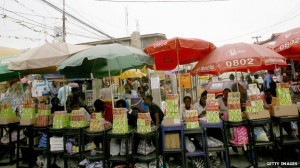 The mobile phone industry is now massive in Nigeria – 25 years ago, it did not exist[/caption] A good question. Often in the recent past, in some of the world’s developing economies it has been seen as a non-urgent exercise and frankly there haven’t been the resources to do it. That might have been true when the economies of the world were less connected to each other through trade, but now rebasing should be a semi-regular occurrence in most national statistic departments. Also, Nigeria has a new Statistician General, Yemi Kale, who seems to be very keen on beefing up the National Bureau of Statistics. Will it change anything? To the man in the street, no. It will make no difference at all. But it’ll be of some interest to economists. Certain ratios will change, for example the debt to GDP ratio will fall. And on a GDP basis, Nigeria will become the largest economy in Africa, knocking South Africa into second place. Nigeria’s rebased GDP is thought to be around $432bn (£260bn) compared with South Africa’s GDP of $370.3bn at the end of 2013. But some economists would point out that Nigeria’s economic output is underperforming because at 170 million people, its population is three times larger than South Africa’s. And on a per-capita basis, South Africa’s GDP numbers are three times larger than Nigeria’s. So, while Nigeria can claim the crown of Africa’s largest economy, there are certain caveats. [caption id="attachment_9082" align="alignleft" width="150"] 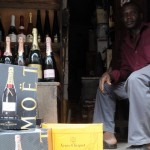 An increasing number of Nigerians now have money to spend[/caption] Will Nigeria wait another 24 years before doing this again? It is hoped not. It is hoped that this will now become a more regular thing. And not just for Nigeria – Kenya and Zambia are looking to rebase as well. Also, donors are keen for more African countries to do this regularly because it enables them to make better decisions when it comes to aid. But generally speaking, it’s a desirable thing for every economy to do, as regularly as is feasible. For example, the United States has a system whereby GDP is constantly rebased, which gives the most up-to-date picture possible. Given the resources most national statistics department have this is just not possible, but at least every four years would be the target. *Source BBC  ]]>