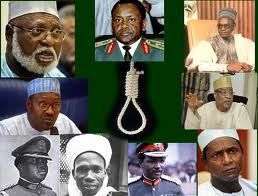 There are two basic questions that must be answered by all of us Nigerians. One, do we want to remain as one country? Two, if the answer is yes, under what conditions? – Chief Bola Ige.

The quote above is one of the most profound statements about Nigeria that I have come across. These are two important questions we have failed to answer and when we have bothered to address them, we apply the same candour a pimp applies to his prostitutes. Our responses have been half-hearted and insincere at best.

In addressing Chief Ige’s questions, I shall pose my own question with the hope that we can arrive at some meaningful understanding of what ails our dear country, Nigeria, and why nationhood has eluded us: What does the “North” want? Of course, even though this question is addressed to the “North” of Nigeria, it can serve as metaphor for the rest of the country.

For the sake of those not familiar with our political history, what is called the “North” in Nigeria today, is the remnant of one half of colonial Nigeria, the Northern Protectorate that was merged with the other half, the Southern Protectorate, by the British colonialists to create the entity called Nigeria exactly 100 years ago.

While the country has undergone significant transformations – from two protectorates to one country in 1914; from three regions before independence to four regions after independence; from 12 states on the eve of the civil war in 1967 to 36 states today – the “North” has managed to act or has been projected as an entity on its own. I shall return to this.

What does the “North” – or better still, those who claim to represent and speak for the “North” – want? Political power? A return to pre-independence Nigeria? A return to pre-amalgamation Nigeria? A separate country from the rest of Nigeria? I pose these questions based on certain developments and statements in the last few weeks by individuals and groups that claim to represent the “North”. Of course, these questions can also apply to the “East”, the “West”, the “Niger Delta”, etc. But my focus here is the “North”, so I must be forgiven if I make only passing reference to these other groups.

On March 11, 2014, the Northern Elders’ Forum (NEF) issued a communiqué at the end of its two-day meeting in Kano. Among other things, the NEF dismissed the National Conference saying, it “lacks a constitutional basis or any form of legitimacy or authority to speak for the people of the North or other Nigerians.” It said “the proceedings, conclusions and recommendations of the confab would not be accepted by the people of the North.”

I crave the indulgence of readers to quote extensively from the communiqué of the NEF: “Assured that Northerners have no negative issues with any ethnic group in Nigeria, and have, in fact, enjoyed the full support and understanding of all groups and regions on issues the North raised in the interest of the peace and unity of Nigeria; same manner that the North stood by all ethnic groups when they had issues at historic turning points in our national history.

“The current status of the North in the context of the economy and politics of Nigeria is undeserved and unacceptable; that the unfair and unjust allocation of resources of the nation which deprive the North of its legitimate rights (emphasis added) must cease; and the North must intensify efforts to improve the exploitation and management of its own (emphasis mine) human and other resources.”

It resolved to “mobilize the entire people of the North to resist further assaults on our security and political and economic fortunes” and to “restore hope and faith of Northerners in their capacity and ability to negotiate a better deal in the context of contemporary Nigeria; or in any circumstances (emphasis mine) which best suit their interests.”

I think these observations and demands are clear enough. At the same forum, one of the lead speakers, Dr. Usman Bugaje, was reported as saying that, “It is wrong for any state to claim that it is oil-producing because 72% of the total land mass in the country belongs to the North and by the United Nation’s law, it is only the North that actually has the right to claim ownership.”

“What they claim is the offshore oil is actually the oil of the North. We should stop using these terms that have no sense at all. There are no oil-producing states. The only oil producing state is the Nigerian state itself,” Bugaje concluded.

Of course, Bugaje is not the first person from the “North” to theorize about the source and ownership of the oil in Nigeria. During the dictatorship of Gen. Sani Abacha, at the height of the June 12 crisis, eminent historian, the late Dr. Bala Usman, had argued that hydrocarbons, the principal constituents of petroleum and natural gas were the product of thousands of years of accumulated fossil that dripped from the “North” to the Niger Delta.

Clearly, Nigeria is really about the political economy of oil. This is the only thing that binds the unpatriotic and duplicitous political class across the country and the politics of oil explains the way this class responds to Nigeria and its many problems. It is crude oil, stupid! Those who have it are holding us to ransom; those who want it or want to control it have taken the rest of us hostage.

On March 23, 2014, Sunday Punch reported that after a retreat of northern delegates to the National Conference on Thursday, March 20, the Arewa Consultative Forum (ACF), an association referred to as the “umbrella body of northern Nigeria”, resolved that the “North” had “buried its initial plan to walk out of the National Conference, if the agenda of the conference does not address issues that affect the North.”

According the paper, the ACF stated that the “North” would fully participate in the conference. Its national publicity secretary, Mr. Muhammadu Ibrahim, said the ‘Kano Declaration’ had become a thing of the past. “Forget about the ‘Kano Declaration’ that the North may stage a walkout. It is now a buried issue. We are participating fully in the conference. We are participating because we are interested in the unity of Nigeria,” Ibrahim concluded.

In the view of Dr. Junaid Mohammed, a delegate representing Kano State at the National Conference who attended the retreat, “Nigeria has ‘federal units’ and not ‘federating units’ as proponents of fiscal federalism would want others to believe. What is it they call fiscal federalism? Why are we talking about federating units as opposed to federal units? Federating units are quasi-independent countries that agreed to come together and devolve certain powers to a federal or central government.”

Mohammed said “he and his northern colleagues were prepared to build a  consensus with delegates from every part of the country on issues of common national interest,” but that “they were not prepared to ‘indulge anyone’ whose idea was based on narrow, self-serving interests.”

Mohammed makes a powerful argument, except that in one breadth he notes that there are no federating units; and in another breadth, he is willing to defend the interest of the “North” which positions itself as a federating unit. So what really is the “North”? If we go by the arguments of the NEF, Bugaje and Mohammed then there is a social and political entity referred to as the “North”. 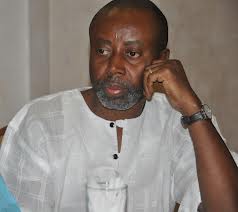 Finally, while contributing to the debate on how many delegates are required to agree before an issue can be passed at the National Conference, the Lamido of Adamawa, Dr. Muhammadu  Mustapha, veered off when he threatened to “lead his people out of the conference,” noting that his “kingdom extended to Cameroon.” He said he still had “his people there that would receive him and his kingdom if they seceded from Nigeria.” 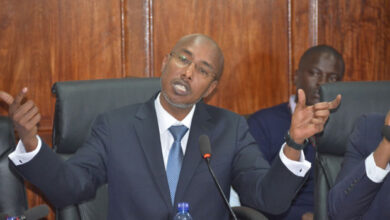 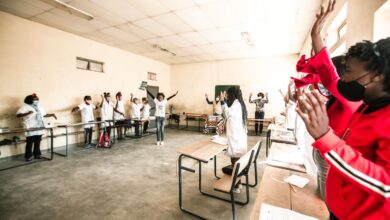 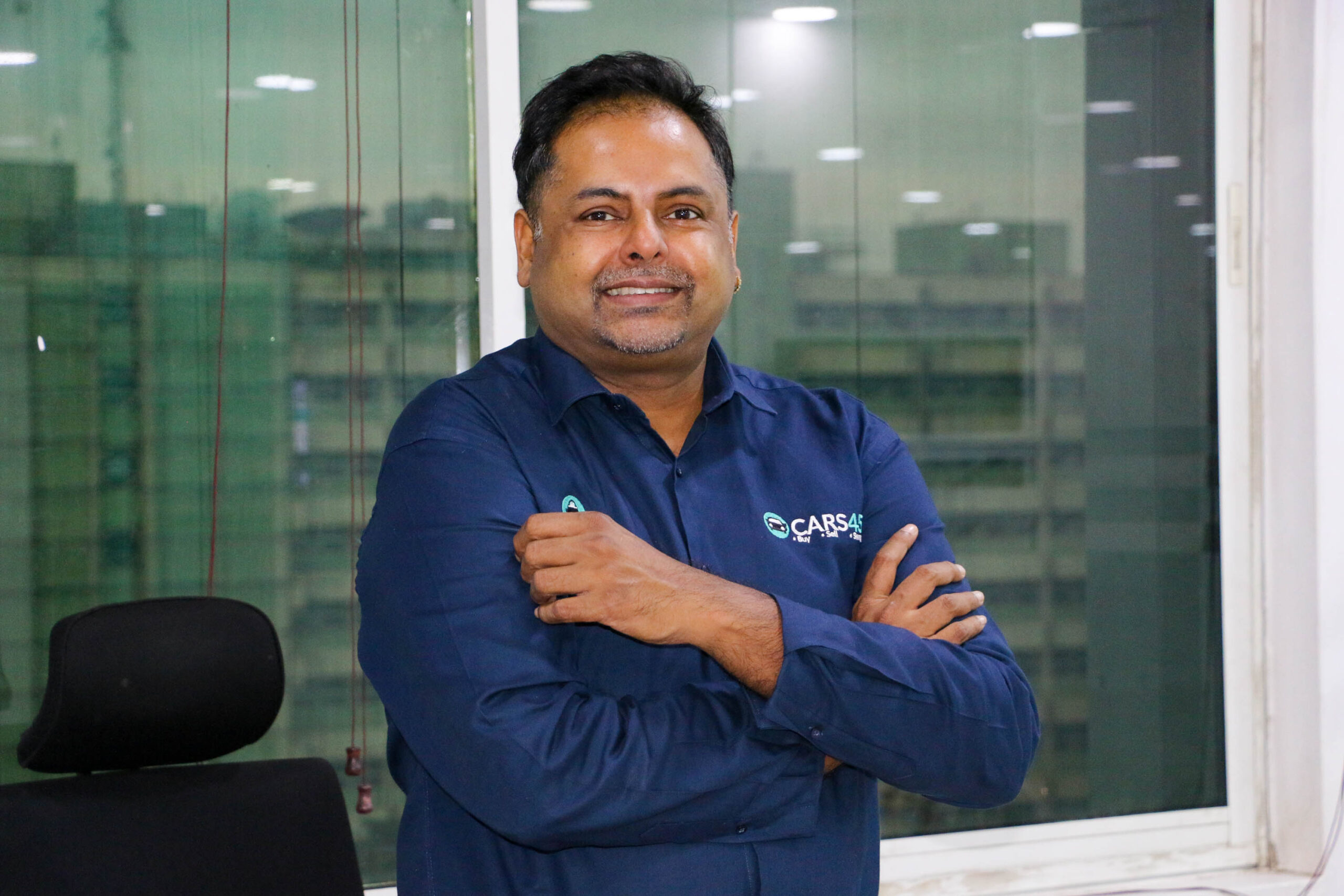