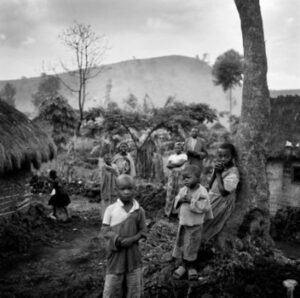 “Every family has secrets, however there are some secrets that are so vile and so corrupt that generationally, it’s absolutely forbidden for anyone in the family to ever speak about them or even acknowledge that they exist for fear of immediate retribution”. – TheodoreW. Most people who have studied world history would agree that the unrepentant exploitation, desolation and rape of the continent of Africa for its’ precious minerals, presumed unlimited natural resources and its’ abundant supply of Black slaves by self-proclaimed “Christian” European monarchs, is without a doubt the “dirty little not-so-secret” scandal that is seldom spoken aloud in European parliaments, world cathedrals and inside European royal chambers. Attorneys who are well versed in the complexities of international-criminal-law and are sworn to represent the best interests of their super-elite clientele, fully understand that the slightest admittance of guilt from their clients on the indictment of committing genocide against Black Africans past or present, would “In a New York minute” unleash an avalanche of demands for financial reparations from every living descendant of Black Africans whose ancestors were subjected to centuries of displacement, stolen identity, torture, theft, rape, slavery and murder. There’s an old saying,…“Follow the money and you will clearly understand what is happening”. A mock trial for crimes committed against humanity A definition of the word Bastard: