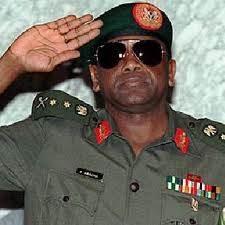 By DOJ Office of Public Affairs

The Department of Justice has frozen more than $458 million in corruption proceeds hidden in bank accounts around the world by former Nigerian dictator Sani Abacha and conspirators.  A civil forfeiture complaint unsealed today in the United States District Court in the District of Columbia seeks recovery of more than $550 million in connection with the largest kleptocracy forfeiture action brought in the department’s history. The restraint of funds announced today includes approximately $313 million in two bank accounts in the Bailiwick of Jersey and $145 million in two bank accounts in France. In addition, four investment portfolios and three bank accounts in the United Kingdom with an expected value of at least $100 million have also been restrained, but the exact amounts in the accounts will be determined at a later date. Acting Assistant Attorney General Mythili Raman of the Justice Department’s Criminal Division and Assistant Director in Charge Valerie Parlave of the FBI’s Washington Field Office made the announcement. “General Abacha was one of the most notorious kleptocrats in memory, who embezzled billions from the people of Nigeria while millions lived in poverty,” said Acting Assistant Attorney General Raman. “This is the largest civil forfeiture action to recover the proceeds of foreign official corruption ever brought by the department. Through our Kleptocracy Initiative, we are seizing the assets of foreign leaders who steal funds that properly belong to the citizens they serve. Today’s action sends a clear message: we are determined and equipped to confiscate the ill-gotten riches of corrupt leaders who drain the resources of their countries.” “We will not let the U.S. banking system be a tool for dictators to hide their criminal proceeds,” said Assistant Director in Charge Parlave.  “This action demonstrates the FBI’s ability to combat international corruption and money laundering by seizing the assets of those involved. I want to thank the special agents, financial analysts and prosecutors whose hard work over the years resulted in today’s announcement.” The over $458 million in frozen funds and the additional assets named in the complaint represent the proceeds of corruption during and after the military regime of General Abacha, who assumed the office of the president of the Federal Republic of Nigeria through a military coup on Nov. 17, 1993, and held that position until his death on June 8, 1998. The complaint alleges that General Abacha, his son Mohammed Sani Abacha, their associate Abubakar Atiku Bagudu and others embezzled, misappropriated and extorted billions from the government of Nigeria and others, then laundered their criminal proceeds through the purchase of bonds backed by the United States using U.S. financial institutions. As alleged in the complaint, General Abacha and others systematically embezzled billions of dollars in public funds from the Central Bank of Nigeria on the false pretense that the funds were necessary for national security. The conspirators withdrew the funds in cash and then moved the money overseas through U.S. financial institutions. General Abacha and his finance minister also allegedly caused the Government of Nigeria to purchase Nigerian government bonds at vastly inflated prices from a company controlled by Bagudu and Mohammed Abacha, generating an illegal windfall of more than $282 million. In addition, General Abacha and his associates allegedly extorted more than $11 million from a French company and its Nigerian affiliate in connection with payments on government contracts. Funds involved in each of these schemes were allegedly laundered through the United States. The complaint seeks to forfeit bank accounts and investment portfolios with funds located in Bailiwick of Jersey, France and the United Kingdom. On Feb. 25 and 26, 2014, U.S. arrest warrants for the assets were enforced in Jersey and France though mutual legal assistance requests and in the United Kingdom through litigation brought pursuant to the U.K. Civil Jurisdiction and Judgments Act. The complaint also seeks to forfeit five corporate entities registered in the British Virgin Islands. 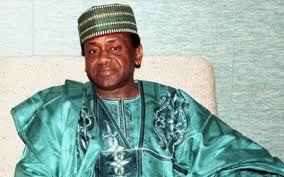 This case was brought under the Kleptocracy Asset Recovery Initiative by a team of dedicated prosecutors in the Criminal Division’s Asset Forfeiture and Money Laundering Section, working in partnership with federal law enforcement agencies to forfeit the proceeds of foreign official corruption and, where appropriate, return those proceeds to benefit the people harmed by these acts of corruption and abuse of office. Individuals with information about possible proceeds of foreign corruption located in or laundered through the United States should contact federal law enforcement or send an email to kleptocracy@usdoj.gov. The investigation was conducted by the FBI. The case is being prosecuted by Trial Attorney Elizabeth Aloi and Assistant Deputy Chief Daniel Claman of the Criminal Division’s Asset Forfeiture and Money Laundering Section, with substantial support from the Criminal Division’s Office of International Affairs. The department appreciates the extensive assistance provided by the Governments of Jersey, France and the United Kingdom in this investigation. *Adapted from Sahara Reports]]>
0