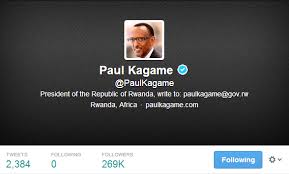 As Rwanda prepares to mark the twentieth anniversary of the 1994 genocide, it has found itself in an unprecedented diplomatic crisis. The ruling Rwandan Patriotic Front has all but claimed responsibility for the murder of its former Spy Chief Patrick Karegeya in Johannesburg in January. More recently, the South African government has accused Rwandan diplomats of a third bungled attempt on the life of the country’s former army chief Kayumba Nyamwasa. The State Department scolded the government of President Paul Kagame for the attempt. The South African government then expelled three Rwandan diplomats, and is considering ending formal diplomatic ties with Rwanda. Foreign journalists reporting on the attack on Nyamwasa raised the ire of President Kagame. On March 7, Radio France International journalist Sonia Rolley was subject to misogynistic harassment from the account of @RichardGoldston. American freelancer Steve Terrill came to Rolley’s defense, resulting in a series of mocking tweets from the account of Rwanda president @PaulKagame himself, not the @RichardGoldston to which Terrill (@steveinafrica) had directed his Tweets. A week later, on March 15, Terrill was denied entry into Rwanda. The denial appears politically-motivated as Terrill broke the story that someone in the office of the Rwandan president also had access to the @RichardGoldston account. The @RichardGoldston account trolled Twitter for any sign of criticism of Kagame or the RPF, and regularly harassed and demeaned Twitter users that criticized the government. On March 8, the official Twitter account of the Office of the Rwandan President (@UrugwiroVillage) tweeted that the @RichardGoldston account had been deleted and the staff member responsible for the account had been “reprimanded”. Rwanda’s Twitter-gate raises questions about the central role of RPF Twitter-trolls in calling out foreign journalists who seek to hold it to account for its excesses at home and abroad. President Kagame’s reactionary tweets provide insight into the political reality behind his government’s carefully crafted narrative that Rwanda is a nation rehabilitated from the ruin of the 1994 genocide. Twitter-gate is also illustrative of the harassment and intimidation to which critics of the RPF regime regularly experience. Twitter-gate is the first crack in the armor of the RPF’s longstanding disinformation campaign that has relied on Western exchange students, public relations firms, commemorative events, and a whole host of other techniques to craft an idealized and often invented version of what Rwanda was like before the onset of colonialism and what it has become since the 1994 genocide. Since 2009, the RPF has worked with American and British PR specialists whose primary task is to drown out the voices of foreign critics and bury evidence of the RPF’s human rights abuses under rosy language about political stability, economic growth, and the stated intention of helping the poor. 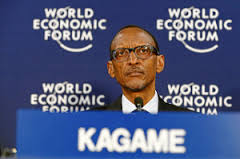 In January, Rwanda launched the Kwibuka20 campaign, from inside Kagame’s office of course, for the same instrumental reason: to substitute the trope of genocide for the trope of authoritarianism in narratives about Rwanda. The disinformation strategy is simple: ensure maximum international sympathy and donor dollars and a minimum of international inquiry into the government’s denial of liberties and human rights abuses. The Kagame-led regime has a penchant for U.S. visits and visitors, and until recently successive U.S. administrations turned a blind eye to massive human rights violations for which the Kagame-led regime, according to the United Nations, is responsible in the Democratic Republic of the Congo. Americans in particular have been taken in by the rhetoric of reconstruction, development, and reconciliation that invariably accompanies most public events in the country. The RPF frames itself for Western audiences as the political party best able to move Rwanda towards a Western-style democracy because it has regularly held presidential and parliamentary elections. The RPF handily won the most recent round of parliamentary elections, in September 2013, with 76% of the vote. In theory, it was contending with nine other parties. In practice, Rwanda’s nearly six million voters had little choice on the ballot. A total of 98% of the votes went to the RPF and its four coalition parties. The continued dominance of the RPF in the electoral realm projects a semblance of political pluralism while masking the fact that all parties are expected to acquiesce to the ruling party. Two actual opposition parties have been banned and their leaders jailed. Another pillar of Rwanda’s disinformation campaign is that the government promotes gender-equality. 64% percent of parliamentarians in Rwanda’s lower house are women, but this number masks reality. Although women are very visible in Rwanda politics, their ability to shape the future of women, ironically, is circumscribed. Rwanda’s parliament has limited influence. Parliamentarians – be they male or female – actually have little power to legislate on behalf of their constituents. They have little room to develop policy or even to debate openly; space for free and open political expression is limited. Put differently, an assessment of political realities shows that women parliamentarians in Rwanda are mere accessories of power; they do not actually wield any of it. Though the genocide has not repeated itself, growing socio-political and economic inequalities – notably the exclusion of youth – under an increasingly authoritarian and repressive government have meant that post-genocide Rwanda is still deeply entangled in its violent past. Rwandans deserve better from their American friends. Rwanda’s Twitter-gate also reminds us that, on this 20th anniversary of the Rwandan genocide, we should not allow our generally rosy perception of Rwanda as a stable and free country under the visionary leadership of President Kagame to mask long-standing political tensions, unresolved resentments, and the rise of an authoritarian regime. *Susan Thomson is Assistant Professor of Peace and Conflict Studies at Colgate University in the United States. She is author of Whispering Truth to Power: Everyday Resistance to Reconciliation in Postgenocide Rwanda (Wisconsin University Press, 2013).Culled from allAfrica.com]]>