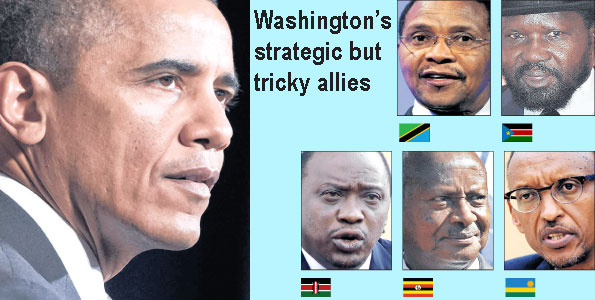 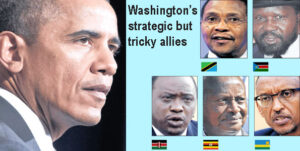 In Kenya, the ICC cases remain key as Uganda and Rwanda refuse to blink. Tanzania seen as Washington’s footprint. TEA Graphic/Photos/FILE[/caption] US President Barack Obama’s administration is grappling with difficult decisions in balancing abuse of human rights concerns against other priorities in its relationship with East Africa.