Nigerians have spent $6.5bn on private jets – the BBC visits one in Lagos 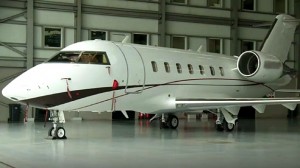 “There’s an average of nine aircrafts fixed here in the hangar,” says Peter de Waal of ExecuJet Aviation Nigeria, looking across at a line of sleek jets, as a team of engineers works on them. ExecuJet provides a hangar and is authorised by major aviation companies to provide maintenance services for business aircraft, attesting to the rapid growth of the private aircraft industry in Nigeria. “Maintenance was done in Europe and the United States, but our services here can help save time and an enormous cost,” Mr De Waal told the BBC. Travelling on Nigeria’s commercial airlines, even in business class, can be problematic, with frequent delays and rerouting causing an inconvenience for everyone, including those for whom time is money.

This, with the added exclusivity, has made the option of bespoke air travel a popular one for the super-rich.

“It is difficult to estimate the exact number of private jets in Nigeria because the majority are under foreign registries,” says Rady Fahmy, the executive director of the African Business Aviation Association. “Aircraft in Nigeria, and most of Africa, are owned by individuals who are businessmen and women,” he says. “This is in contrast to North America and Europe where the account is usually under corporate ownership. “The choice to put it under individual’s name is due to financing requirements.” ‘To owner’s taste’ Most of the jet owners prefer to avoid the spotlight, especially when it comes to discussing their wealth, although within aviation circles it is common knowledge who owns what. The long-range Bombardier Global Express XRS, worth about $50m (£30m), is preferred by those at the top of the rich list, including Africa’s wealthiest businessman Aliko Dangote, oil baroness Folorunsho Alakija, and the mobile phone tycoon Mike Adenuga, who also own both short and long-range business aircraft. Other common models – ranging from about $57m to $39m – are the Gulfstream G550, Bombardier Challenger 605, and Dassault Falcon 900, with owners ranging from politicians to clergymen. Mr De Waal makes a quick phone call to a jet owner and I am granted access to a sleek Falcon 900. A polished dark wood trim sets the mini-bar apart from the rest of the cream interior with grey leather seats. The passenger area is divided into several parts, including a general area with four seats, a business meeting area also with seating for four, an enclosed area with a large couch that can be converted into a bed, and a small bathroom at the back of the plane. It is all made to the taste of the owner, a billionaire businessman, who asks not to be identified. The planes are also mostly registered abroad, mainly in the US, Bermuda, the Channel Islands, the Isle of Man and Mauritius. Some industry insiders think owners prefer such arrangements as aircraft lose their resale value if they are registered in Nigeria because of doubts over maintenance standards. Luxury jet tax axed It is difficult to ignore the tens of millions of Nigerians who cannot afford commercial air travel, not to mention owning aircraft. Nigeria is achieving steady economic growth but the general perception is that few are benefiting from this boom apart from its more than 500 people with estimated assets of above $50m. 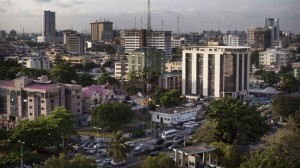 For those who are not quite able to afford their own planes, Nigeria’s chartered flights business is also booming, attracting international companies such as Hanger8 and VistaJet.

The growth of the air transport industry and the economy has led business aviation manufacturers like Beechcraft Corporation into the African market, with Nigeria as a key focus. “We have seen a large number of deliveries of business aircraft across the continent over the past decade,” say Scott Plumb, Beechcraft’s vice-president of sales for Europe, Middle East and Africa. “We fully expect this trend to continue as a greater number of entrepreneurs and corporate entities seek to take advantage of the benefits of business air travel on the back of Africa’s strong economic growth.” Cultural peculiarities also make it to the runway, with huge entourages of friends and aides swarming around Nigeria’s larger-than-life VIPs. “You can sometimes see five or six cars at the same time to receive one person,” Mr De Waal says. In October 2013, the Nigerian Airspace Management Authority introduced a luxury tax of about $3,000 for every departure of a private jet. The jet owners responded by saying it was unfair and the senate soon ordered a suspension of the levy – a sign of the political influence of Nigeria’s wealthy businessmen and women. *BBC Africa]]>