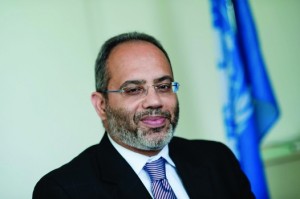 Africa’s economic performance over the last decade has been remarkable, having reached an average growth of 5%. If this growth is maintained, projections indicate Africa’s GDP should increase approximately threefold by 2030 and sevenfold by 2050, outstripping Asia’s. Yet this growth has not translated to creating jobs or tackling inequalities.

Beyond growth, the continent needs transformation. The internal, external and historical reasons that its industrial potential has not been reached can be attributed mainly to the failure of policies, often imposed. Colonialism has left behind institutions and an infrastructure base that were designed to enhance extraction of Africa’s resources, as opposed to value addition. Economic structural adjustment programmes have also had negative effects on technological accumulation, human capital development and the performance of manufactured exports.

Agricultural production is one of the most important economic sectors in the majority of African countries. Approximately 75% of Africans rely on it for their livelihoods. History illustrates that agriculture, particularly the developed agribusiness and agro-industry sectors, has been the driver of economic growth in countries across the globe—for example, Brazil and China. In Africa, agribusiness and agro-industries account for more than 30% of national incomes as well as the bulk of export revenues and employment. Scaling up agribusiness could be the next growth frontier. It could offer immediate value addition through commodity-based industrialization that exploits forward and backward linkages with the rest of the economy. Such industrialization could lift many rural dwellers out of poverty while creating jobs across the economy.

Several key opportunities are within reach in agribusiness. The underlying premise of diversification of sources of growth should curb the pattern of overreliance on primary commodities to generate export revenues. For example, 90% of the total income from Africa’s coffee, calculated as the average retail price of a pound of coffee, after it is roasted and ground, goes to consuming countries. This clearly underscores the fact that continued dependence on the export of unprocessed soft commodities—as opposed to a focus on increased value addition—would likely adversely affect future growth in the region.

Africa can feed Africa. It is well endowed and has the markets. But it needs more than good technology policies. Scaling up productivity means tapping water resources for irrigation, providing stable prices while doing away with artificial subsidies, using seeds with better yields, providing basic transport infrastructure, providing incentives for financial institutions to invest in agriculture as much as in commercial farming, and developing a profitable and competitive agribusiness sector. By drawing on lessons from other regions such as Asia, Argentina and Brazil, Africa can turn its fortunes around gradually.

Second, Africa’s population growth has to be turned into an asset. By 2050, Africa’s youths alone will constitute over a quarter of the world’s labour force. Its middle class is rising. Urbanization, at 3.7%, is taking place at more than twice the global rate. Combined, and given their sheer magnitude and pace, these phenomenal trends present a rare and historical opportunity for rapid industrialization.

Agribusiness holds the key to meeting urban consumers’ demand for food, particularly processed food. Emerging countries will also increase demand for Africa’s farm commodities. There is vast potential for establishing production and trade links, as well as synergies between different actors along the entire agribusiness value chain (producers, processors and exporters), through the provision of incentives that bolster private sector investments and encourage the competitiveness necessary to meet consumer requirements for price, quality and standards. The shift from primary production to modern integrated agribusiness will provide lucrative opportunities to many smallholder farmers, the majority of whom are women, as well as generating modern jobs for the continent’s youths.

Third, growing opportunities from investment in infrastructure will help overcome the current challenges associated with poor access between farm-level production and downstream activities, such as processing and marketing. This opens the door to increasing the production of higher agricultural value-added products while continuing to produce popular commodities such as coffee, tea, cocoa, cotton, livestock products, fresh vegetables and fruits. While regional integration is expected to help countries reach economies of scale, it should also help minimise high transaction costs associated with fragmented markets and price controls. As long as governments implement regional free trade policies such as abandoning export and import bans and removing non-tariff barriers, production for domestic markets will become increasingly attractive. This in turn should counter the effects of those existing tariff regimes that favour raw over processed goods.

Fourth, sustaining the continent’s growth and overcoming current energy challenges is possible. African energy use per capita (which incorporates hydropower, fossil fuels and biomass) is currently only one quarter of the global average. Yet Africa’s renewable energy potential is substantially larger than the current and projected power consumption of the continent. With abundant low-carbon renewable resources, a growing energy demand and falling technology costs, Africa has the opportunity to deliver economically competitive energy solutions for both remote rural and growing urban locales. And bringing power to rural communities will not only improve the quality of individual lives, but also help scale up agribusiness.

Fifth, rapidly changing demands and technologies mean that Africa can power its way through the technological revolution. For example, information and communication technology applications such as mobile banking solutions are playing an important role in connecting smallholder producers to buyers. Latecomer advantage can help leverage existing global knowledge towards strengthening the continent’s own technological efforts, its know-how and its innovation capabilities. This would make the continent’s agribusiness systems competitive.

A robust and enabling policy framework is urgently needed. It will help remove existing constraints on agro-industrialization and encourage investments. It should also include, but not be limited to, the following key components: a) ensuring that the right combination of agricultural, industrial and trade policies is in place to encourage sufficient production of raw material as well as the efficient distribution of produced products b) ensuring that rights to land and natural resources are recognized and enforced to secure the transfer of rights to encourage productive use of land and boost investor confidence c) pursuing new and alternative sources of funding such as sovereign funds and domestic resources, creating incentives for the private sector to make investments and d) using public-private partnerships to finance agribusiness or facilitate capacity building through technical and entrepreneurial skills training.

Kenya’s fresh vegetables firms have moved into high-value-added exports as a result of effective collaboration between the public and private sectors, and the strengthening of links between businesses and educational institutes. If Kenya did it, other African countries can do it as well. Lessons can also be drawn from China, which created scores of research and design institutes and universities focusing on agricultural innovation.

As the African Union’s Year of Agriculture and Food Security, 2014 could bolster the political commitment and impetus to make agribusiness Africa’s next frontier.

*Source Africa Renewal.Carlos Lopes is the executive secretary of the United Nations Economic Commission for Africa. 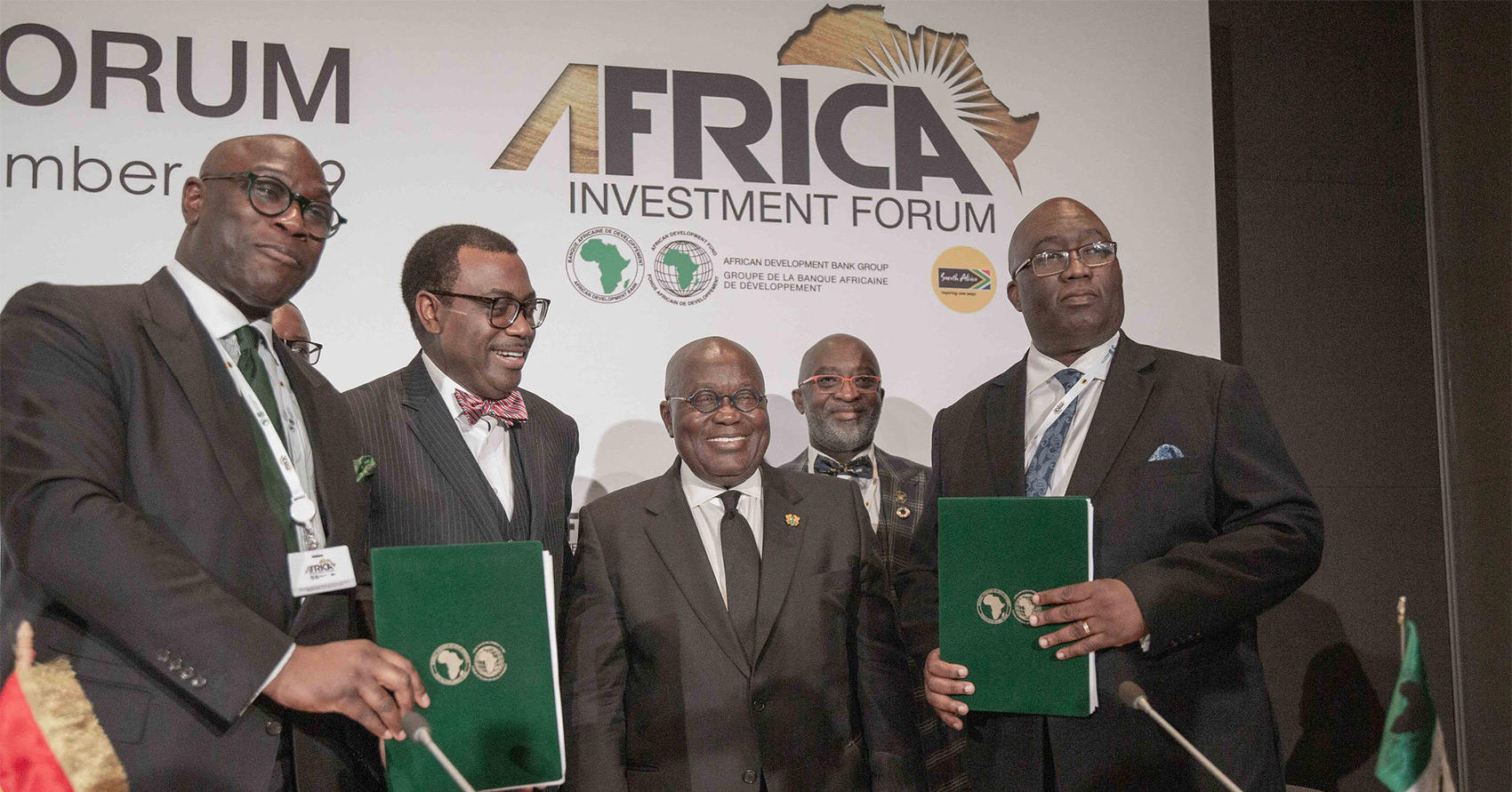 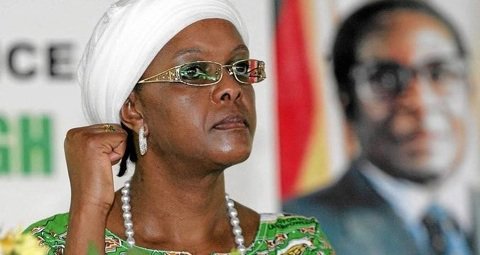