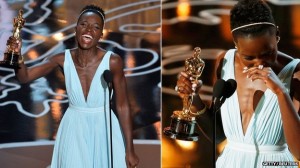 In our series of letters from African journalists, broadcaster and media trainer Joseph Warungu reflects on the aftermath of Lupita Nyong’o’s historic success at the Oscars.

Although the 2014 Academy Awards ceremony has come and gone, its after-effects are still being felt in Kenya. The first wave of activity happened soon after Lupita Nyong’o was announced Oscar winner for best actress in a supporting role in 12 Years A Slave. The media, especially on Twitter, went wild with jubilant Kenyans sending and sharing the news, joy and jokes. One Kenyan created much laughter by asking: “Which is this Oscar guy that Lupita has won over?”

Yet others began to wonder whether it was now time to seriously analyse what the waters of Lake Victoria – on the shores of Kisumu in Western Kenya – actually contained.

That region of the country and its Luo community have made global history for a second time. ‘Dream big’ It was the home of both Barack Obama’s father and Lupita Nyong’o’s family. Indeed, her father, Anyang Nyong’o is the Senator for Kisumu county and some of Kenya’s sharpest minds come from this region. [caption id="attachment_8849" align="alignright" width="300"] 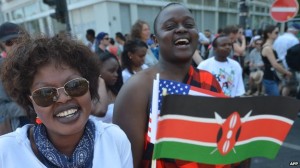 Lupita Nyong’o’s success has made many Africans proud of their identity[/caption] And thanks to her comments, we now have a blue Nairobi. The Kenyan capital has always been known as the green city in the sun, because of its parks and trees. Although with weather patterns running amok, it often feels like the great sun in the city.

But not any more. Thanks to Lupita’s comment that the beautiful light blue dress she wore at the Oscars reminded her of Nairobi, we now have Nairobi blue.

Whether this is a new colour, city, dress or state of mind, I can’t tell. What I know for certain is that Lupita’s “your dreams are valid” statement in her acceptance speech has become a catch-phrase and a rallying call for Kenyans, especially the youth, to dream big. You’ll now hear young artists and upcoming entrepreneurs saying that they will push themselves to rise to the highest ranks – because their dreams are valid. ‘Collective heart failure’ Lupita’s victory at the Oscars is a demonstration that the African craft of telling or portraying stories is at the highest global standard. The fact that she won and faced the world without lightening her dark skin complexion, or extending her short African hair, makes another statement – that an authentic African identity does not have to be negotiable for Africa to be heard loud and clear across the planet.

Proudly African, Lupita even gave the Western world collective heart failure as they struggled to pronounce her second name correctly.

As an ever-optimistic believer that Africa will soon take over the world, I feel the time has come for the continent to dream mega and now use its own voice to narrate the African experience. Hollywood is one of the biggest factories and exporters of Western culture and the American experience. And Africa is a big importer of the same. ‘Global fashion’ But the boot is gradually shifting to the other foot with Africa already exporting its sporting talent, its innovations and some of its culture from sources such as the Nigerian Nollywood film industry. [caption id="attachment_8850" align="alignleft" width="300"] 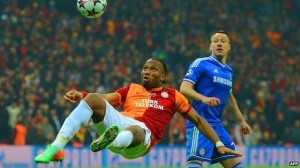 Ivorian footballer Didier Drogba has shown Africa’s talent on the sports field[/caption] Now we must export our thinking. When the world begins to think what we think and why we think it, our story will move from what author Chimamanda Ngozi Adichie describes as the single story, to being understood in its truly complex weave of the African. For this to happen we have to believe that our dreams are valid and that only we can validate those dreams. It’s also about believing in ourselves as Africans – that we can change the world, even if it’s one colour at a time. Lupita’s Nairobi blue certainly seems to have the potential of becoming the new black on the global fashion scene. *Source BBC]]>