Ghanaian actor Van Vicker talks about his life as an actor, his marriage and other issues.  He also took his time to address an insult he got from Nollywood actress Genevieve Nnaji and his rumoured affair with Chika Ike. Interview Excerpt: 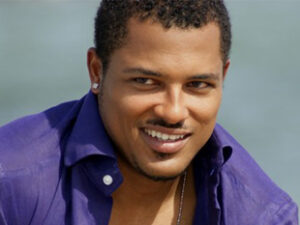 You are known for your lover boy roles. Where did you get your good looks from? I don’t know. I can’t really say if it was my mum or my dad. I would say it was a blend of both of them, because if my mum had been married to someone else or my dad had been married to someone else, the result would probably have been different. We all know how intense the sun in Ghana is, yet you have remained fair in complexion. Do you have any beauty regimen? I do get sun-burnt sometimes, not only in Ghana, in Nigeria as well; it depends on the location of the movie I am shooting. But I drink a lot of water and I eat in bits. That’s it. We have heard so many rumours about you? How do you feel when you hear rumours about yourself? Many times, I don’t bother about it, because I know it’s one of those things. Sometimes if I can counter or debunk them through my social networks, I do; but people will continue to say such stuff anyway. How do you handle being a father, husband and an actor? I don’t think it’s such a big deal. I lead a normal life; I just go about (performing) those roles. When I’m at home, I am at home; and when I am at work, I don’t joke with it. I do things that a normal dad would do. It’s the same with you. I don’t know if you are married, but any person who is married, works and has kids would go home after work and cater for the family. And that’s the same thing I do; there’s nothing extra-crazy about it. When I’m at home, I play with my kids when I’m supposed to. But when you have to leave home for days and go on set, how do you make up for those times you are away? Well, usually, when I get back, I try to spend a lot more time with them. We go to the beach or the pool, watch movies, or take a long drive; or we stay at home and play games. I try to make up for so many things. Who are your best Nigerian actors and actresses? (Laughs) You are not going to put me on the spot with that. I have enjoyed working with all my colleagues. There was a time Genevieve said you weren’t a good actor. How did you react to that? I read the article but I wasn’t bothered about it because that was her opinion, and she is entitled to it. I never responded to it, and I don’t think I will. Nevertheless, I don’t have any ill feelings towards her. Now, whether her opinion has changed or is still the same, it doesn’t make much of a difference to me, because I know I am a fantastic actor and I am doing what I am doing with passion. I am enjoying it and I am making the best I can of it. Having said that, if I am given a job to do and she is involved, I would do the job. I won’t say because she said this, I won’t do the job. But if you have the urge to confront her, won’t you? If I meet her at a function or on a movie shoot, I’ll ask her; but I won’t do it through the media. Some of these things people write in the papers or on the blogs are not even true; it’s possible they twisted her words. They do it to me all the time, so it’s possible they did that to her. But when I meet her personally, I will ask her if she did say that. And if she did, the conversation will continue, as to why she said it and how she said it. You have an accent. What is your background like? Well, I am a mixture of Dutch, Liberian and Ghanaian. What was growing up like? I grew up with two women in my life – my mum and my sister; and we always moved from place to place. I lost my dad when I was six, so I did not really have a father around. My mother taught me how to be strong, do the right thing and made sure I became a good breed – unlike what many people say about light-skinned guys… What do people say about light-skinned guys You know what they say; I don’t need to tell you. I don’t know what they say. I’m also light-skinned, so tell me. Okay, let me not say light-skinned, but the ‘half castes’. People usually say they are bad boys. And you are not a bad boy? No, I am not. You got married quite young. How do you overcome temptations from your close female friends and colleagues? Well, I mentioned earlier it’s my mindset: keep it professional. I try to be as professional as possible, and you know sometimes, you have to be in a romantic scene with an actress and still keep it professional because that is the beauty of the job. You can actually be romantic and get the viewers to understand that you are actually in love with a particular lady but at the same time, when they say ‘Cut!’ you don’t have any feelings for her. 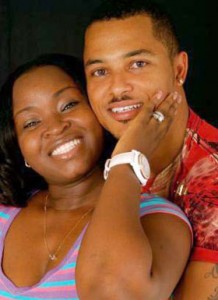 Have you ever got attracted to any actress you have been on set with? I don’t think so. The only one I have ever read about was when they said that I broke up Chika Ike’s marriage. I don’t see how that makes sense; but they said I helped to break her marriage. What about your female fans? How often do they disturb you? What do you mean by ‘disturb’? How often do you get calls, mails and tweets from your female fans? I wouldn’t call it disturbance; they are people who enjoy my work and want to get to know me personally. Yes, I do get calls often, but I try to adjust. I can’t keep up with all of them, so sometimes I just ignore while sometimes, I try to answer their questions and enquiries. How does your wife handle your female fans? She is very cool with them. She understands the nature of my job and she is totally in support of what I do. She has the same mind that I have – which is to keep it professional. Do you have any weakness? I find it difficult to get angry, even with respect to acting. It is quite difficult for me to get angry while acting because naturally, it takes a lot to get me angry. And when I have to get angry in a movie, it drains me. But in the past three years, I have been able to work on that. *Source Naija Mayor  ]]>