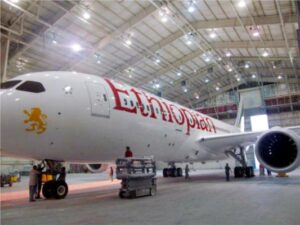 Vienna will be the ninth European city served by Ethiopian and is the capital and largest city of Austria, hosting major international organisations such as Organization of Petroleum Exporting Countries (OPEC) and United Nations Industrial Development Organization (UNIDO). This milestone by the company is possible as a result of the airline’s partnership with fellow Star Alliance member, Austrian Airlines, which has strong connections in Central and Eastern Europe. “We are very happy to spread our wings to Vienna, which is one of the most popular convention and conference centres in Europe. In addition to serving the growing travel needs between Vienna and Africa, we will be able to offer efficient connections between Africa and Central/Eastern Europe in cooperation with our Star Alliance partner, Austrian Airlines. Europe, which is still the largest trading partner of Africa, is an important region for us,” Tewolde Gebremariam, CEO of Ethopian Airlines said. The airline, which was initially serving 79 international destinations across 5 continents, will now be serving 80 as a result of this development. This is in line with Ethiopian’s Vision 2025, a 15-year development plan where the company plans to have a total of 120 fleets, carrying over 18 million passengers and 720,000 tonnes (710,000 long tons; 790,000 short tons) of cargo across 90 destinations with staff strength of 17,000 employees. *Source Ventures Africa       This plan was adopted in 2010 after the company succeeded in not only achieving but exceeding “Vision 2010″ targets through cost management and an aggressive market campaigns.]]>