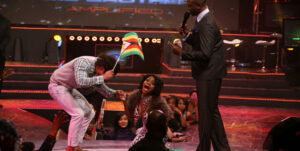 Zimbabwean Wendell Parson and Karen Igho of Nigeria when they won the BBA season six in 2011. Photo/FILE[/caption] With the year now well in, we are moving closer to the annual drama that is the Big Brother Africa (BBA) reality show, expected to be aired in August.