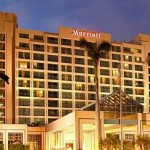 No fewer than 136,000 new jobs will be created by the hospitality (hotel) sector in Africa this year, a new research by consultancy W Hospitality Group, which specialises in the hotel business in Africa has revealed. According to the consultancy firm, about 87,000 will be added in 2015, 70,000 in 2016 and 27,000 thereafter based on current signed contracts from international brands with regional brands and non-branded developments to come. Additional jobs may also come from new deals signed and other development, it said. While hotels like Hilton Worldwide, Accor, Carlson Rezidor as well as Starwood and Marriott have been touted to lead continental recruitment; the report said growth in demand for hotel workers varies substantially from country to country. In North Africa – where the hotel industry is more developed and growth is relatively slower – about 115,000 jobs will be created across five countries, while Sub Saharan Africa will see 165,000 jobs provided across 23 countries. The five North African countries are in the top 10 in Africa, while Nigeria leads the way in Sub Saharan Africa with 53,000 jobs. It is followed by Ghana with 11,000, Angola with 9,000, Ethiopia with 8,800 and Uganda with 8,500, the report said. “The main reasons for the slower growth in North Africa include the opening of hotels in the 2012 pipeline, particularly in Algeria, a reduced investment focus on North Africa due to political concerns and a greater emphasis on development in sub-Saharan markets,” said Trevor Ward, MD of W Hospitality: “It is very good for the hospitality sector that so many major international brands are blazing a trail, because they will bring a requirement to meet international service standards,” he added. *Source Ventures Africa]]>