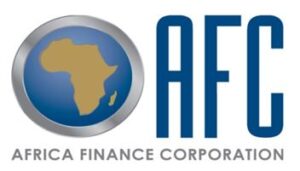 The Africa Finance Corporation (AFC) (http://www.africafc.org), an African-led multilateral development financial institution whose mission is to improve African economies by proactively developing and financing infrastructure assets announces details of its inaugural Summit. The Summit, titled: ‘AFC Live: Bridging the Infrastructure Divide’ responds to the need to open a dialogue to address the scale of Africa’s infrastructure requirements and its investment deficit, which is conservatively estimated at over US$40 billion per annum over the next ten years (1). The Summit takes place on 25 March 2014 at the Eko Hotel & Suites, Lagos, Nigeria. The Summit will bring together African politicians, business leaders and academics for a series of lively panel discussions. Confirmed speakers include: Jim O’Neill, the economist and former Chairman of Goldman Sachs Asset Management, best known for coining the ‘BRIC’ and ‘MINT’ acronyms, as well as: •          Dr. Ngozi Okonjo-Iweala, Coordinating Minister of Finance and Economy, Nigeria; •          Prof. Chinedu Nebo, Minister of Power, Nigeria; •          Hon. Patrick Achi, Minister of Economic Infrastructure, Côte d’Ivoire; •          Hon. Cristina Duarte, Minister of Finance, Cape Verde; •          Mr Jim Yong Cai, Executive Vice President and CEO, International Finance Corporation; •          Mr Tony Elumelu, Chairman Heirs Holdings; •          Ms. Diana Layfield, CEO Africa, Standard Chartered Bank •          Dr. Nkosana Moyo, Mandela Institute for Development Studies; and •          Ms. Funke Opeke, CEO Main One The Summit is the must attend event for audiences interested in Africa’s infrastructure challenges. It will discuss issues such as Africa’s need to take the lead in bridging the investment divide whilst also accessing international capital as part of a joined up and holistic approach. Commenting on the upcoming Summit, Bayo Ogunlesi, Chairman of AFC, said: “The summit is a key opportunity to for a broad range of stakeholders, from national governments to the indigenous and international private sector and donor partners, to contribute to the development of constructive solutions to the deficit in infrastructure investment in Africa which continues to hold back economic growth on the continent.” “The Africa Finance Corporation is committed to serving as a catalyst for growth in infrastructure development in Africa, by focusing on investments in the sectors that are critical to economic growth on the continent and attracting new investment partners and country members.” Commenting on the Summit, economist Jim O’Neill, said: “I am delighted to be participating in the AFC’s inaugural summit which promises to address an important agenda. If Africa is to reach its potential as the home to some of the fastest-growing economies in the world, then infrastructure will play a vital role in making that happen. This conference provides an excellent opportunity to gather some of the most important figures in the region in order to discuss how this can be achieved. The AFC plays not just a vital role in brokering these discussions but also in financing and advising some of most transformative infrastructure projects on the continent.” Key sessions at the Summit will include: •          ‘Building the New Africa – action plan for the next decade’ •          Panel 1: power sector •          Panel 2: transport sector •          Panel 3: natural resources AFC (http://www.africafc.org) is an African-led multilateral development financial institution, established in 2007, whose mission is to improve African economies by proactively developing and financing infrastructure, industrial and financial assets. •          AFC is involved as an investor, developer and financier of various infrastructure projects, and is gaining recognition as the benchmark institution for financing the development of infrastructure projects in Africa. •          AFC’s current authorized share capital is USD2.0 billion with shareholders’ funds of USD1.24 billion and a 2013 funding programme of USD700 million. •          AFC is the second highest investment grade-rated multilateral financial institution on the African continent, with an A3 (long term) /P2 (short term) foreign currency debt rating by Moody’s Investors Service. AFC’s projects: •          AFC is the lead investor in the award winning Cabeolica project, a USD90 million, 26MW landmark renewable energy wind power project in Cape Verde. •          AFC is the Technical Adviser to the Central Bank of Nigeria (CBN) on the CBN’s USD2.0 billion Power and Aviation Intervention Fund (PAIF). •          AFC is a partner with Vigeo Holdings Limited and Tata Power Delhi Distribution Limited for the acquisition of power distribution assets, and a lead financier in the acquisitions of the Kainji and Ughelli power generation plants in the current Nigerian Government power sector privatisation round. •          Additionally in Nigeria, AFC made investments to support marginal field operators in the up and mid-stream oil and gas sector companies such as Neconde, FHN and Seven Energy. •          AFC is also the lead investor in Cenpower Generation Company Limited (Cenpower), which is implementing the Kpone IPP project – a 340 megawatt combined cycle gas turbine power plant in Tema, Ghana. •          AFC is the lead investor in the Main One fibre optic cable project, enhancing West Africa’s connection to Europe and the rest of the world through faster and more technologically advanced broadband capacity. •          AFC provided a USD50 million convertible debt investment in ARM Cement Limited (ARM), the second largest cement operator in Kenya to support expansion initiatives across Eastern and Southern Africa including; development and construction of a lime plant in Tanzania and expansion of ARM’s cement capacity in Kenya. The transaction marked AFC’s first bilateral investment in Kenya. •          AFC provided financing for Ethiopian airlines fleet expansion in the acquisition of Africa’s first Boeing 777 airline. •          AFC also invested in the Bakwena toll road project in South Africa, and in the EURO 270 million Konan Bedie Toll Bridge in Côte d’Ivoire; the signature Transport PPP project in Francophone Africa, underscoring its interest in investing in PPPs/PFIs in its focal sectors across the African continent. •          AFC launched a landmark USD15 million project development facility with the Dutch Development Bank FMO in January 2013, to fund early-stage equity investments in projects under development pre-financial close, in the infrastructure sector across sub-Saharan Africa. •          The AFC has established partnerships with national, regional and international organizations and with sponsors that are active in the infrastructure space in Africa.  *SOURCE AFC/APO]]>