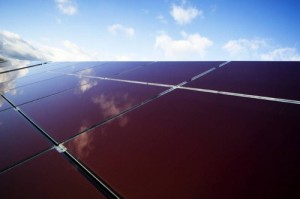 Sierra Leone, February 3, 2014/African Press Organization (APO)/ – Mulk OGI – Oasis Gulf Investment, FZC, a company of the Sharjah-based diversified conglomerate affiliated to Mulk Holdings (http://www.mulkholdings.com), has recently won a multimillion USD contract to provide Engineering, Procurement and Construction (EPC) expertise for the pioneering USD 18 million project, based in Freetown, Sierra Leone, and to become one of West Africa’s largest solar parks. The EPC part of the project will be spear headed by Mr. Khurram Nawab founder of MULK Renewable Energy and inventor of its broad and innovative patented Solar Technologies portfolio. The Solar PV panels will be sourced through a partnership with Masdar PV, a 100% subsidiary of Masdar, Abu Dhabi’s multifaceted initiative for innovative renewable energy technologies, launched and owned by Mubadala Development Company. The Solar Park in Freetown, with a capacity of 6 MW, has been selected from over 80 competitive project applications and countries for the first funding cycle of the prestigious International Renewable Energy (IRENA/ADFD) project facility. All the selected projects contribute towards helping address energy security, improving energy access as well as creating a broad socio-economic impact. Further, each project will inspire and enhance the development of renewable energy projects across the globe. The proposal and implementation of the project in Sierra Leone is going to be carried out by an AED 2 Billion consortium coordinated and initiated by Mr. Bahige Annan – The Consul General of Sierra Leone in Dubai, UAE and IRENA Focal Point, Mr. Siray Timbo – Special Envoy of The President of the Republic of Sierra Leone and Mr. Filip Matwin, General Manager of Advanced Science and Innovation Company (ASIC) LLC, who will also act as the manager of the overall project. “I feel glad that our effort to get this clean energy project to the forefront has been successful. From the start, I have been constantly driven to change this thought into reality and now I’m definite thatwith our joint technology expertise and support of The Ministry of Energy of Sierra Leone andAdvanced Science and Innovation Company(ASIC), we will be able to successfully deliver thislandmark project in the best possible way” says Mr. Bahige Annan. The solar park will produce sufficient energy so as to provide electricity to approximately 3000 households on average in Sierra Leone. The overall performance complies with 8.5% of Sierra Leone’s total energy consumption and ensures the supply of energy on a more renewable, affordable and sustainable basis in the future. The goal is to achieve 25% of the country’s energy generation from renewable sources by the year 2015. Mr. Nawab Shaji Ul Mulk, the Founder and Chairman of Mulk OGI – Oasis Gulf Investment, FZC and Mulk Holdings says, “This venture is a big step towards helping us strengthen our base further in the African market and at the same time it has given us a great opportunity to implement our in house patented solar technology in the PV space.” *About Mulk Renewable