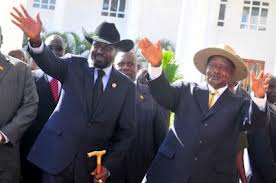 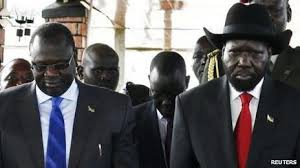 However Ugandan “foreign policy” has been constructed under an expansionist platform present in one form or the other under all its leaders including Amin and Obote but more so in the last 20 or so years. Whether this is by design or the consequence of the presence of weak states around Uganda for that entire period is certainly for debate. There are those who reason foreign policy as something that is “done” to African governments. They would be wrong half the time. It appears to me at least that state-making is shaping up to be a multi-nation process in the Great Lakes and Ugandan participation is a direct result of the military state that sits at the heart of its so-called democratic enterprise. or source of the willful disfiguring of the currents behind power struggles, territorial disputes and economic wars. [Below Deputy FM Okello Oryem] *View Original Article here]]>