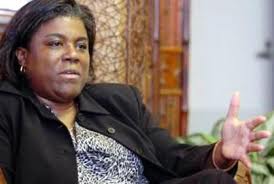 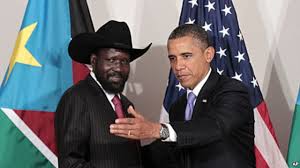 The IGAD-led negotiations offer the best hope for South Sudan and the region. An agreement to end hostilities will provide much needed time and space for dialogue to begin on the core political and governance issues that are at the root of this crisis. Both sides must recognize that there can be no military solution. We have made clear to the rebels that we will not recognize a violent overthrow of a democratically elected government. At the same time, we have urged the government to open political space to allow for greater inclusion. The United States also strongly believes that the political detainees currently being held in Juba must be released. These individuals should join discussions in Addis to enlarge the chorus of those seeking constructive solutions to resolve this growing catastrophe. I would add that during a recent meeting between the IGAD negotiators and the detainees, they reiterated that their status should not prevent an immediate cessation of hostilities. Each day that the conflict continues, the risk of all-out civil war grows as ethnic tensions rise, more civilians are killed, injured, or forced to flee, the humanitarian situation grows more urgent, and those who have remained on the sidelines are increasingly pulled into the conflict. In addition to calling for an end to the violence, dialogue, and the release of political prisoners in Juba, the United States is exploring the possibility of appropriate pressures against individuals on both sides who interfere with the peace and reconciliation process in South Sudan or are responsible for serious human rights abuses. Let me conclude by saying that I am gravely concerned that the crisis in South Sudan has the potential to escalate even further. South Sudan’s leaders on both sides are, I fear, breaking their promises to their own people. While we do not know the scale of atrocities that have been committed thus far, there is clear evidence that targeted killings have taken place, with Dinka killing Nuer, and Nuer killing Dinka. Countless civilians, including women and children, have become victims of violence perpetrated by both government and rebel forces alike. Each violent act threatens to return South Sudan to the cycle of conflict and destruction that South Sudanese of all ethnicities and backgrounds voted to end when they voted for independence in 2011. But just as each act of violence may ignite retribution, each step towards peace offers the chance to rebuild. Breaking this cycle, and ensuring that Africa’s newest nation continues to move forward rather than backwards, is of highest priority to the United States and the international community. I want to thank you for your continued commitment to the people of South Sudan, and I look forward to your questions. *  Linda Thomas-Greenfield is Assistant Secretary, Bureau of African Affairs.This was part of a Testimony to the House Committee on Foreign Affairs. Source State Department *]]>