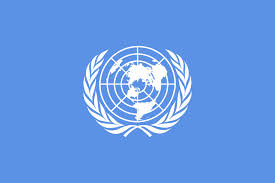 On 9 January, members of the Security Council were briefed by Department of Peacekeeping Operations Under-Secretary-General Hervé Ladsous, United Nations Mission in South Sudan (UNMISS) Special Representative of the Secretary-General Hilde Johnson and Special Envoy of the Secretary-General for Sudan and South Sudan Haile Menkerios on the situation in Sudan and South Sudan. The members of the Security Council reiterated their strong support for the mediation efforts led by the Intergovernmental Authority for Development (IGAD), and welcomed the appointment of the IGAD mediation team chaired by Ambassador Seyoum Mesfin ( Ethiopia), as they seek a peaceful settlement to the crisis in South Sudan.  They welcomed the 8 January IGAD statement reflecting the political detainees’ support for talks on an unconditional cessation of hostilities and their position that their detention should not be an impediment to reaching agreement on a cessation of hostilities. The members of the Security Council underlined their demand for President Salva Kiir, former Vice-President Riek Machar and other political leaders to demonstrate leadership by immediately agreeing to a cessation of hostilities and commencing a broader dialogue as proposed in the mediation efforts under way by IGAD in Addis Ababa.  They also urged Mr. Machar, in particular, to move forward and agree to a cessation of hostilities without precondition.  They requested the Government of the Republic of South Sudan, in particular President Kiir, to release all political leaders currently detained in order to create an environment conducive to a successful dialogue. The members of the Security Council demanded an immediate end to all human rights violations and abuses and stressed that those responsible will be held accountable.  They welcomed and encouraged the important efforts of UNMISS to monitor, investigate, verify and report on human rights violations and abuses.  They also welcomed the African Union Peace and Security Council’s (AUPSC) 30 December 2013 decision to establish a commission of investigation to ensure accountability, reconciliation and healing among all South Sudanese communities. The members of the Security Council noted the 30 December 2013 AUPSC communiqué expressing the AUPSC’s intent to take appropriate measures against all those who incite people to violence, undermine the protection mandate of UNMISS, and carry out acts of violence against civilians and unarmed combatants. The members of the Security Council renewed their calls on all parties for:  (1) cessation of violence and hostilities; (2) the protection of civilians, including foreign nationals and United Nations personnel; (3) provision of humanitarian access; and (4) security of economic infrastructure, including oil installations and the safety of the employees. The members of the Security Council also strongly discouraged external intervention that could exacerbate the military and political tensions. The members of the Security Council reiterated their strong support for UNMISS leadership and personnel for their life-saving work and commended the Member States who continue to quickly respond to the United Nations’ requests to bolster UNMISS.  In this regard, they stressed the importance of swift implementation of the increase in UNMISS troop numbers authorized by Security Council resolution 2132 (2013), and called on all parties to support and facilitate this increase.  They further condemned incidents of obstruction of UNMISS operations including by land, air and water, and renewed once again their demand such incidents not be repeated and that all parties cooperate fully with UNMISS operations. SOURCE  UNITED NATIONS]]>