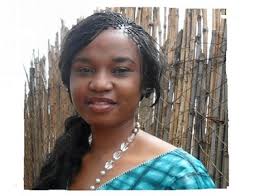 A petrified world watched as Thamsanqa Jantjie jabbed incoherent fists in the air by way of signing to deaf viewers during the Nelson Mandela Memorial. Signing with a countenance molded out of Plaster-of-Paris, deaf people and all conversant with sign language knew – within five seconds – that the man was grossly out of line. Mr. Jantjie would later blame schizophrenia for his bewildering behavior. He insists he is very well qualified for what he does for a living and has interpreted in many high profile international conferences with world leaders in attendance. His schizophrenic attack came upon him suddenly on that day, he stated; as soon as he mounted the podium, he began to hear voices inside his head.

In his formal apology to deaf associations across the world, Mr. Jantjie said, “I am on treatment for schizophrenia… Sometimes I will see things chasing me”. Mr. Jantjie’s sudden attack of schizophrenia might as well be said to be a final word from Madiba on the last remaining hurdle for Africa to overcome toward setting itself on the path to authentic and sustained advancement. In Africa’s parliaments, presidential palaces, classrooms, boardrooms, and living rooms, Africans hear voices of other peoples, nations and continents telling them what to do, when to do it, and how to do it.

Just like Mr. Janjtjie stood in front of millions of people all over the world and acted out his schizophrenia, so do African governments, intellectuals, business people, students, teachers and parents stand before a petrified world and do the bidding of the United States, Europe, China, the World Bank, IMF and others. The world looks at Africa and wonders what is wrong with the continent, why Africa can’t stand up and act for itself, and do the right thing. But Africa appears to be compelled by the will and wish of others to act out of tune with what is expected of it. The World Bank and IMF, oftentimes poorly informed about the continent’s realities, draft ill-fitting economic policies, which African governments implement as is.  European countries especially the former colonial powers remain strongly in charge of much of the economic situation of their former colonies. China arrived Africa with a bang. It has so far built a ‘befitting’ headquarters for the African Union in Addis Ababa and several presidential palaces for African presidents, in exchange for near-unhindered access to the continent’s natural resources and manufactured goods markets.

Many years after colonialism, several Africans still hear the voices of the colonial masters in their head, urging them to dislike their neighboring ethnic groups.  Schizophrenia makes the African continue to look at his African neighbor from another ethnic nationality with disdain and hatred, magnifying his weaknesses and minimizing his strengths. The exact same way the colonial governments wanted it to be, in order to ensure that the ethnic groups did not unite to topple the colonial order. The embers of the colonial voices are presently fanned by corrupt politicians who need to build on ethnic solidarity to fill their empty political tanks.  Many Africans who have not had meaningful interactions with other ethnicities within their countries voice deep-seated and deep-felt  disregard for these other groups. That is schizophrenia. The voices that speak in the heads of Africans against their neighbors date years back and continue till today. That is why it is the easiest thing for other continents to enter Africa and exploit the people. The energy that Africans should invest in building up is invested in tearing down one another.

It is schizophrenia that makes the African cheat himself, his fellow citizens and his nation through bribery and corruption. In his head, he still believes that the government belongs to the white people and it is not his personal business to ensure its progress. Indeed, in several African languages, civil or public service is still literally translated as “white man’s job”. Africans hear the voices of the former colonial masters in their heads, forcing them to work for Her or His Imperial Majesty. It is therefore, very easy for a Halliburton to connive with Nigerian government workers to deprive the country of billions of dollars in tax revenue. The country, in the head of the Nigerian, still does not belong to him.

Schizophrenia has stopped African governments from overhauling the academic curricula across Africa’s primary, post-primary and tertiary institutions to better reflect Africa’s challenges. More than 50 years after several African countries obtained their Independence, most of the big industries and mineral exploring companies in Africa are still owned by non-Africans. What are African children learning in school if not to manage their own resources? It is schizophrenia that makes the most mineral rich continent dependent on the world for its daily sustenance. The colonial masters ensured that the continent did not imbibe the principles of entrepreneurship, creativity and innovation. That education in Africa prepared the African to serve as clerk, secretary or at best personal assistant to the colonial chief executive. Many years after the end of colonialism, even at the informal and non-formal levels, academic conversations and curriculum do not reflect the need to create something new or build up on the existing. Incomprehensible ethnic divisions still plague Africa’s social space, but very few students in Africa are taught Social Psychology, a course that is well equipped to address social differences through explaining its origins and how it should be handled for every body’s benefits. Unfortunately, from kindergarten to the Ph.D. level, education in Africa is mostly founded on utopia, a chasing after other people’s ideals and aspirations to the detriment of the continent’s own needs. How schizophrenic.

It is schizophrenia that makes the African want to copy as much western culture as possible without understanding the philosophy behind it. That is why an African is quick to show that he speaks with a western accent, but pleads African time with the same western accent. What is there to be proud of about not keeping to one’s word or keeping to time? If one is proud of speaking with western accent and identifying with western culture then s/he ought to be proud to identify with such positive western values as well. Schizophrenia makes present day Africans rob their children of their mother-tongue in the name of progress. While Indians, Chinese and the rest of the non-English speaking world export Africa’s resources with only a smattering of English language, the African perpetuates self-hatred and a disdain for everything African in his child by restricting him to a language that is not generated from his environmental realities.

In his lifetime, Nelson Mandela sought to free South Africa from the clutches of those who spoke words in the ears of his African brethren. Those who forcefully, and using the state and diplomatic machinery sought to overtly direct the African’s thoughts, words and actions. When apartheid finally ended, the bureaucratic machinery supporting the voices ceased, but the voices did not stop speaking in the heads of South Africans, just like in the heads of other colonized Africans. Since colonial times, when the butt of a gun for mild rebellions, and bullets for the serious ones, were used to mentally reprogram Africans into submissiveness, succeeding generations through their parents and grand-parents continue to hear the commanding voices of all pale skinned mortals in their sub-conscious. If it comes from pale skin and straight hair, then it must be obeyed. The skin and hair can come from the East or from the West, it can speak any language, it matters not. The Marikana killings, the corruption that is the ANC led government and the sharp division between the rich and poor South Africans speaks to this. The continued struggle for speedy growth and advancement across Africa bears witness. The voices speaking in the ears of South Africans and Africans are no longer overt but now covert. It has been disrobed of its legitimate use of physical force, but its emotional and mental force over the actions of Africans still persists. 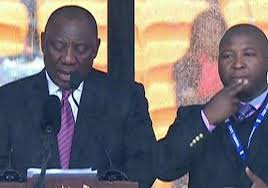 Nelson Mandela did his best by giving his life to break down the last strongholds of legitimate oppression in Africa. It is now in the hand of every informed African, who desires to honor the memory of Madiba to begin to take urgent steps to wean himself of schizophrenia, of hearing the voices of the erstwhile colonial masters and apartheid regime from deciding his thoughts, words and actions.  Africans themselves, as individuals and within their individual capacities in the continent are the real and authentic vehicle for the continent’s advancement. In the words of Nelson Mandela’s comrade Steve Biko, whose life was cut short in his prime by the apartheid regime, “The first step therefore is to make the black man come to himself; to pump back life into his empty shell; to infuse him with pride and dignity, to remind him of his complicity in the crime of allowing himself to be misused and therefore letting evil reign supreme in the country of his birth.” (We Blacks, I Write What I Like, 1978). Mahatma Ghandi’s famous saying, be the change you want to see in the world is most apt for every African who wishes to rid himself or herself of the voices that plague the continent. In medical sciences, schizophrenia can only be treated with the active participation of the patient, its treatment is not an outside-in approach, neither is it a sickness that lends itself to a top-down treatment method. It is the same with Africa and Africans. The continent can only advance when Africans decide and learn how to shun external voices and distractions, and instead focus on building up themselves based on what is endogenously African. If Africans truly want to immortalize Madiba, then the continent must henceforth begin to imbibe his greatest attributes which is freedom from external and internal oppression, peace with one’s innermost self and neighbors, and progress in every imaginable area of life.

You may like Dr. Chika Ezeanya on Facebook at www.facebook.com/chikaforafrica. Visit Dr Ezeanya’s Blog for more of her writings. 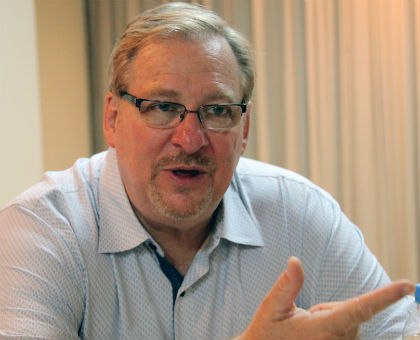 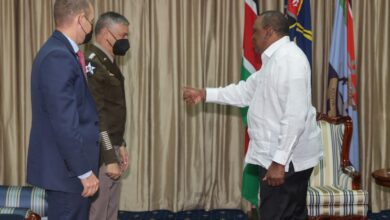