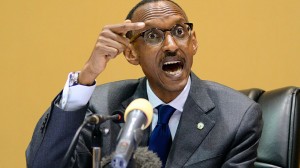 Rwanda President Paul Kagame has seemed to hint at involvement in the death of former spy chief Patrick Karegeya but SA would not respond. The South African department of international relations declined to respond to remarks by Rwandan President Paul Kagame on Sunday, in which he reacted to the murder of Rwanda’s former spy chief Patrick Karegeya. Kagame said those who undermine his country “usually face serious consequences, wherever they are”. Kagame told Rwanda’s leaders not to be apologetic about “what befalls the country’s enemies”, in a speech on Sunday.  The Rwandan National Congress, an opposition party co-founded by Karegeya, believes Karegeya’s death was a hit by an alleged agent of the Kagame regime. The body of Karageya – a fierce critic of Kagame – was found on New Year’s Day in a luxury hotel room in Johannesburg where he had spent the past several years in exile. Police, who found a bloodied towel and a rope in the room’s safe, said a preliminary investigation indicated he might have been strangled and opened a murder probe. Karegeya’s supporters immediately accused the Rwandan government of being behind his killing. Karegeya was the former head of Rwanda’s external intelligence service and once a close ally of Kagame. In 2004 he was demoted, then arrested and served an 18-month jail sentence for desertion and insubordination. He was stripped of his rank of colonel in July 2006 and he fled the country the following year. Kigali has not directly responded to these claims, but Kagame responded to Karegeya’s death for the first time on Sunday, and said he had remained silent on the issue so far because “there was no need [to respond]”. “We don’t seek permission to defend our country,” the Independent Magazine reported. The magazine quoted Kagame as saying Rwandans elected him to counter those who “plot” against Rwanda, and said he would confront “anything that seeks to disturb the peace of Rwandans”. “My job as president is to confront and defend Rwanda against people who want to destroy what we have been building,” Kagame reportedly said. ‘We can fight back’ Chimreports.com reported that a “visibly angry” Kagame said: “Those who were made who they were by Rwanda and then turn their backs on the country can be dealt with. We can fight back. “Whoever is undermining Rwanda usually face serious consequences wherever they are.” Spokesperson for the department of international relations and co-operation Clayson Monyela said he was aware of Kagame’s remarks but these had no bearing on diplomatic ties between South Africa and Rwanda, and declined to comment. This was because Kagame did not name “any individual or country” in his remarks on Sunday, and South Africa would not “second guess any head of state”. “The incident that happened in Johannesburg is being investigated by the police and we are all awaiting the outcome of that investigation. But we are not going to second guess any head of state; we don’t conduct diplomacy like that,” said Monyela. Kagame’s remarks follow some equally controversial statements by his cabinet ministers. ‘You die like a dog’ On Saturday, Rwanda Defence Minister General James Kabarebe reportedly said of Karegeya: “When you choose to live like a dog, you die like a dog.” He was quoted as saying, “Do not waste your time on reports that so and so was strangled with a rope on flat seven in whatever country. When you choose to be a dog, you die like a dog, and the cleaners will wipe away the trash so that it does not stink for them. “Actually, such consequences are faced by those who have chosen such a path. There is nothing we can do about it, and we should not be interrogated over it.” *Source M & G]]>