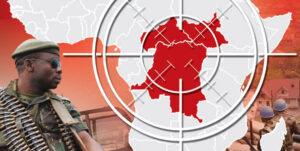 he crises in, CAR, DRC and South Sudan signal that the search for closer economic ties in the Eastern Africa region is headed for bumps as leaders shift focus to look for a long-lasting solution to the conflicts. TEA Graphic Nation Media Group[/caption] The hunt for closer economic ties in the East African region is taking a beating, stymied by the conflict in South Sudan, a close ally in proposed regional infrastructure projects.