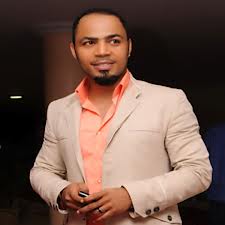 In this exclusive chat with The Entertainer, Ramsey Tokunbo Nouah recalls the unforgettable, tormenting experiences of his life when he was humbled by poverty. Here, he remembers the dark days when he slept under the bridge in Lagos without food. His story is quite touching. Excerpts: You are no longer constant in movies. What is happening to you? I am still on the screen; I pray for better industry than what we have. We don’t have a proper structure and it is affecting us. It is affecting so many of us because we don’t have a secured future. For instance, some veteran actors passed on and people had to gather just to try and give them a befitting burial. That shouldn’t be the case. We have an industry that just paid you one off. It is not in any way protective of the interest of the practitioners, it is not really helping us. I believe strongly that we need to do a more integrated production, quality production that will last, like when we started at the beginning. All the stories are not encouraging and technicality we are not growing, all these help to slow down the growth of the industry. And without growth there are can never be a future, without dynamics you can’t see the frontier. Basically, that’s what we are suffering right now and there must be changes. The concern of most people shooting now is about making their money back. They don’t have passion or love for the industry like we do. So, that’s the reason why I am not acting. I love doing a good job, something that will benefit the industry, a movie that whenever you pick it up, if it is five or 20 years you can still watch and be happy. I want a situation whereby I will do a job and my great grandchildren will know me by my work. ‘Oh my great grandfather did this, yes he is the one’. That is what I want to do to leave a mark, a legacy, no just a passing face. A lot of your colleagues have gone into producing their own movies. Is that the reason you don’t want to join the trend? I am working towards producing mine at the moment, but the reason why it is taking me this long is because I wanted to get it right. I don’t just want to come out with something little or something that wouldn’t be of standard. I am one of the pioneers saying that we should have a better industry. Definitely, I should come out with something really nice. And that’s why it is taking me so long but I will be coming out with something this year. You are a recipient of many awards here in Nigeria and Africa. What can you attribute that to and how does it make you feel? It makes feel like an achiever. I really feel good about it. It is like you are appraising me for my work and my input, and that is not a legacy for me. I love the fact that people love my work and they appreciate it and rewarding me for my work. It is the same thing for any person whatever profession it may be; doctor, pilot, journalist and even market woman, as long as you are passionate about your industry and people can see it and they believe that you have given so much and deserve an award. So, if a person deserves it then they should give it to such person. I love being appreciated, but I will love it more when I do leave a legacy behind. How do you define success? (Smiling) A whole lot of people define success as being rich and having it all. I define success as peace of mind. To me, I am successful; I do not owe anybody and I have a clean heart and clean spirit. I am a happy man from the inside; that makes me very successful. What is your greatest achievement as an actor? It is yet to come, my brother. I cannot yet boast of greatest achievement in the industry. It is not by my work, input as an actor, no! Like I said, it will be by my legacy. Most actors refer to you as their role model. Who is a good actor? 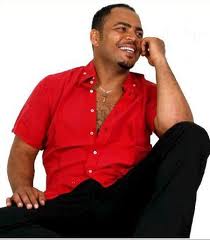 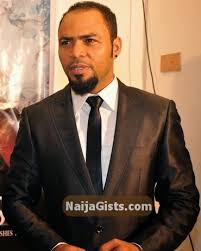 Those were the times when things got really bad for my mother and I and we had nothing. It was so bad that we didn’t have a home or shelter to live in. We had to stay in a store, a small store that could take only one mat. My mother and I squeezed ourselves in that mat. We didn’t even have a cup to drink water not to talk of a stove to cook. And my mother had to borrow, beg and stuff like that. These were moments when I was young I didn’t realize the gravity of poverty we were in, I couldn’t tell. But it was a good orientation for me. It was moments that I thank God for making me past through, because that has sustained and helped me even as an actor. The ability to deliver all the roles they give me because I have tasted both sides of the coin. With all these experiences, what has life taught you? Life has taught me never to look down on anybody because the person you disregard might just be your saviour tomorrow. I realized that all my mother’s property was washed away by rain. We couldn’t sleep all through the night because of the flood. It was really terrible. Like I said, it is a life lesson. Is there anything that can make you cry or shed tears after all you passed through? Yeah, those moments; those terrible moments when we had nothing and we were living off people. People were just helping us out. There were times we didn’t have food to eat three or four days. You haven’t eaten and your stomach is rumbling but you don’t have any place to go. There was a time I lived on the street, in shops. There was a time I slept under the bridge. It was unfortunate that there were no records so that we can have memories we could play back now. To me, I am so extremely grateful that I went through it. At that time I hated everybody around me. In fact, I used to question why God was doing this to me. But I think God knew that I needed this for my future. *Source The Sun]]>