It was the first day of the year, January 1, 2014 – just some four days to Professor Bolaji Akinyemi’s 72 birthday. He had invited the quintet of President of the Guild of Editors, Femi Adesina, Editors of the Sunday titles of ThisDay (Tunde Rahman), The Nation (Festus Eriye), Sun (Alhaji Abdulfatah) and I for lunch. It was there that Akinyemi bared his mind on some very important national and international events in a manner only a man with uncommon intellect and insight would. Excerpts: By Jide Ajani 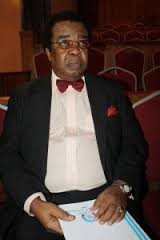