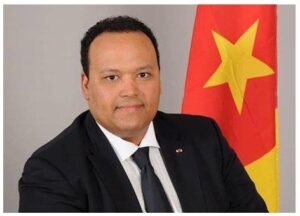 President Goodluck Jonathan has been nominated for the prestigious African Achievers Award under the category of ‘’ Peace Keeping in Africa’’. Also nominated for the Awards scheduled for February 28, 2014, Presidential Banquet, State House, Accra Ghana are, Nana Rawlings, Mandela Foundation, Hafis Ruefli ( the National President of Cameroonian Citizens Council), Hamza Mohammed Gabo Nasko ( Chairman HMG Group Ltd), Sandra Isabella Wilcocks, and a host of others Disclosing the development to newsmen at the Transcorp Hilton, Abuja, the convener of the most prestigious African Achievers Awards, Tonye Rex Idaminabo said that President Jonathan nomination resulted from Hisadministration’s role and participation in the promotion of peace, security and political stability in Africa by intervening in crises in Niger, Cote d’Ivoire, Guinea Bissau and Mali., the organizers also embarked on rigorous research to see what President Jonathan has done regarding peace in Africa. We have other nominees for the same category from all over Africa, and come February 28, at the Ghana state House, in Accra, the winner would be made public.” Also speaking, Ambassador David James Egwu, Director, Public Relations & Government Communications had called on Nigerians to nominate individuals of outstanding leadership and personal capacity who have contributed in their own little way towards the development of the African continents, as nomination forms are already available on the organization’s website. He said ‘’ this is a huge task. We cannot achieve this alone. We need people to tell us who should be considered for a particular award. That’s the essence of the nomination. We respect people’s opinion and we are open to any form of criticism.’’ David disclosed further that over 26 African countries would be participating in the next award that has been scheduled to hold on February 28, at the Ghana State-House, Accra. The African Achievers Awards Ceremony is aimed at recognising excellent individuals and organizations that have distinguished themselves while contributing to the growth and development of Africa. The focus is to motivate all African leaders, including prospective leaders and the youth by recognizing individuals and organizations that have contributed remarkably to the development of Africa. Recall that in 2012, the African Achievers Annual award was hosted by King’s College London after which the recipients of the awards proceeded to a Dinner at the prestigious Waldorf Hilton Hotel, London. The Award recipients of that edition include; Arch Bishop Desmond Tutu, who was awarded in recognition of his fight for human rights, justice and peace; Rt. Hon. Joyce Banda (President of Malawi) in recognition of her excellence in leadership; Hon. Thokhozani Khupe (Deputy Prime Minister of Zimbabwe) in recognition of her women empowerment effort; Mr. Babatunde Raji Fashola, SAN, amongst others. The event enjoys air coverage from Good Morning Africa (MNET official breakfast show on DSTV), BEN TV, UK, CNN, Afro Gossip TV, etc. Relatively, the 2013 edition of African achievers awards held in Hilton Hotels, Nairobi, Kenya on February 23, 2013, with the theme, ‘THE FUTURE IS AFRICA.’ Notable African’s who won the award during 2013 edition include; Late Prof. Atta Mills, former President of Ghana. He was honoured with a Posthumous Award for excellence in leadership. Other recipients include; Dr. Rilwanu Lukman who won a Life Time Achievement Award, Ugandan Dr. Margaret Blick Kigozi won The Special Recognition for Excellence; also on the list of awardees were Sir Chukwuemeka Ihedioha (the Deputy Speaker of the House of Representative of Nigeria), Mrs. Divine Ndhlukula, a Zimbabwean business woman who won the African woman of the year. for further information kindly visit www.africanachieversawards.org *Culled from africanview point journal .Published with minor additions from PAV  ]]>