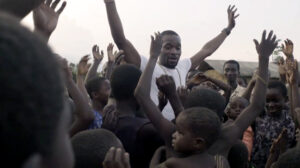 The ONE Campaign (http://www.one.org) today released a new report and launched Do Agric, It Pays, a campaign calling for African governments to commit to spending at least 10% of national budgets on effective agriculture investments, through transparent and accountable budgets. At the heart of the Do Agric campaign is an effort to push political leaders to adopt better policies that will boost productivity, increase incomes and help lift millions of Africans out of extreme poverty. Nigerian singer-songwriter D’banj was on hand for the Do Agric, It Pays kick-off event in Addis Ababa today. Civil society partners at the launch included the Pan African Farmers Association (PAFO), ActionAid International, Acord International, Oxfam, East and Southern African Farmers Forum , ROPPA, Southern African Confederation of Agriculture Unions, the Africa Union Commission, Becho Welisho and the Alliance for Green Revolution in Africa (AGRA). Campaign champions include Tanzanian President Jakaya Kikwete, Beninois President Dr. Thomas Yayi Boni and Côte d’Ivoire footballer Yaya Touré, with Touré starring in a new ONE PSA, which debuted today onhttp://www.one.org/doagric. The launch of Do Agric in Addis Ababa coincides with the 2014 January African Union (AU) summit, where heads of state have gathered to discuss key development challenges across the continent. The AU has declared 2014 the Year of Agriculture in Africa. “Now is the time to get our leaders to commit to a big push toward implementing effective agricultural policies, scale up public investment in agriculture and catalyze private sector participation in agriculture development,” says ONE Africa Director Dr. Sipho Moyo. “Of the more than 400 million Africans living in extreme poverty, 70% live in rural areas that depend on agriculture. Remarkably, the multiplier effect of agricultural growth in sub-Saharan Africa is estimated to be 11 times greater in reducing poverty than in other non-agriculture sectors, such as utilities and mining.(1)” D’banj said, “There are massive untapped business opportunities in agriculture that could create jobs for millions of Africans on and off the farm. I want Africans to know that farming is not only the foundation of the economy, but also that farming is cool. I believe that, if the needed attention is given to agriculture, we Africans will not only feed ourselves, but also the rest of the world.” “While other African leaders have made statements of good will, currently only eight countries have kept their promise to invest 10% of their national budgets in agriculture. It is therefore essential to do more, to go further. Agriculture is not only important, it is also vital. Agriculture pays,” said Yaya Touré. A new ONE report, called Ripe for Change: The Promise of Africa’s Agricutural Transformation, calls on African governments to implement an “enhanced CAADP” package of policies to accelerate economic development in Africa through an African-led agricultural transformation agenda steered by the AU’s own CAADP (Comprehensive Africa Agriculture Development Programme). The package of policy recommendations, which was developed after a lengthy consultation process with African farmers and farmers associations from all over the continent, includes: 1)        Make time-bound commitments to meet the Maputo pledge of spending at least 10% of national budgets on effective agriculture investments, through transparent and accountable budgets. 2)        Eliminate the gender gap in agriculture. 3)        Strengthen land governance and security of tenure rights. 4)        Reduce barriers to intra-regional trade. 5)        Increase R&D investment to at least 1% of agricultural GDP and bolster extension services. 6)        Integrate sustainability and climate resilience into national agriculture plans. 7)        Prioritise the reduction of post-harvest loss in national agriculture plans. 8)        Design nutrition goals into agriculture sector strategies. 9)        Foster an enabling environment for smallholder integration and responsible private sector investment. 10)      Accelerate implementation of agriculture plans and ensure results for smallholder farmers. 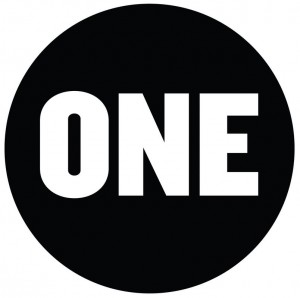 The report also highlights recent success stories resulting from increased agriculture investment and enhanced CAADP-style policy reforms, such as those in Ghana, Ethiopia and Burkina Faso. In Ghana, agriculture is the biggest driver of poverty reduction, with initiatives such as credit reform, targeted subsidies for farmers, and new infrastructure supporting private sector investment, particularly in the cocoa sector. Perhaps no country illustrates the opportunities that agricultural investment can unlock better than Ethiopia. Three decades after experiencing a devastating famine that captured the world’s attention, the country has boosted cereal production and emerged as a leader in agricultural innovation, with an agriculture growth rate of 7% on average since 2003. In Burkina Faso, the government spends 10% of its budget on agriculture, resulting in growth rates of more than 6% per year in the sector. Following reforms, cotton production has tripled, leading to export earnings of $165 million and household income growing by between 19% and 43%. Dr. Moyo added, “The good news is there are real success stories across the continent to build upon. These African-led successes must now be scaled, adopted and adapted across the region so that small farms can become small firms, young people can find good jobs and African economies can thrive. This virtuous cycle of agriculture-led industrialization will bring stability and prosperity across Africa. This is the future for African agriculture we can create together, if we seize the great opportunity of 2014.”   Citizens can learn more and sign a petition in support of agriculture investment and the enhanced CAADP reforms at http://www.one.org/doagric.]]>