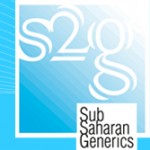 Herman Brodie[/caption] The ‘economic realities’ you mention include severe poverty. Millions of people in the region live on less than one US-dollar per day. And even though, the vast majority of S2G’s output will be sold to the public sector, healthcare budgets are stretched in Africa in the same way as they are elsewhere in the world. The key, therefore, is to produce essential drugs more cheaply. In the price of a generic drug imported from a developed economy, labor probably accounts for up 80 per cent of the manufacturing costs. In Africa these labor costs are far lower, allowing for profitable production even with much lower retail prices. Also, we believe pharmaceutical companies need to be more intelligent with the packaging when operating in sub-Saharan Africa in order keep costs low. One way is to make sure that the package contains no more of the drug than the patient actually needs to consume. As unfortunate as it is, many African governments trivialize health issues, from budgets, to infrastructure, training of Doctors and so on, what is the situation like in Senegal where the project is located, what has been the response of the government? We do not believe this statement applies to Senegal. The current government has made the implementation of universal healthcare a major political goal. For under-5s and over-65s this is already a reality. Similarly, out of concern for public health, some drugs, like those for the treatment of tuberculosis, are already purchased centrally and distributed freely to the population. On the education front, the Universite Cheikh Anta Diop (UCAD) in Dakar specializes in Pharmacology and is recognized in the West African region as a center of competence. Africa, well some parts of Africa are living through very exciting times and projects like yours are part of the reason people are growing increasingly confident, what does the continent need to get that break through, what needs to be to be done so that some of the genius of the Africans like you and others can be adequately put to the service of development? Africa simply needs more success stories. Who are some of the other partners that Sub Saharan Generics is working with? S2G already has the financial support of the sovereign wealth fund (FONSIS), the sovereign loan guarantee fund (FONGIP)   as well as a number of domestic institutional investors. Among these are ASKIA Assurance Senegal and CNART Assurances (Compagnie Nationale d’Assurance et de Réassurance des Transporteurs), both insurance companies; and CSTT-AO (Compagnie Sénégalaise de Transport Transatlantique – Afrique de l’Ouest), a transport and logistics company. LOCAFRIQUE, a company that specializes in financing agricultural equipment, will support the venture in kind through the favorable conditions for leasing some of the equipment. The future suppliers of active ingredients for S2G’s drugs will include Navasep Synthesis (France), Axyntis (France), and Amyris (USA).]]>