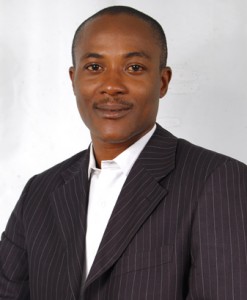 EMMANUEL OKOEGWALE[/caption] In what ways could governments help in creating the appropriate climate for an ambitious industry like yours to reach its potential? Governments are contributing by way of regulation which creates certainty and appropriates risk in the industry. Many governments are scrambling now to put in place regulation for mobile financial services where they do not currently have, some are reviewing and updating current policies in line with the realities and needs of the industry. In what way do folks in the mobile money industry guard against fraudsters? Fraud is a universal phenomenon and mobile money industry is not excluded however any decent provider will put in place sound risk management processes to prevent fraud and mitigate the effects in case of occurrence. Central Banks around Africa are mandating certain security standards that will help manage and reduce fraud to the barest minimum in the sector. Most of the frauds that had been experienced were those committed internally due to weak governance structure and poorly trained agency network providers. To those who will be interested in joining the expo after this interview, what do they need to do, what does it take to be part of Expo 2014? Three ways to participate namely sign up as speaker but we are pretty over loaded in that aspect now, take up an exhibition space and lastly register as a delegate at www.mobilemoneyexpo.com What next after the expo, any other events of a similar nature slated for the rest of the year? Like I mentioned, the event is annual and the rest of the year is devoted to smaller workshops while we work towards the 2015 agenda.            ]]>