On Monday, South Sudan’s President Salva Kiir announced that his government had headed off a coup attempt. At a televised news conference, Mr Kiir, dressed in a camouflage army uniform, told the world that a group of soldiers allied with the former vice president, Riek Machar (who was sacked in July when the president dismissed his entire cabinet) had been behind the attempted coup. “The attackers fled, and our forces are pursuing them,” Mr Kiir said and further stated “I promise you today that justice will prevail.” Mr Kiir imposed a curfew and affirmed that “the government is in control of the situation”. He further promised that “The Sudan’s People’s Liberation Movement (SPLA) is fully committed to the peaceful and democratic transfer of power and will never allow political power to be transferred through violence”. Despite this, at the time of writing unconfirmed reports say that at least 400 people have been killed and up to 800 wounded.

Historically, most military coups are perpetrated by power-hungry military officers seeking to depose existing regimes in order to rule their nations. Military officers in most coups abuse public trust and overthrow the existing regime, not to bring about structural change, but to concentrate power in their own hands and followers. Kiir’s words were therefore carefully chosen to denote this malicious move by his old comrade arms.

But are we witnessing a coup in South Sudan? Probably not. First, one should forget, or at least treat with caution, the wording employed by the actors involved the crisis. President Kiir has spoken of a “coup attempt” and “criminal actions” whilst Machar refers to the “manufacturing of a coup plot to launch a crackdown against the opposition…the country is to be united and cannot tolerate one man’s rule or it cannot tolerate dictatorship”.

It is more fruitful instead to think about the apparent collapse in cohesion of SPLA. The real issue at this juncture, as the head of the United Mission in South Sudan (UNMISS) Hilda Johnson expressed, is the discipline, command and control in the security forces. To come to terms with recent events we have to understand the SPLA – its politics, tensions and drama surrounding it.

South Sudanese politics is interwoven with low intensity warfare, inter-ethnic violence and norms of authority grounded in violence. This violence is designed to generate loyalty, fear and legitimacy within a region or an ethnic group vis-à-vis those in power. The army in South Sudan has a tremendous importance in two ways: both as a space for politics and as a ‘welfare provider’ within the nascent state. Furthermore, the make-up of the army reflects the divided politics of the country.

The political environment in South Sudan, as the events of this week testify, remains vulnerable to the mobilisation of armed force. Internal factionalism and defections have marked the SPLA in recent years. Commanders, particularly those from other armed groups integrated into the SPLA (particularly from the SSDF), have reacted to a perceived lack of integration and authority, power and military command. One notable case is that of Peter Gadet. After the Comprehensive Peace Agreement (CPA) in 2005, he obtained the opportunity to integrate into the SPLA with thousands of his soldiers, and acquired a high-ranking post as a major general. Gadet however, defected after he was moved from one army position to another and declared an armed revolt against the SPLA in 2011. A few months later he was offered an amnesty by President Salva Kiir. He re-joined the SPLA in August 2011. Duringthe current events, he has once again defected and his troops are in control of Jonglei state.

What these internal defections show is that the leadership of the SPLA and contending rebel militias alike continue to be deeply attached to ethnic and tribal identities, as well as patronage relations. Anyone connected to top army officers through family, clan or ethnicity has ready access to influence and benefits. In other words, the SPLA is still in the process of transformation from a conglomerate of several armed groups loyal to specific commanders into a professional, non-partisan, national army.

The SPLM has never been able to substantively move beyond existing tribal divisions and construct a national Southern Sudanese identity. The main reason for this is that political and military support has overwhelmingly been drawn from one particular ethnic group, the Dinka. Political and military domination by the Dinka has produced animosity among other ethnic groups.

During the liberation war this resentment was tactically manipulated by Khartoum and led to the emergence of various armed groups over the course of the conflict that fought the SPLA. The competing interests of different ethnic groups ‘survived’ the CPA interim period. Due to its predominantly Dinka composition, the SPLM’s political and military pre-eminence has also created a degree of ethnic dominance. John Young, an academic who has followed South Sudanese politics for several years, puts it this way:

“The SPLA had never succeeded in overcoming the tribal identities of its soldiers and developing a national ethos, as a result the army often operated as a collection of militias and warring factions whose members were more loyal to their tribe or individual leaders than to the SPLA hierarchy” (Young 2012).

His analysis can be extended to the SPLA’s post-independence situation.  As noted previously, it is not always easy to distinguish clearly between inter-communal conflict and ethnic struggles and insurgencies, especially when the conflicts involve members of the politically dominant Dinka group. Throughout 2011, ethnic violence persisted between Dinka and Nuer groups in the border area of Unity, Warrap, and Lakes States, resulting both in casualties and displacement. The worst of the violence in the first year of Southern independence, however, took place between Lou Nuer and Murle groups in Jonglei State in December 2011 and January 2012, affecting a total of 170,000 people in the state, killing hundreds and adding over 60,000 displaced persons to some 50,000 resulting from prior inter-communal conflict and insurgent violence

Historically, oil and the public sector have dominated South Sudan’s formal economy. Oil exports previously accounted for the majority of government revenues, financing 98% of the 2011/12 budget. A significant share of successive annual government budgets has been allocated to the security sector since the signing of the CPA. Security spending was at the top of the government priorities that aimed to “develop an efficient and effective armed force, to safeguard security and implement the CPA.” In 2012, 41% of the government’s expenditure was allocated to security – mainly as salaries to members of the SPLA.

Between 2005 and 2011 SPLA costs have actually increased by 33.6%. As a result, a new class division is emerging between people working for the security forces on the Government’s payroll system and the rest of the population. And the gap between these groups is likely to increase in the coming years. External support for the security sector aims partly at reducing the size of the security forces and redirecting military expenditure to other sectors such as health and education. Some observers view this as emblematic of patronage to a bloated military at the expense of development priorities. Government officials I interviewed in 2012 argued however that maintaining the SPLA’s morale and loyalty to the government is central to securing the state’s short-term stability.

What next for South Sudan? The task ahead is to comprehend and eventually change the basic structures and mechanisms of armed mobilisation in the country.  Another fault line is the absence of long-term plans that address all the domestic destabilising factors briefly described above, especially violence as a political tool of empowerment. President Kiir and Machar have played their cards on each other and, as a result, a latent danger of armed conflict impends in Africa’s youngest nation. 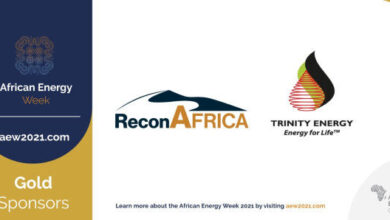 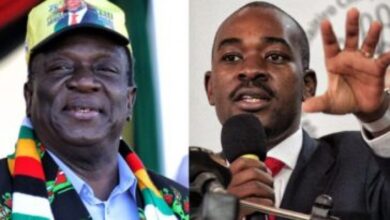