NAIROBI — In Kenya, one of the continent’s bastions of democracy, a new bill threatens to impose stiff penalties on journalists for articles deemed harmful by the government. In neighboring Tanzania, where President Obama visited this past summer, the government has shut down independent newspapers. And in Burundi, a new law forces journalists to reveal sources or face heavy fines.

“The region is on a slide,” said Henry Maina, East and Horn of Africa director for Article 19, a London-based human rights group. “There isn’t a country that is safe for journalists.”

Across East Africa, governments that are key allies of the United States and Europe, and recipients of billions of dollars in Western aid, have installed or are seeking to install draconian measures to curb press freedoms. Journalists have been accused of being terrorists, imprisoned for their reports and even killed in recent months. The actions come as local and regional media are increasingly investigating corruption, political and business scandals, and openly criticizing their governments, their reports splashed across front pages and leading the broadcast news.

Particularly alarming, human rights groups say, is the emerging climate in Kenya. The government has at times clamped down on the local press, but it remains one of the continent’s most boisterous independent media. Now, that could change.

Kenyan lawmakers voted this month to create a media tribunal with broad powers to impose fines of up to $240,000 on media companies, seize property and bar journalists from working. The legislation, widely considered the most repressive since Kenya’s independence in 1963, would also bring strong controls on radio and television broadcasts and restrict advertising revenue from foreign companies.

Critics say the measures, if signed into law by President Uhuru Kenyatta, could return Kenya to the days of dictatorship in the 1970s and 1980s, when an iron grip over the media prevailed. The proposed legislation comes as Kenya’s media have criticized the government’s response to the September attack on Nairobi’s Westgate Premier Shopping Mall. The attack, orchestrated by Somalia’s al Qaeda-linked al-Shabab militia, killed more than 60 people.

Critics also say the government has become more hostile to the media and civil society groups because it considers them as supporting the trials of Kenyatta and Deputy President William Ruto at the International Criminal Court at the Hague. The men are accused of orchestrating and funding mobs to kill and pillage during disputed 2007 elections.

Another proposed bill seeks to regulate nonprofit organizations and would limit their access to foreign funding, giving the government more power to exert control.

“These new laws are an attempt to undermine freedoms of expression and association in Kenya,” said Daniel Bekele, Africa director for Human Rights Watch, in a statement. “Kenya’s leaders should act swiftly to prevent these bills from becoming law and focus on the country’s real challenges, like police reform and accountability.”

Kenyan government officials have publicly denied the allegations. But for many activists and journalists, the measures are the latest sign of how African journalists are being challenged daily. Only four sub-Saharan countries have a press that is fully free — Cape Verde, Ghana, Mauritius, and Sao Tome and Principe, according to the most recentFreedom of the Press index, published by the watchdog group Freedom House. Equatorial Guinea and Eritrea were among the world’s eight most-repressive countries, using legal pressure, imprisonment and other means to suppress independent reporting, the report said.

In Ethi­o­pia, journalists have been imprisoned on trumped-up terrorism charges or arrested without charge, the Committee to Protect Journalists said. Media repression in Mali, which traditionally had one of the continent’s most free-wheeling presses, grew last year in the wake of a military coup and Islamist militants’ seizure of the north. In Burundi, the new media law also forbids journalists from publishing articles about national security issues, which the watchdog group Reporters Without Borders described as “a black day for freedom of information in Burundi.” Those who break the law could face fines of as much as $6,000 in a nation where journalists earn a few hundred dollars a month.

“The stronger the press gets in East Africa, the more independent and more critical journalists become, the more authorities rely on these laws to counter these advancements,” said Tom Rhodes, East Africa representative for the Committee to Protect Journalists.

Rhodes noted that Kenyan journalists and civil society groups fought hard for the creation of an independent press in the 1990s and made huge gains in the early 2000s. If the proposed legislation becomes law, it would usher in more government interference and control of media content, said David Ohito, vice chairman of the Kenya Editors’ Guild. The penalties, he added, would shut down many small radio stations and newspapers; many journalists would self-censor or leave the profession.

In parliament, lawmakers have declared that media’s freedom to operate needs limits and should not cross certain lines. Jamleck Kamau, who proposed the legislation, has publicly urged Kenyatta to sign it into law.

Kenya’s media, though, are fighting back. On their front pages, newspapers have attacked the proposed measures. One of the most respected publications, the Daily Nation, declared that the bill “puts the country in the same ranks with Zimbabwe, Cuba, Ethiopia and Kuwait” and had propelled Kenya “firmly on the path of regression into the era of darkness.”

“If this law is passed, it would just add more negativity to the image and stature of Kenya among nations,” Ohito said. 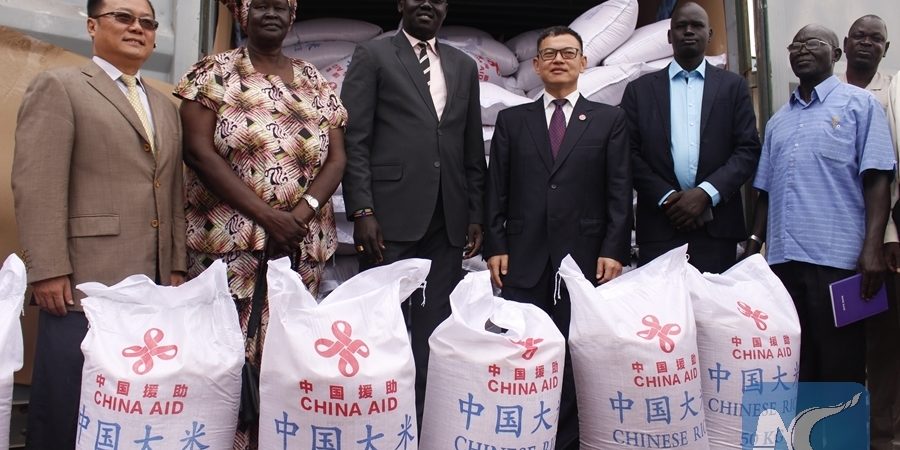 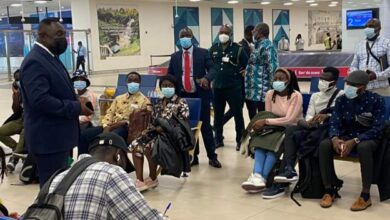