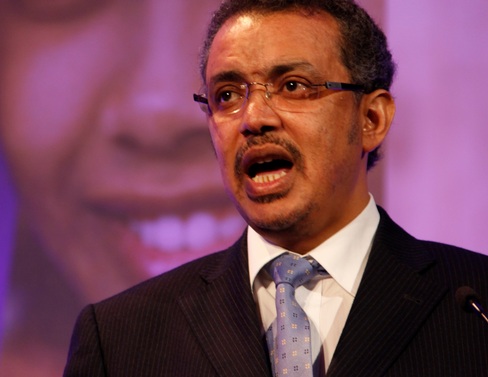 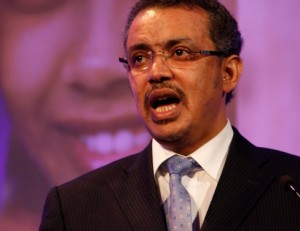 The obnoxious shocking news of the spate of barbaric attacks, murders, gang raping, and humiliation inflicted on Ethiopians in Saudi Arabia has opened a floodgate of  outrage, fury and revulsion on an unprecedented scale by fellow citizens at home and in the Diaspora against the perpetrators of the heinous crimes. This is a deep rooted contempt and hatred of Ethiopia by Arab slave traders. This barbaric act demands national response to the corrupt Saudi Royal Family. And that response should be equivalent to those made against foreign aggressors in the course of our long history because successive Kingdoms of Saudi Arabia have been working for the demise of our motherland Ethiopia. They have been acting in violation of the edict of Prophet Mohammed in the Holy Quran directing Muslims under persecution in Arabia to seek refuge in Ethiopia where they will find solace, which solace they were granted by a Christian King. It was, is today, and shall be the will of the Almighty God that Judaism, Christianity, and Islam lived, now live, and shall live in Ethiopia in relative harmony as a shining example to the world beset by religious rancor.
The gruesome crimes inflicted by the security forces of Saudi Arabia in full view and endorsement of top officials of the Kingdom constitute national shame to Ethiopians and therefore must be met with resolute and effective response so that the contemptuous act of evil  on fellow  Ethiopian citizens will never happen again. We owe this much and more to our Martyrs who gave their lives, shed their blood and suffered humiliation on the soil of Saudi Arabia. This response has to be done with full knowledge of the historically long ambition of the Saudi Kingdom to put Ethiopia under its influence with the aim to controlling her eventually.

The reclusive, exclusive and divisive TPLF thugs captured the helm of power by deception, stealing aid meant for victims of drought in Tigray. Their refined method of clinging to power with evil deeds is continuing to this date when the Ethiopian people are trapped in abject poverty.

The colossal damage done by the TPLF thugs catapulted to power with the support of foreign powers is incalculable. Democracy is dying in donor-financed lawless Ethiopia in full view of some Western leaders squandering taxpayers’ money while propping up tyrants who intimidate, torture and kill innocent Ethiopian citizens with impunity.

So, Ethiopians have every right to heed what President Lincoln had underlined by this famous quotation: “This country, with its institutions, belongs to the people who inhabit it. Whenever they shall grow weary of the existing government, they can exercise their constitutional right of amending it, or their revolutionary right to dismember or overthrow it.”

Emperor Haile Selassie gave up His power peacefully in 1974; it would be foolhardy to expect the brutal regime to do likewise easily; the short lived peaceful change through democratic election in 2005 was snatched by force. Emulating the example of the successes of civil rights movements spearheaded by Mahatma Gandhi, Martin Luther King is farfetched given the monopoly of all pillars of democracy by the ruling thugs.

Therefore, the TPLF occupying regime is Ethiopia’s number one enemy that has revealed its true color of partnering with Saudi Arabia beyond doubt in destroying Ethiopia. It is therefore reasonable to conclude that genuine Ethiopians have every right to retaliate in self-defense with all means at their disposal to save their country and independence.  Retaliation to the carnage on Ethiopians in Saudi Arabia is a justified noble act of the moment.

The formation of the Global Alliance for the Rights of Ethiopians in Saudi Arabia is a most welcome bright beacon of hope for ushering in democratic change; it would prove to become a formidable force in coordinating and guiding the mammoth task of retaliation to the beastly act of the Saudi Kingdom and beyond any reasonable doubt, its accomplice the TPLF regime.

One country, Ethiopia; one person one vote!

It is recorded in history that the Kushite Kingdom with its capital at Meroe persisted until the 4th century AD, when it weakened and disintegrated due to internal rebellion. By 1st century AD The Kushite capital was subsequently captured by the Beja Dynasty, who tried to revive the empire. The Kushite capital was eventually captured and burnt to the ground by the Kingdom of Axum. Source: Google Ethiopian History

We Ethiopians are a mixture of Kushites and Semites, descendants of Kush and Shem. Ethiopia’s present population is 91 million comprising about 83 ethnic groups all of them originating from the descendants of two of the three sons of Noah – Japheth, Shem, & Ham. Kush is the eldest son of Ham or grandson of Noah who survived the Great Flood, vide Book of Genesis chapter 6. Moreover we are a mixed race intermarried over centuries. Our earliest civilization is indigenous starting with the Kushite Kingdom in the far north of our country, Ethiopia. This explains in my opinion the nature of our distinct mindset of spontaneously rising to external threats which endanger affecting our common values deeply seated in our hearts. It is time to make full use of our unique spontaneous reaction against our common external enemy which in this case is the corrupt Royal Family of Saudi Arabia.

Inspiring lessons from the past for future action

1.            The Great Leader, Emperor Menilik II, rallied the Ethiopian people with the clarion call to rise up against the aggressor in order to defend the honor of their wives and sanctity of their private property including land. The wise Monarch knew and upheld that the honor of Ethiopian ladies and private land ownership were inviolable sacred core values of our ancestors at the time. The genius leader was thus able to mobilize huge volunteer militia forces from all corners of Ethiopia that dealt a humiliating defeat to the Italian aggressor. Ethiopia was recognized as an independent country by the imperialist European powers scrambling for colonializing the African continent.

2.           Emperor Haile Selassie I was also able to mobilize huge but poorly equipped militia fighting forces from all over Ethiopia. According to Parlesak (vide Habešská Odyssea (YeHabesha Jebdu) የሃበሻ ጀብዱ by Adolf Parlesak Translated by Techane Jobre Mekonnen) the Monarch lost victory in the last minute due to hitherto unexplained betrayal attributed to the Raya Oromos in Tigray. Fascist Mussolini’s invasion in revenge 40 years later in 1935 after the Battle of Adwa culminated in untold carnage on patriotic Ethiopians fighting for their freedom and independence of their beloved country. His Majesty went into exile to continue with His struggle as Head of State while Ethiopian patriots at home engaged the Fascist occupier in guerrilla warfare, the first of its kind in the African continent.  He regained His throne in 1941 with the help of British forces. To the credit of our ancestors, Fascist Italian soldiers taken prisoners were humanely treated at all times. This is a proud legacy of this generation.

3.            The Derg was able to mobilize millions of militia volunteers against aggression by the Somalia Army under Ziade Barre. The deceptive TPLF regime was able to do likewise during the 1998 – 2000 meaningless fratricidal war between Ethiopia and Eritrea that claimed tens of thousands lives on both sides. .

4.            Ethiopia was one of the first four powerful nations along with Persia, Rome, and China, during the Axumite Kingdom bordering Egypt. Emperor Kaleb was in power from 520 AD in the Axumite Kingdom controlling Yemen in the 6th century. A Jewish King around 523 AD named Dhu Nuwas “came to power in Yemen and, announcing that he would kill all the Christians, attacked an Axumite garrison at Zafar, burning the city’s churches. He then attacked the Christian stronghold of Narjan slaughtering the Christians who would not convert. Emperor Justin I of the Eastern Roman empire requested his fellow Christian, Kaleb; to help fight Nuwas and around 525 Kaleb invaded and defeated Dhu Nuwas, appointing his Christian follower Sumuafa Ashawa as his viceroy.” The Monarch did not attack Islamic institutions. Emperor Kaleb had his own naval power in the Red Sea at the time. I saw the ruins of his Palace in Sana, Yemen.

Paragraphs 1 – 4 above confirm the psyche of Ethiopians to come together to counter external threat. The ongoing mammoth demonstration globally is a vivid reflection of the legacy of our ancestors in dealing with external threats to their existence as a free people in their land.

1.            Immye Menilik II believed that the dignity of Ethiopia ladies and the right to private property including land is sacrosanct and central to our national values as Ethiopians. Let us enliven that belief to regain our freedom and pride as Ethiopians with cultural diversity.

The above photo symbolizes the grief, agony, desperation, and horrendous pain inflicted by the TPLF security organs of the TPLF/EPRDF regime. It must end. Rampant unemployment of the youth and the suffering of over 80 million peasants in serfdom must end!

2.            Rampant Corruption, youth unemployment, monopoly of all pillars of democracy, gross mismanagement of strategic national resources and numerous other treasonous acts will demolish the brutal TPLF regime. Let us hasten the demise of the reprehensible ruling regime

3.            Ethiopians at home and in the Diaspora are showing their unprecedented unity in anger and tears condemning the Kingdom of Saudi Arabia and its accomplice the TPLF warlords. This mammoth movement will no doubt continue until Ethiopia is free from TPLF puppet regime. The “Global Alliance for the Rights of Ethiopians in Saudi Arabia” is already playing a commendable leading role in advising Ethiopians on the way forward to combat the heinous crimes of Saudi Arabia and the complicity of the TPLF regime. Help the distinguished trio to which the objectives of the arduous task have been entrusted. To my delight I watched enlightened Eritreans rendered help by demonstrating alongside their Ethiopian brothers and sisters.

4.            I implore the security and the defense forces of the TPLF regime to join and support the invincible popular movement. Emperor Haile Selassie I wisely gaged the mood of the people and gave up his power without a single shot being fired; just about 25 years Dictator Pinochet of Chile succumbed to the referendum results that the people did not want him as their leader; the General gave up his power without a single bullet being shot. The security and defense forces can do likewise and make history by putting pressure on the corrupt TPLF warlords to relinquish power peacefully without bloodshed.

I close this piece with: