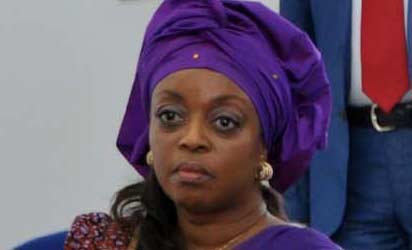 By Sebastine Obasi, with Agency report* 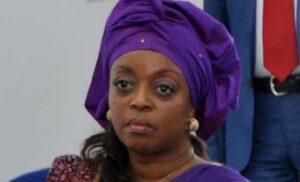 Alison-Madueke said in an interview with Bloomberg TV Africa in London, “We would like to see major infrastructural entities such as refineries moving out of government hands into the private sector. Government does not want to be in the business of running major infrastructure entities and we haven’t done a very good job at it over all these years.”

A presidential audit of the facilities last year recommended their sale due to inadequate government funding and “sub-optimal performance.” The refineries, which have a combined 445,000 barrel-a-day capacity, should be privatized within 18 months, according to the report submitted to President Goodluck Jonathan in November 2012. Nigeria, a member of the Organization of Petroleum Exporting Countries, produced 1.99 million barrels a day of crude in October, data compiled by Bloomberg show.

While Nigeria is also Africa’s top crude exporter and the most populous with more than 160 million people, it relies on fuel imports to meet more than 70 percent of its needs. Its state-owned plants operate at a fraction of their capacity because of poor maintenance and aging equipment. Nigeria also exchanges 60,000 barrels a day of crude for products with Trafigura Beheer BV and a similar amount with Societe Ivoirienne de Raffinage’s refinery in Ivory Coast, according to Nigeria National Petroleum Corp.

“We are right now undergoing a major turnaround maintenance program” of the refineries, Alison-Madueke said.

Improvements to the two-unit 210,000 barrel-a-day Port Harcourt refinery, the country’s biggest, will be completed by the end of the year, to be followed by enhancements at the Warri and Kaduna sites in 2014, according to the NNPC. Warri has a daily processing capacity of 125,000 and Kaduna 110,000 barrels.

Towards the end of former President Obasanjo’s administration in 2007, the refineries were sold to companies owned by billionaire Aliko Dangote and Femi Otedola, but the sale was reversed by the President Musa Yar’Adua government that took over from Obasanjo.