Current Situation in Kampala and Uganda in general

Fellow Ugandans
I greet you in the name of freedom 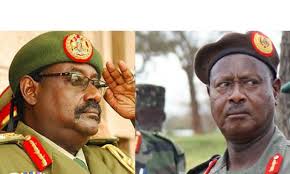 We all take serious note of the situation that has been developing in the country over time.

Indeed, the current situation has gone beyond the usual abuse of political opponents and now concerns the fundamental way in which the country is governed. It is not only about rigging of elections, violation  of people’s rights and stealing of public funds,subverting regional efforts,destroying state structures and all institutions  but now extends to forceful removal of those leaders who were elected by the people but who the dictatorship finds repugnant due to their political views.

You have had that security agencies are now going to manage the production of an Electoral Register which then will be handed over to the Electoral commission for election purposes!
Further, it is security / police that are going to produce the national identity cards which will also be used in elections of 2016.

These, plus the other electoral abuses like the obnoxious Public Order and Management Act, rigging of elections, use of violence and even murder, bribery and outright breach of the constitution and the electoral laws should convince all Ugandans that no matter which party one may belong to, the only way left to save the country from total collapse and bloodshed is to come together and rally around a new approach as permitted by Article 3 of the constitution and embark on all means necessary to remove the dictatorship.

Call on all leaders

The leaders of all political parties and all other political leaders of all shades, other leaders in the country; the churches, NGOs, traditional leaders etc. should all embrace a new approach and broaden the means that can bring about change. The so called peaceful methods which have been tried over time will be allowed to work if they can, but we should not be prisoners to those means and methods which in many ways have only helped to entrench the dictatorship by giving him time to reorganise and recover from the shocks he has suffered.

No one should imagine that Museveni will be removed through elections. The example of Lord Mayor Lukwago is a clear example. How can someone who cannot allow an opposition mayor to function allow the opposition to take power then?

In any case, leaders should know that building alternative capacity is in itself a safeguard for peaceful resolution of conflict. That is the whole essence of detente! So let us build alternative capacity which must leave no doubt in the mind of the dictator that he will face a personal existential threat if he does not change course,

This capability must go beyond mere posturing to building real infrastructure for resistance.
I don’t intend to go into details here but everyone must start on a mental preparation exercise to use other means to remove Museveni.

For now, let the people of Kampala know that what they are facing is not merely a threat to their political rights, but their very survival. For, once the political space to bargain for jobs, investment, housing and other social services is allowed to be all controlled by that cabal of looters, then you and your children will die as slaves.

I call upon the people from Western Uganda to start a systematic and elaborate system of distancing themselves from the actions of the Museveni clique before it is too late. One can see the dictator’s diabolical tricks to append them to his demise. You could see it in those naive people from the western region he is using to fill up the councillor slots in Kampala City Authority so that they impeach the lord mayor Lukwago. Some of us had thought that the Kayunga debacle had taught the dictator some lessons. But apparently, Mr Museveni has reached a point of no return. The people therefore must come forward and deny him the cover he craves for so that the battle lines become clear for the inevitable confrontation.

I hope Mr Museveni understands this and takes a leaf from what happened in Rwanda, Burundi, Kenya in 2007, Nigeria, Sudan, etc. etc. The list is endless. These are real examples “made” in Africa! So nobody should dismiss this real threat as speculation. It happened after Obote 1. It happened after Amin, it happened during Luweero war, it happened after Lutwa, it will happen again if we don’t raise the national consciousness and isolate the real culprits. This threat is real; it can be felt all around us.

The Military (UPDF) and Security Agencies

A word to the military and other security agencies. No military might can defeat the will of the people. I call upon you to always be on the side of the people. Take that example of the Egyptian military seriously, who refused to fight for Mubarak etc. they were no fools. Start preparing yourselves psychologically to exist without Museveni. It all starts with the mind.

UPDF, I have been with you in the trenches, through thin and thick. Forget those pretenders now posturing. We feel for you. For the prolonged suffering you have had to endure to just enrich a bunch of thieves. That is not why you have been fighting for over 30 years, non-stop.  Individually, the opportunity where possible, collectively, start looking beyond Museveni. Your destiny is in your hands. Seize it.

On the population, get ready for the hard choices, to leave as slaves for that thieving dictator and his lackeys or as free men and women. Weigh your options, and prepare to do the right thing for yourselves and your children.

To those gallant sons and daughters of Uganda, who battle the security daily on the streets of Kampala and elsewhere, who sleep on hungry stomachs, who can’t afford a sheet/ lubugo to even bury in a dear one, All those who have chosen to stand on the side of right, on the side of the people, just know history is on your side.

FREEDOM AND UNITY FRONT under the chairmanship of Ndugu Prof AMII OMARA, to which I am a member, is an open liberation space. All those who want to end the dictatorship, either in your individual capacity or in resistance groups, come forward and share with FUF your plans. Its role is to build capacity for all.

We are on the right course and history will bestow favour upon us.

What can we learn from the way Africa is growing?

An Amazon.com for Africa? 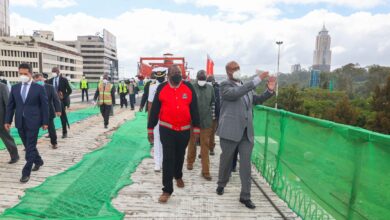