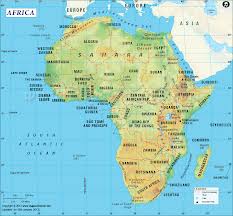 In the run up to our Summit on the Global Agenda, we asked you to put your questions to Ashish Thakkar, from our Global Agenda Council on Africa. African growth is expected to accelerate to almost 6% by 2015. What are the lessons we can learn from the way Africa is growing?

Gwen Bst: Well, an expected growth of 6% is amazing if you take it at face value, but for a lot of African countries the growth is not so huge. Take Senegal, for example. The expected growth is 4% for this year (according to the IMF), but the population growth is almost 3%, so not really any growth in perspective…

Ashish Thakkar: Africa is an exciting frontier market, with huge potential for growth. Not only are economies diversifying across the region, we’re also seeing greater political stability, a surge in foreign direct investment and greater regional cooperation. Naturally, this growth is stronger in some markets than others, but as this trend continues, we will see it cascade into other markets too.

Omunyokol Moses: What are the drivers of growth in Africa and what proportion of the African population is contributing to that growth? Especially when 70% of Sub-Saharan Africa is still engaged in subsistence agriculture.

Umar Fayyaz: How can Africa sustain its growth rate when it has increasing corruption and a lack of educated human resources?

Ashish Thakkar: You need only look at the growth of businesses throughout Africa as a clear sign that the business environment is improving and the human capital is there. For a long time, Africa has conjured up images of conflict and poverty, but increasingly, entrepreneurship, innovation and investment are becoming part of that picture.

Jude ‘Ba Ba’ Bopam: Since African economies mostly export raw materials, what alternatives does the continent have in the case of these resources being depleted? Also, what can the private sector do to enlarge its role in the economy and sustain the growth rate? Finally, economic booms are normally followed by busts; how can Africa mitigate such hangovers?

Ashish Thakkar: This all comes down to building a diversified economy, where we’re not just relying on the export of raw materials, but are investing in our real estate, telecommunications, manufacturing and agricultural industries, too. The private sector has an important role to play in this.

Just last week (10 November), The Financial Times reported on trading houses that increasingly look at the advantages of meeting the surge in demand from the African consumer. I think we’ll see a shift in their traditional business models, which will have a significant impact on African economies.

Silvia Fontana: How can we improve security in fragile states, a key element for sustainable development? 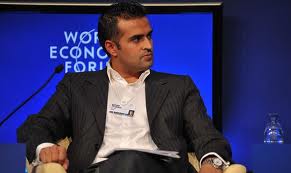 Ashish Thakkar: Political stability is key to sustainable development, and unfortunately there is no one-size-fits-all solution. All I can say is that the more fragile African nations can learn a great deal from looking at their neighbours.

Andrius Ri: Is the growth influencing per-capita GDP levels, and if so, does that translate into increased demand for residential housing units? If it does, is there enough expertise (and is it economically viable) to provide housing that meets the quality expectations of a developing society?

Ashish Thakkar: Africa is undergoing a dramatic transformation – its population is booming and increased urbanization is leading to an expanding middle class that is demanding energy, food, telecommunications and housing. Over the next 10 years, we’ll see the African skylines change dramatically.

Ashish Thakkar: Social enterprises have a deep local understanding, so they will continue to play an important role.

McHunu, Phume McHunu ‏@PhumeMchunu: Is Africa really on the rise or is it just hype? I’m yet to see serious, inclusive, diverse, industrialized economies.

Ashish Thakkar: Yes, the African century has arrived and it is here to stay!

*Source World Economic Forum.Ashish Thakkar is the Founder and Managing Director of the Mara Group of companies and a member of the Global Agenda Council on Africa 2012 – 2014. 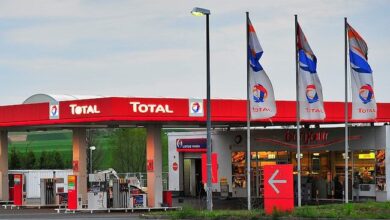