YAOUNDE, CAMEROON — Cameroon’s President Paul Biya is celebrating more than three decades in power.  The octogenarian became president of the West African nation 31 years ago when his predecessor, Ahmadou Ahijo, resigned. Critics have often criticized Biya for failing to hand over power, democratically or otherwise. Now, opposition political parties are using the anniversary to ask him to prepare a smooth transition to democratic rule.

Supporters of the 80-year-old president of Cameroon have been organizing sport and cultural activities and political rallies to celebrate Paul Biya’s 31st year in power.

Professor Ngole Ngole Elvis, a frontline supporter of the octogenarian, says supporters of Biya have a moral responsibility to celebrate their leader’s successes.

“We have the right to rejoice because we have peace in our beloved country. There is liberty and an open pluralistic and democratic atmosphere,” said Elvis.

Supporters of the president credit him for respecting people’s liberties and freedoms.

Anow Ebie, a journalist who works for Cameroon’s state broadcaster, CRTV, says the increasing number of media outlets in Cameroon is indicative of democratic advances under Biya’s leadership.

“When President Paul Biya came to power in 1982, Cameroon had a one-party system. Today we have close to 300 [political parties]. We had just a state newspaper, Cameroon Tribune.  Today there are uncountable [papers]. And then there was just one radio station, Radio Cameroon. Today we have several radio stations, several television stations,” explained Ebie.

However, Ano Ebie’s views are not shared by fellow journalist Amungwa Nicodemus, publisher of the Cameroon Mirror newspaper in the capital, Yaounde.

“It is a farce. Recently Cameroon was on the eye of the cyclone when newspapers and media houses were cracked down [on] and journalists slammed [with] sanctions. This is unfortunate for Cameroon. He appointed those who did the shut down,” said Nicodemus.

Paul Biya served as prime minister from 1975 to 1982 and then became president following the resignation of Cameroon’s first leader, Ahmadou Ahidjo.  A two-term limit in the 1996 constitution should have prevented him from running again, but in 2008 he revised the constitution to eliminate presidential term limits.  He won a contested victory in the 2011 election.

“We will insist and fight for the limitation of the presidential mandate and the improvement of the electoral process. I know that the regime is a crude one and does not listen to any other person. We cannot go for the next election without looking into the electoral code,” said Joseph.

Many young Cameroonians who spoke to VOA say nothing is changing, despite the president’s promises to transform Cameroon into a huge construction site to create jobs and lower the unemployment rate, now estimated at 40 percent.

Ben Collins Nyuyberiwo, who was born two years after Biya took power, says the president should relinquish power to someone younger.

Biya is serving the second year in his current seven-year term. Many in Cameroon suspect that if his health holds up, he will likely run again for president in 2018. 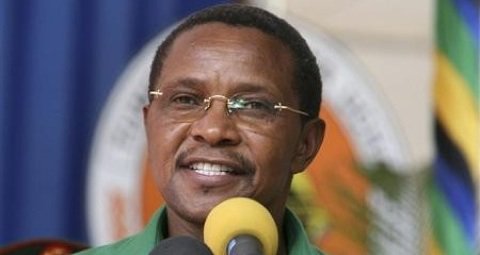 Tanzania says construction of China-funded port to start in 2015