At age 54, Rabah Madjer has not changed much physically and his enthusiasm remains same. His goal against Germany at the 1982 FIFA World Cup in Spain and his decisive back-heel in the European Champion Clubs’ Cup (now UEFA Champions League) in 1987 with FC Porto against Bayern Munich has earned him legendary status. He made 87 appearances with the Algeria national teams.

Ahead of the return matches of the 2014 FIFA World Cup playoffs, Madjer talks to Cafonline.com about the chances of the contenders. Below are excerpts;

You are now a consultant for the gulf-based television channel, Al Jazeera, but that has still not prevented you from following football?

I played with the Algeria national team for over 10-years, appeared in two World Cups (1982 and 1986), won the Africa Cup of Nations in 1990 and the UEFA Champions League (formerly European Champion Clubs’ Cup) in 1987. I also had stints as a coach. In all these, the virus never leaves you. I continue to monitor the game including those of the Algeria national team and other leagues. I’m always connected to the world of football.

Have you been following the World Cup playoffs?

Yes, especially the Burkina Faso and Algeria game because it involves the national team of my country. From the bottom of my heart, it is my wish to see Algeria at next year’s World Cup, but there’s still 90 minutes to play for.

From a technical point, what do you make of the first leg which ended 2-2?

I have always refrained from passing comments on technical aspects. The Algerians had the kind of game they wanted and have to prepare psychologically for the return leg.

Do you think the two away goals is an advantage for Algeria?

I think Algeria has the means to score, not one but more. The attack of the Algerian team has been effective recently, which is evident in the team scoring away from home. This is the most important aspect in my opinion about the team.

Away from Algeria, what of the Tunisia and Cameroon game after the first leg ended 0-0? 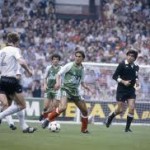 cannot hide that as my wish is to see neighbours Tunisia qualifying for the World Cup. But the return leg in Yaounde will be very difficult. Cameroon are very strong at home and with Tunisia failing to win at home, the mission looks tough.

Many are of the opinion that the draw is a fair result for either side, Tunisia or Cameroon?

Another North African team, Egypt lost 6-1 to Ghana. Do you foresee a miracle in Cairo?

We can talk about a surprise but by the magnitude of the score seems unthinkable. Egypt though remains one of the great football teams on the continent. They have a good team but the mission is almost impossible. Beating Ghana, currently the best team on the continent 5-0 is not obvious. Even if they score two or three goals, it will be a big performance.

African champions, Nigeria won 2-1 against Ethiopia in Addis Ababa. Are the Super Eagles already in Brazil?

In view of its success in Ethiopia, the second leg will be a mere formality for Nigeria, also one of the greatest football nations on the continent. This is a team that has always been a danger to opponents. Ethiopia has made tremendous progress in recent years, but in my opinion it is not enough. Nigerian players are superior and Stephen Keshi has done a great job to bring his team to the top.

Cote d’Ivoire beat Senegal 3-1 in Abidjan. Are the Elephants through?

This is no longer the Senegal we know. The mission of the Teranga Lions is extremely complicated. I see very little of Senegal beating Cote d’Ivoire 2-0 with all the Ivorian armada.

What do you make of the recent call by FIFA President Sepp Blatter for an increase in African slots at the World Cup?

It would be a very good thing for our football. In Africa, football has grown and you can see that every day. This is also the case for Asian football. The World Cup is a prestigious platform featuring the best teams in the world and it is always a pleasure for me to see African nations there.

What are your five African teams to go through to the 2014 FIFA World Cup?

I hope Algeria will and it has the potential to do so. Though it is my wish to see Tunisia through, I believe Cameroon will eventually snatch the ticket to Brazil. In principle Ghana, Nigeria and Cote d’Ivoire should have no problem confirming their tickets. 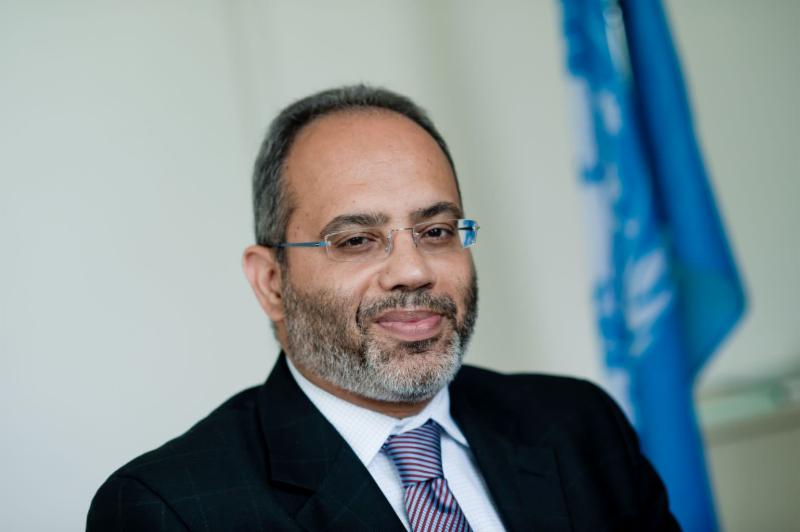 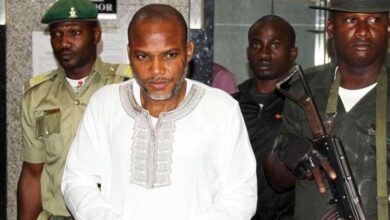