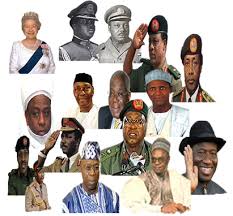 It may not be out of place to reiterate that the Nigerian state that had just secured political freedom from the British on the said 1st October, 1960 was merely an outcome of a coerced amalgamation of multiple heterogeneous ethnic nations by the British colonial government. The question has often been asked if Britain was driven by altruism or selfishness in her amalgamation of the more than three hundred divergently complex ethnic nations into one political entity in 1914? The answer has remained as constant as the Shakespearian northern star. As has been narrated severally, the British Government did not set out to conquer and acquire colonies for any other reason other than economic. Having foreseen the likelihood of an outbreak of the First World War; 1914-1918, due to characteristic threats by the Nazi Germany, the British Government was compelled to devote an unprecedentedly large chunk of her budget to defence, preparatory to the said war which, true to prediction, broke out and lasted for almost five consecutive years. This development impacted very negatively and immensely on the economic fortunes and viability of the British Home Government. It also affected her colonial policies overseas. Hence the need to cut cost of administration tremendously. To add salt to injury, the Northern Protectorate, as the defunct Northern Nigeria was known before the amalgamation of 1914, was constantly having deficit in her budget due to her very low pace of socio-economic development. In order to make up the Northern Protectorate’s budgetary deficit and taking into strategic consideration the anticipated global holocaust that was imminent, British Home Government amalgamated the Northern and Southern Protectorates in 1914. It is, therefore, evident that self interest rather than liberal consideration was the principal factor that gave rise to the amalgamation of the two Protectorates in 1914.

The obvious implication of this forced union is that the confederating units of the amalgamated Nigeria were not given any iota of opportunity to discuss the frame-work of their co-existence. Even in ordinary simple relationship of marriage between only a man and a woman, the basis for such union is usually, if not always, discussed and principles of co-existence agreed upon before the union is formalized.

History is replete with unmitigated cases of acts of inhumanity that have unjustifiably befallen and consumed many innocent Nigerians since the country obtained her political independence in 1960. These disastrous developments have often resulted from fears consummated in hatred based on differences in ethnicity or religion. Fear of economic domination by one group or the other has never been left out as one of the factors that have continued to shake the very existence of the Nigerian state.

In the pre-independent western region of Nigeria, the National Council of Nigerian citizens; N.C.N.C., had won majority of seats into the Western House of Assembly on September 24, 1951 and was set to form the government of the region. Under the parliamentary system of government, Dr. Nnamdi Azikiwe, who was the leader of the Party should have become the leader of government business in the region but this was not to be as anti-Igbo sentiments were vehemently aroused against Dr. Nnamdi Azikiwe and his N.C.N.C. by the opposing Action Group; A.G. led by a Yoruba tribesman; Chief Obafemi Awolowo. On the day the government of the western region was to be formed, majority of Yoruba legislators elected on the platform of N.C.N.C. surprisingly and derisively crossed-carpet to Action Group. This left Dr. Nnamdi Azikiwe’s N.C.N.C. an opposition party in the western regional assembly.

This hostile development compelled Igbo leaders to ask Dr. Nnamdi Azikiwe to return to his native home of Eastern Region. Since the above incident took place on the floor of Western House of Assembly at Ibadan, there has been no love lost between the Igbo and the Yoruba. Before the return of Zik to the Eastern Region following his humiliation by the Yoruba, the leadership of the Eastern Regional Government had been constituted with Prof. Eyo Ita as Head of Government Business. The return of Zik eventually gave rise to the painful displacement of Prof. Eyo Ita. This development, as would be expected, did not go down well with the minorities of defunct eastern region and became the foundation of suspicion and distrust the said minorities would nurse against the Igbo for a very long time.

The leadership tussle for control of western region between Chiefs Obafemi Awolowo and Samuel Akintola in the First Republic, had metamorphosed into an unprecedented catastrophic dimension. Many people, including the innocent, lost their life in the most primitive and brutal manner. The Western region became known as the ‘Wild West’ because of extremity of inhumanity. While the west was in flame, some young officers of the Nigerian Army, mainly of the Igbo extraction and led by Major Patrick Chukwuma Kaduna Nzeogwu, who felt worried by an alleged indifference of the Prime Minister; Sir Abubarkar Tafawa Balewa, to the carnage that the West had become, staged a coup d’etat in which many notable Northern statesmen were killed. The same affected the west. Even though the coup which took place on January 15, 1966 did not succeed, it ended up ushering in the military into the governance of Nigeria. The most senior Nigerian military commander at that time; Major-General Thomas Umunnakwe Aguiyi-Ironsi, who though was not privy to the coup, became the first military Head of State and Commander-in-Chief of the Nigerian Armed Forces.

The North, naturally, did not take kindly to the killing of her leaders in a coup d’etat that was almost entirely Igbo initiated and executed. In the dark wee hours of July 29, 1966, northern soldiers, led by Major Theophilus Danjuma, came up with a counter coup in which Major-General Aguiyi-Ironsi was killed. Lt. Col. Yakubu Gowon became Head of State and Commander of the Nigerian Armed Forces. More than thirty-two senior Army officers of Eastern Nigerian extraction were equally killed in that coup. But what became strange and worrisome was the ethnic cleansing of easterners leaving in the north, who were mainly innocent defenceless civilians, including pregnant women and infants. This pogrom culminated in the Nigerian/Biafran war, which Lt. Col. Chukwuemeka Odimegwu Ojukwu prosecuted on the side of Biafra. The scars of that war are still evident. The south-east geopolitical zone is deliberately the only zone with only five states while others have six with the North-West having seven states.

So far, it is evident that no result of census conducted in the country has ever been accepted across the board. Census results have always been disputed because of suspicion emanating from ethnicity. Many Nigerians have expressed discomfort with the non-provision of state police in the country’s constitution. The protagonists of state police, including many state governments, have been unrelenting in their demand for its creation.

Control and allocation of fiscal revenue has been a source of perpetual controversy and rancor since the abrogation of the 1963 Republican Constitution by the Nigerian military. The Niger Delta region of the Nigerian federation has been consistent in her demand for resource control. Lots of pipeline vandalism, illegal oil bunkering and such other related crimes are taking place in the region to the detriment of the Nigerian state probably because their demand has not been given the attention it deserves. 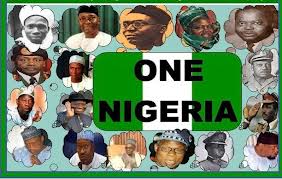 The generality of the federating units in Nigeria are strong in their advocacy for devolution of powers in the country. They vehemently contend that for Nigeria to reflect a true federalism, her constitution must encompass fiscal federalism. While the core Muslim North is interested in making a case for rotation of the office of the President on the basis of North/South dichotomy, the Christian south and middle-belt unequivocally argue that the presidency should rotate amongst the six geo-political zones. The Igbo go further to canvass that for purposes of equity, justice and fairness, the Nigerian Presidency should be occupied by an Igbo after President Goodluck Jonathan’s likely exit in 2019.

Currently speaking, a group of Muslim youths in the core Muslim North, that operates under the aegis; Boko Haram, has been unrelenting in her avowed determination to continuously slaughter innocent harmless Nigerians residing in such places as Maiduguri, Damaturu, Yola, Zaria, Kano, Kaduna, Bauchi, Minna and even Abuja. The group’s grievance is neither political nor economic. The Islamists insist that for truce to be found in Nigeria, the country must become an Islamist state. Her grouse is therefore, religious. Yet, Nigeria is supposed to be a secular state!

The question of ‘indigeneship and settlers’ has continued to raise a lot of dust and acrimony in such places as Plateau, Benue, Southern Kaduna and even Nasarawa. The consequences of this distortion have been uncountably costly in terms of human lives and property. As a result of the above inconsistencies, Nigeria has continued to nose-dive into a state of socio-econo-political disequilibrium. The inevitable aftermath of these realities is that Nigeria, despite the abundance of her material and human resources, continuously fails to attain the height commensurate with her endowment.

Is it any wonder then that internationally-acclaimed wise men and jurists such as Prof. Ben Nwabueze, the late Chief Rotimi Williams, Dr. Tunji Braithwaite, Prof. Pat Utomi, Mesrs Yinka Odumakin, Fred Agbaje, Chief Emmanuel Iwuanyanwu and Prof. Wole Soyinka have been conscientizing the Nigerian leadership on the necessity for a sovereign national conference.

Not too long ago, the Lagos State Government, under Governor Babatunde Fashola, made bold to ‘repatriate’ some Nigerians of Igbo extraction whom his government adjudged to be economically unfit to reside in Lagos to their home state of Anambra. This development is capable of escalating the time-held suspicion between the Igbo and the Yoruba.

That the President of the Nigerian Senate; Mr. David Mark, recently recanted his earlier stand in which he did not see any usefulness in Nigerians having a national conference, is, indeed, heart-warming. Mr. Mark should, however, realize that for any society to prosper, her leaders must be selfless. The President of the senate should look beyond the present attractions and comfort his present position confer on him in considering very sensitive national issues such as the quest for a sovereign national conference. After all, it was he, who as a Minister of Communication, had told Nigerians that telephone was not meant for the poor. Ironically, today almost every Nigerian, rich or poor, has a telephone.

Without mincing words, except those religiously-drunk Islamists, who have lost touch with humanity, there is no sane Nigerian that would want this country to be dismembered. Every Nigerian stands to benefit more in a well defined corporate Nigeria than in any fragmented entity. But the incontrovertible truth is that Nigerians should come together and dispassionately discuss and agree on the principles under which they should co-exist. The Igbo, for instance, would not, for any reason, want Nigeria to disintegrate. This is because the Igbo are ubiquitous, adventurous and incomparably ingenuous and enterprising. Besides, they have invested in the Nigerian project more than any other tribe in Nigeria. 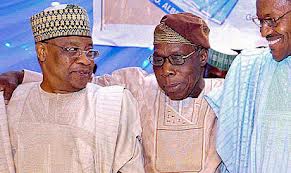 For Nigerians to be gathered again to discuss the Nigerian question without allowing their resolutions to have the effect of law and as being the total reflection of the people’s wish, would regrettably amount to avoidable deceit of the Nigerian people and unwarranted frittering of the Nation’s dwindling financial fortunes. We should avoid the type of wastage of national resources which the country embarked upon in 2005 when the then President Olusegun Obasanjo squandered more than N913m in what he referred to as National Political Reform Conference, which was headed by Rtd. Justice Nike Tobi and which amounted to nothing.

As Nigeria marks her 53rd independence anniversary, we should see this occasion as auspicious enough to boldly and patriotically answer Sonny Okosun’s poser; ‘Which way Nigeria?’

* Don Ubani is a political analyst and civil society activist.