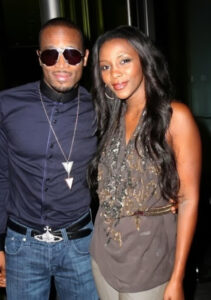 Dapo Oyebanji, aka D’banj, speaks with JAYNE AUGOYE about his career and relationship with the popular Nollywood actress

Singer, Dapo Oyebanji, aka D’banj, finally opened up on his love life in a rare meeting with journalists in Lagos on Wednesday.

The self-styled Kokomaster was clearly in his elements as he talked at length, amid occasional bouts of laughter, about his career and other issues that were important to him. One of the subjects was about his rumoured relationship with Nollywood actress, Genevieve Nnaji.

Judging by the manner in which the actress’ name kept popping off his lips, it was obvious that D’banj had a very soft spot for her.

Aware that the grapevine had bristled with the rumour that he was romantically involved with Genevieve, ever since she appeared in the 2010 video of his hit song, ‘Fall in Love’, the singer said the actress had played a role in his success.

“Apart from the fact that she is my friend, she has been a part of my success. There is no way you are going to tell my story that Genevieve’s name will not come up because she featured in my biggest song of all time,Fall in Love. So if E True Story comes to Nigeria to interview me, she will definitely be called upon to tell my story,” he said.

As if to confirm that there was more to his relationship with the actress than he had always admitted, D’banj added, “I would love to have Genevieve as my wife.  We never can tell what God plans for us in the future. I have studied her and I realised that anyone that has her as his woman has found himself a treasure. Just like the Bible says, any man who finds a wife, finds a good thing.”

Perhaps the fans and admirers of the ‘love birds’ will have to brace themselves for a symbolic wedding of two of the most celebrated artistes on this side of the globe in the nearest future.

Meanwhile, D’banj plans to celebrate the 10th anniversary of his music career anytime in 2014. As expected, the singer aims to roll out the proverbial drums to celebrate in style what he describes as the overwhelming success of his foray into the Nigerian music scene.

The one-time harmonica wielding artiste has, indeed, made tremendous progress in his career since his monster hit, ‘Tongolo’ was released in 2004.

The artiste, who wormed his way into the highly competitive international music market after signing on to Kanye West’s G.O.O.D Music in 2011, no doubt, has finally found his bearing as an entertainer since he parted ways with Mo’Hits.

“So much has happened in the last 18 months and I am very thankful to God. By the Grace of God, I have remained relevant for nearly a decade in the music industry and I have released hit songs every year. Also, I am glad that I have been chosen to headline the Hennessy Artistry this year. This is one brand that understands the importance of aligning with the entertainment industry.

“My career is barely 10 years old.                But with the success I have achieved so far, it feels like three decades already. Within my first 10 years as a musician, I have recorded the biggest song and shot the most viewed music video of all time, ‘Oliver Twist’. I must say I am humbled and getting ready to take over,” he said.

Without mincing words, D’banj noted that the history of his career and the resulting accomplishments will be incomplete without mentioning his humble beginning with the defunct Mo’Hits Records. The mere mention of his erstwhile colleagues, including Don Jazzy, seemed to awaken nostalgic feelings in him.

“If I say I don’t miss Don Jazzy, I am lying. I have spent the better part of my career with him. I was married to him in a way (laughs). So I miss everything about Mo’Hits: the family, the movement, and the vibe of being in the studio with him. I miss the jokes and the arguments, but I have since keyed into the notion that nothing can stop a moving train.

“Nevertheless we can always do music together. The track, ‘Top of the World’ was produced by a Grammy Award Winner. The songs ‘Finally’ and ‘Don’t Tell Me Nonsense’ was produced by my producer while ‘Oliver Twist’ was produced by Don Jazzy. So, why won’t I have him on my 10 years anniversary album?

“I have never said I am a musician; I am an entertainer. Some people say I can pick up a microphone and become a comedian. Therefore nobody should come and ask if I want to go into acting because they should know I am already an actor. It depends on when the right script and concept lands in my hands.

“For now, I am concerned about achieving new things and breaking new grounds. By the time I enter Hollywood, I believe that I’ll become as successful as I have been as a singer. The movie titled ‘I am Banga Lee’, starring Genevieve, to be released in 2014, won’t be a bad idea,” He said.

It seems that the world is at the Kokomaster’s feet. Yet, he is not in denial of the fact that his fans in Nigeria are his greatest assets.

“The Hennessey Artistry Tour afforded me the opportunity to meet my fans here in Nigeria. I have not travelled across the country in a long while because I am abroad all the time. Most of my fans complained that they have not seen me since 2007 and I reallised that I need to be in constant touch with my fans down here.”