The question is so often asked, and about so many of the determinants of development on the continent of Africa.

There are well-worn arguments both about the potential of Africa’s exceptional natural wealth, and the reasons why it fails to deliver. The debate goes on, and intensifies with every new discovery – oil in Ghana, manganese in Gabon, coal in Mozambique, to name a few. We estimate that Africa has 120bn barrels of oil reserves, no less than half of Saudi Arabia, and 600 million hectares of uncultivated arable land, half of the world total. There is no doubt that the potential is truly transformative, as we have seen in countries like Angola. We at the African Development Bank AfDB estimate that the continent’s natural resources will contribute over $30bn per annum in government revenues over the next 20 years.

We also know that the figure could be even greater if governments had more information on the true value of their natural resources, and if they were supported in the complexity of negotiating contracts with private companies. Africa is said to be losing over $60 billion a year in illegal outflows and price manipulation in the extraction of minerals, with most of the proceeds going offshore. Natural resources industries, and especially extractives, have developed as ‘enclave economies’, generating wealth that is exported rather than shared, or ploughed into the areas where it is needed most, in meeting human development challenges and building infrastructure. There needs to be robust policy, sound regulatory and legal frameworks, and transparency in how decisions on the exploitation of resources are taken, and the revenues distributed.

That is why the first priorities in dealing with natural resources are not so much about exploration or exploitation or the environment… but about best policy and practice.

That is why the African Development Bank supports African countries (some 13 to date) to implement the Extractive Industries Transparency Initiative for the management of natural resource revenues, and – through its Africa Legal Support Facility – supports their negotiation of contracts and complex commercial transactions. It will continue to support the EITI and other natural resource gold standards, such as the African Mining Vision and the Land Policy Initiative. And while continuing to operate across Africa – strengthening the governance and maximizing the yields of the forestry, fishery, water, agriculture and extractive industries, for example – it will continue to advocate globally for the G8’s current ‘Trade, Tax and Transparency’ agenda, so much of which revolves around natural resource revenues in developing countries.

The task is to unleash the full potential of the continent’s natural capital – to which its growth is so closely tied – and in so doing to empower its human capital, which is what will ultimately sustain it, far beyond the time when the continent’s natural resources and their high prices run out. We need to turn finite wealth into infinite wealth, natural wealth into created wealth, and resource-based economies into diverse knowledge- and industry-based economies which create jobs. Maximising natural and human capital is intrinsically linked, and the two constitute the twin and overarching objectives of the Bank’s 2013-2022 Strategy, At the center of Africa’s transformation.

The African Development Bank’s experience and expertise gives it trust and access across the continent. Within the inherently political world of vested interests in Africa’s natural resources, it offers an apolitical and highly qualified source of advice. A new African Natural Resources Management Centre has been set up within the Bank, offering real-time and coordinated responses in advisory services, technical assistance, training, advocacy, and knowledge generation.

Returning to the question: a blessing, or a curse?  The answer should be a huge blessing. The mistakes of the past can be avoided: best practices are well known, and so are natural resource management models. We have a chance in a generation, so this time we must get it right. 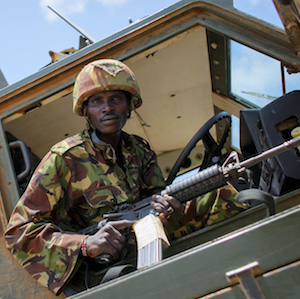 Africa: Who Will Foot the Bill for Africa’s New Intervention Force? 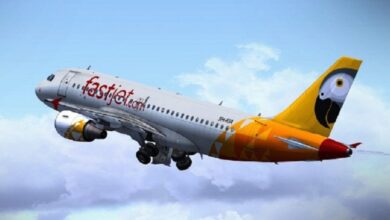