After their victory in the Second World War, the European allies set-up the tribunal of Nuremberg to prosecute other Europeans who were Nazis. These tribunals were the victors’ justice though the crimes against Europeans Jews provided the background for prosecution.

What this European special tribunal example of a long-gone era has with the purported civil war crimes in Chad and the Special tribunal in Senegal is that, it is the Europeans who are the ones financing and coercing African governments and head of governments to prosecute one of their own. However, it will never be mentioned that while Hissene Habre was in power, the Europeans had dealings with his government until the coup d’état which overthrew him.

It is said that one of the best tactic of White Supremacy has been to create a diversion or diversions to reach a goal. And again, this has been successful. Europeans have done it again!

Belgium wanted Hissene Habre to be prosecuted despite the reluctance of African governments. The Europeans created such uproar with supporting agencies around the world bringing some victims of the Chadian civil war as prime time news coverage until it got sympathizers within the African countries.

The fact is no African autocrat; no African dictatorship existed (or exists) without the support of the Europeans. What that involves at any time and in any condition is the recurring pathology of Africans “selling” other Africans. It is corruption with new euphemisms such cooperation funding and international aid or subsidies. The system is revolving because the dictator (and sometimes with the cohort of his collaborators) who loses the favor of Europeans suffers the same fate as the victims of his tyranny. However, there are dictators with worse records who still serve them and are not threatened at all. It appears that a dictatorship in Africa is only one when designated by whites

Thus, in Senegal, the proceedings of the Special tribunal are underway to prosecute a former president of Chad, Hissene Habre, for crimes against humanity. The daily, le Quotidien n°3178 of Thursday August 29, 2013 reports through its special envoy, Ngoudji Dieng from Ndjamena that a commission of investigation headed by Senegalese special prosecutor for the extraordinary African chambers Mr. Macke Fall arrived in the Capital city of Chad to gather evidences from the archives of the headquarters of the documents and security center known as the Dds (i.e., Direction de la documentation et de la sécurité).

The proceeding themselves are controversial among other controversies surrounding the long standoff between Belgium which pressured reluctant African governments unwilling to prosecute only African presidents at the International Criminal Court and the previous Senegalese government of Abdoulaye Wade which gave refuge to Hissene Habre after the successful coup d’état by one of his former henchmen, and current president of Chad, Idriss Derby.

Another newspaper in Senegal, l’Observateur, reports on August 30, 2013 that the Forum of African Renaissance presented in Senegal the latter with an award for the rapid intervention of Chad in the Malian crisis and for giving stability to Chad which paradoxically, is his critics’ position about Idriss Derby’s lengthy grip and stay in power. But again, a dictatorship is only one when designated by whites.

The irony of successions in African political drama is that former Senegal’s president Abdoulaye Wade was also replaced by Mr. Macky Sall, a one-time close collaborator and prime- minister who turned to become a bitter foe until “elected” in the second round by a coalition-led opposition.

Once in power, Mr. Macky Sall reversed the position of the Senegalese government, and with the total funding from Brussels began to create a special extraordinary tribunal to prosecute Hissene Habre for torture and crimes against humanity. Western agencies such as Human Rights Watch had helped to organize Chadian victims to file their complaints against the dictator. The extraordinary African prosecution chamber is only African in name and shade because composed of executors brought together by Brussels’ subsidies.

Another controversy still simmering beneath the current proceedings are the allegations that Chadian officials visited Senegal some weeks ago to recover several billions of Francs CFA of the Chadian treasury looted by Hissene Habre in his flight to Senegal more than a decade ago. The money was said to have been laundered by Mr. Macky Sall’s current prime-minister, Mr. Abdul Mbaye who was the CEO of the French BNP’s branch in Senegal operating as BICIS ( Banque Internationale pour Le Commerce et l’Industrie au Sénégal).

Just some few days ago, Hissene Habre who lived in a suburb of Dakar was arrested and locked-up in a jail despite the outcry of his lawyers who protested such flagrant disregard of their client’s health and age, and since he was not a security or a flight risk. 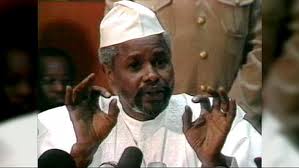 So far, it is reported that the investigation commission has uncovered documents to be brought to Dakar although evidences thus gathered are but anecdotes of officials in Chad along some narratives from victims. Nevertheless, the proofs are said to be held by most of Hissene Habre former henchmen who are the current power brokers in Chad.

Some national and international observers say that if Hissene Habre is truly guilty of crimes against humanity, then, so are his former collaborators. But in all certainty, the developments of these proceedings will bring to light the proofs in the hands of this special extraordinary tribunal.

Last but not least. In the shadow of these sad but magnified images where only Africans are shown selling their own, there are still the hands of the buyers- of conscience this time. What moral prerogative does Belgium or for that matter any western country, have to prosecute war criminals in Africa when they have yet to answer and pay reparations for the crimes of against humanity done for centuries on Africans specifically but not exclusively?

This trial will not show how injustice and tyranny can have such a stronghold in Africa with the finance and “cooperation” of Europeans. It is doubtful that the total compensations paid to each victim (if ever that happens) will equal one percent of all the money spend to set-up and operate this tribunal. The guilt of thousand persecutors against their fellow citizens in Chad will be absolved by the offerings of one sacrificial lamb whose immolation will not bring justice. The Chadian people know this. The victims of the civil war in Chad know this, and lo, we pay homage to the courage of the living and pray for the souls of the departed. The African people too, know that. Closer to it all, perhaps the people of Senegal will see that. But, the depth of European depravity is to corrupt all and everybody so that justice is never sought.

History’s lesson just shows that all African puppets have gotten the short stick and alas, Africans will remain in this purgatory. Whatever happens, Poor Hissene Habre is on his way to heaven!

Nigeria truce is shaky, no news of abducted girls 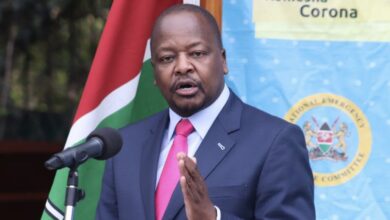 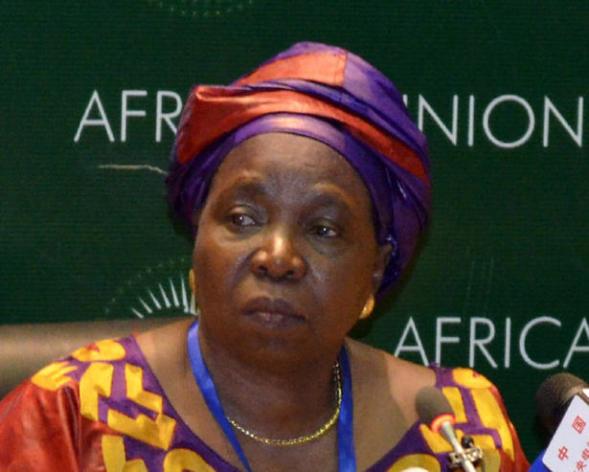 Africa: Crafting an African Victory for the World