In the politics of Nigeria religion, ethnicity and regionalism are intermingled. Almost all Hausa are Muslim and overwhelmingly located in the North. Almost all Igbos are Christian who are geographically concentrated in the East. The Yoruba, on the other hand, are half Christian and half Muslim — and concentrated mainly in Western Nigeria. The national politics of the country have been bedeviled since independence in 1960 by sectarianism, (Christian vs. Muslim), and regionalism (especially North vs. South), and ethnicity (especially among the three largest groups — Hausa, Igbo and Yoruba).

The militant Islamic movement called “Boko Haram” consists mainly of young Hausa in the north of the country. The movement signifies a different kind of radicalization from that which precipitated the Shari’a movement in northern states since the 1990s. The resurrection of the criminal law aspects of the Sharia in Nigeria was first triggered in Zamfara state in 1999.

This Shari’a movement consisted of an older generation in age, and was a response to the political decline of the northern elite, especially after the election of General Olusegun Obasanjo towards the end of the 20th century. General Obasanjo was a Yoruba Christian from the West, who was initially elected with massive Northern Muslim support. But it was soon clear that Northerners had voted against their own political pre-eminence in Nigeria.

The Shari’a movement was a cultural assertion by Northern elites at the state level to compensate for their political decline at the federal level. Although Nigeria as a country was supposed to be a secular state, one Northern state after another established Shari’a Islamic law within their state boundaries. Of the 36 states of Nigeria, about a third opted to go Islamic in law and governance. The world woke up to its implications when Amina Lawal, an unmarried pregnant woman, was sentenced to death for adultery by a Shari’a court. The sentence was never carried out mainly because of national and global outcry, not least among fellow Muslims worldwide. Islamic law remained theoretically operational in most northern Nigerian states for the time being, but the militancy declined among the elite.

While the Shari’a movement was ultimately an assertion of pride in Islam, Boko Haram’s ideology is adversarial towards other religions. The Shari’a movement in Nigeria was a declaration of loyalty and adherence to Islam, while Boko Haram is substantially a declaration of hostility towards Christianity and aspects of Western civilization within Nigeria.

The Shari’a movement was basically non-violent except under the legal sanctions of the more stringent aspects of Islamic law (the hudud like the death penalty). Boko Haram, on the other hand, is more directly violent as an ideology of terror. The targets of its violence have been churches, institutions of law-enforcement, liquor stores, some officials of the Federal government, and some military and educational institutions associated with promoting Western culture. Almost all the casualties have been fellow Nigerians, but occasionally Boko Haram has attacked international organizations within Nigeria, including representatives of the United Nations.

On the other hand, among the negative aspects of Boko Haram has been the militant denunciation of Western education and disapproval of learned modernity.

Ironically, among the justifications for a Muslim uprising in Nigeria has been the relative denial of good Western education to disproportionate numbers of young Muslims. Far fewer Muslims than Christians are seen studying in prestigious Western universities abroad in spite of the fact that the population of Muslims in Nigeria is absolutely larger than the population of Christians. Muslims are educationally an underprivileged majority in Nigeria. 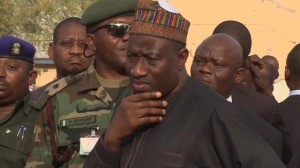 Part of the reason is cultural. Hausa values on attainment of Nigeria’s independence were still suspicious of Western education and disproportionately attached to Qur’anic schools and basic Islamic education.

Fifty years of Nigeria’s independence have created more numerous rich Christians than rich Muslims. Petro-wealth has resulted in a Nigerian plutocracy with gross economic inequalities not only between social classes but also between regions, ethnic groups and religious denominations.

In the wake of these post-colonial changes are problems of communal morale and collective self-worth in some groups. Some ethnic and religious groups suffer from low levels of self-confidence and high levels of victim-psychology. Such groups may feel discriminated against and denied equal opportunities. Nigeria needs to embark on confidence-building measures to restore the morale of the underprivileged.

On the other hand, Boko Haram’s program included the ambition of expelling Nigerian Christians out of the North. If fulfilled this program would be a kind of sectarian displacement, otherwise known as ethnic cleansing.

Neither the Shari’a movement nor Boko Haram has attempted a full implementation of their exclusion programs. There is still time for religious, political and educational leaders of Nigeria to seek solutions to some of the political and sectarian grievances which have recurrently plunged the country into ethnic and religious conflicts.

There is need to restore a sense of self-worth and a widening of opportunities for disadvantaged young people in Nigeria. This would be the best antidote to political and religious extremism in the unfolding decades of Nigeria’s history.