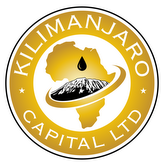 To those who thought it may have been engaged in a side show with its focus on future contingent assets, Kilimanjaro Capital has sent a strong message that it means very serious business when it recently obtained a public listing on the Danish stock exchange. Kilimanjaro Capital has the peculiarity of banking on the Republic of Cabinda, Southern Cameroons, and the Biafra Government in exile which are all states fighting for independence or the restoration of statehood with very legitimate cases. Zulfikar Rashid CEO of Kilimanjaro says in an interview with PAV that the company has now joined the ranks of public companies, and sophisticated investors can now come in to participate.

Recently there was this press release about Kilimanjaro making its debut on the GXG Markets, can you explain what this means?

Zulfikar Rashid: On August 29, 2013 Kilimanjaro Capital obtained a public listing on the Danish GXG stock exchange. This is highly significant as we are the only public company that focuses on future contingent assets.

With the entrance into the GXG what does this mean for Kilimanjaro Capital and what does it mean for the business engagements it has with its partner countries or organizations?

Zulfikar Rashid: It raises the stakes. Now the sophisticated investor can participate and Kilimanjaro joins the ranks of public companies.

It is a few days now since Kilimanjaro joined the GXG markets, how has the response been so far, any significant changes or developments witnessed so far?

Zulfikar Rashid: Yes, while volume trading has not really begun in the stock yet, there has been heightened industry and media awareness.  We have numerous offers coming in to invest and participate.

We remain curious on your acquisition of portfolios with the Republic of Cabinda, Southern Cameroons, the Biafra Government in exile and others, how long is Kilimanjaro willing to wait to reap benefits from its investments?

Zulfikar Rashid: There are long and short term benefits. For example Forest Gate Energy already reached a deal for a farm out of some assets. However, we believe in our clients’ causes and are willing to wait as long as it takes for them to achieve independence which we feel will be a much shorter wait than many experts expect.

Besides politically disputed territories in Africa re there plans to diversify your investments into more profitable sectors in the short term?

Zulfikar Rashid :We are looking worldwide for some more conventional mining and oil assets to balance the portfolio but are main focus is on future contingent assets. 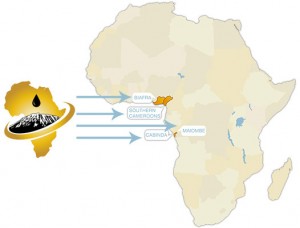 To those who are skeptical of your business strategy, what else can you add to make a stronger case for the public to take Kilimanjaro Capital seriously or to consider investing in it?

Zulfikar Rashid: The public listing; the GXG Markets approved the listing.  It was not an easy process by any means but satisfied the skeptics.

What next for Kilimanjaro Capital after stepping into the GXG Markets, what should people watch out for from your company?

Zulfikar Rashid: There are many developments in our client countries.  The situation in Bakassi is of great concern and we are closely watching developments in the liberated Mayombe zone of Cabinda.

Petroleum to the People