In June-July 2013, US President Barack Obama embarked upon his first state visit to Africa. He made three regional stops: Senegal (West Africa), South Africa (Southern Africa) and Tanzania (straddled between East and Southern Africa.) But even before he departed, Obama’s itinerary had become contentious in that it excluded Kenya.

Kenya is by far East Africa’s power house, economically and otherwise. The US president claimed to be visiting Africa to enhance US-Africa interactions and to build business partnerships. By all accounts, a Kenya presidential stop made more sense than Tanzania. After all, Kenyans were losing lives in neighboring Somalia in a war against Islamic terrorism, a deeply significant issue in US foreign policy. Why was Tanzania prioritized?  There was an inside GMO story that we were not told.

In May 2012, the US President ceremoniously launched the New Alliance for Food and Nutrition Security (NAFNS), ostensibly to eradicate hunger and poverty in sub-Sahara Africa within the next decade. The speedy African panacea would be realized by embracing ‘modern agricultural methods and technology’ undertaken in partnerships between African and Western governments and private interests.

Since his election, Obama had inexplicably become a close associated with biotechnology multinational corporations (MNCs.) Predictably, during the NAFNS launch, Obama did not mention what in the US had already become public buzz words: Genetically Modified Organisms (GMO) foods, genetically-engineered (GE) foods or bio-technology. He preferred innocuous words like ‘modern agricultural methods and technology,’ words that concealed his intent of transplanting to Africa what was already highly contentious public issue in USA.

Naturally, fulfillment of the African food security miracle was to be spearheaded by the grand daddy of American GMOs companies, the world’s biggest agricultural and seed MNC, Monsanto. Here too Obama was cautious not to mention the notorious MNC by name. However, Monsanto’s CEO was present, to sing praises for the president’s ‘wise’ initiative and the lucky blessings for Africa at long last.

Critics were not so sure. They immediately questioned the NAFNS proposal primarily on the grounds that MNCs are historically known as blood suckers not inclined or equipped to be in the business of philanthropy. This has always been the case since the advent of the Dutch East India Company, the mother of all MNCs.

African activists also objected to NAFNS’ nascent dishonesty and exploitative intent. “We strongly object that the image of the poor and hungry from our countries is being used by giant multinational corporations to push a technology that is neither safe, environmentally friendly nor economically beneficial to us…. we think that it will undermine our capacity to feed ourselves.” In short, African critics saw NAFNS for what it really was, a Trojan horse to ferry American agricultural bio-technology Africa with or without Africans’ knowledge and consent. To the extent that Obama did not reveal the dangers of GMOs that were already public knowledge in the US, this was a case of a grand modern-era scheme of deception?

Now NAFNS was in place.  With ten offices securely established in South Africa alone, Monsanto was poised to move north to implement its ‘GMO dispersal’ for Africa, now doubly emboldened by the partnership offer of the most powerful government in history. Barely a year after the NAFNS launch, and while most of the world was still urging caution regarding bio-technology, Tanzania’s President Jakaya Kikwete started speaking openly in the home front endorsing  GMOs as the life-savior foods for Africa and condemning GMO critics as under-informed lot that needed to be educated. Were the two phenomena accidental?

During his June-July 2013 state visit to Africa, Obama surprised many by skipping Kenya as one of his US presidential stops. In East Africa, he chose Tanzania and then South Africa for Southern Africa. Most analysts were convinced that Obama was out to counter China’s presence in the two countries. But an equally compelling reasoning is that Obama went to this part of the continent primarily to clear the way for GMOs to spread northwards unhindered.

In this regard, it is noteworthy that it was Obama who initially reached out for Tanzania’s President. In 2009, Jakaya Kikwete was the first African leader to be invited by newly-elected Obama to the White House. Three years later, the same Kikwete was back in Washington for the NAFNS launch. Obama returned the favor in 2013 by visiting Tanzania. How did Kikwete earn such closeness to the US president?  One could be forgiven for suspecting that Kikwete has long been in the GMO plans?

Tanzania’s friendship was critical to the American GMO plan in Africa.  South Africa is Monsanto’s center of operations in Africa; it has been so since the apartheid era. In the Monsanto scheme of things Tanzania is now the northernmost soft spot, strategically vital as GMO’s stepping stone for further continental penetration.

In this context, Tanzania stands head and shoulder above neighboring Kenya. Kenya has become more than an irritant to the biotech industry; in November 2012 it officially banned importation of GMOs into the country. In the GMO’s northern drift, Kenya is the first really GMOs unfriendly frontier. On the other hand, Tanzania is a member of the Southern African Development Community, more reachable via the dominant South Africa.

By his own admission, Obama came to Africa in mid-2013 in the interest of greater US-African engagements and to promote business partnerships with Africans. Agriculture is certainly a defendable centerpiece of his vision for Africa; the continent possesses the requisite ingredients for enormous agricultural growth. It is not far-fetched to suggest that a significant part of Obama’s special assignment in Africa in 2013 was to clear the way for American bio-tech companies to move north along the path of least resistance.  Tanzania under Kikwete is an important foot soldier in that American broad strategic plan. Perhaps Africa’s iconoclasts can be forgiven for conjuring up images of modern day scramble for Africa.

*James N. Kariuki is a Professor of International Relations (emeritus) and an independent writer.  He is a Kenyan based in South Africa.More of his views can be read on the blog Global Africa 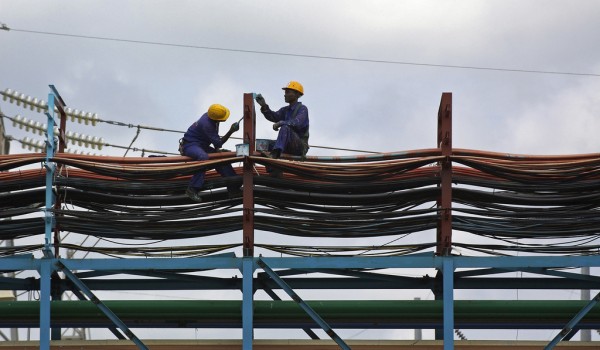 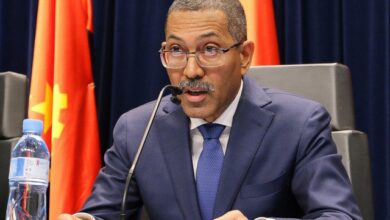