In less than two months, President Paul Kagame, has relieved four senior leaders in his government of their duties, and replaced them with new ones, in what is widely seen as an attempt to increase efficiency in public service.

Also put aside, was the former Chief of Defence Staff (CDS) of the Rwanda Defence Forces (RDF), Lt. Gen. Charles Kayonga who was replaced by Gen. Patrick Nyamvumba during the recent military retreat in Kigali.

Ex-ministers Karugarama and Musoni, are some of the founding brains of the Rwandan Patriotic Front (RPF), Rwanda’s ruling political party, which Kagame chairs. They were dropped on the same day on May 24.

Justice Johnston Busingye replaced Karugarama as Justice Minister and Attorney general while Stella Ford Mugabo took over Musoni’s Ministry of Cabinet Affairs, which is one of the newest ministries in Rwanda.

Mukaruliza was relieved of her duties on July 11, and was subsequently replaced by Jacqueline Muhongayire, who was serving as a Rwandan lawmaker in the East African Legislative Assembly (EALA) based in Arusha, Tanzania.

Dropping Mukaruliza from the cabinet stopped Prime Minister Dr. Pierre Habumuremyi from presenting government achievements to the parliament which was slated for July 11.

At the same time, the Permanent Secretary in the Ministry of East African Community Affairs, Bill Kayonga was dropped.

Several other junior officers in the public service have also recently been dropped from their positions and these include the former Director General of the Electricity, Water and Sanitation Authority (EWSA), Yves Muyange, and his deputy in charge of Energy, Yussuf Uwamahoro.

Others are former Acting Director General of the Rwanda Information Bureau which was running National Television and Radio, Willy Rukundo, and the former permanent secretary in the Ministry of Infrastructure James Kamanzi.

These officials, who held senior positions in key public institutions, were subsequently replaced by others, who were less known in the public service. There has been no publicly stated official reason for their replacement.

President Kagame also made a surprising switch of positions for the former Minister of Finance and Economic Planning, John Rwangombwa, and former governor of the National Bank of Rwanda, Claver Gatete.  Rwangombwa was transferred to the Central bank while Gatete was moved to the Ministry of Finance.

President Kagame has, however, not given full accounts of each of the cases, but he has only touched on one. For Karugarama and Musoni, the public was pointing fingers at their opposition to support Kagame’s thirdterm bid in office which is overwhelmingly driven by the public opinion

He however, made it clear that the dropping of the two senior ministers was not primarily linked to their positions on the constitutional amendments to allow Kagame to stand as a presidential candidate in the 2017 polls.

For Karugarama,  Kagame admitted in a meeting with senior Rwandan editors that his sacking was closely linked to the comments he made in the UK-based The Guardian newspaper stating that Kagame would not cause the constitution to be amended so that he runs for presidency for the third time.

Kagame’s reasoning was that Karugarama should not have commented on the issue that is “not even there”. Since then, the debate for Kagame’s third term has ceased to be in the public arena and several public officials are not willing to make any public comments on it in the media.

Kagame went on to tell editors that Karugarama should have been sacked about three years ago but he narrowly survived because the appointing authority was tolerant. Kagame, however, did not provide the details of the accounts which could have led him to fire Karugarama at the time.

For Musoni, he made no comments on his sacking but he promised to reveal the details at a later time. These two cases, which came surprisingly, have since generated speculation from the public.

The surprising replacement of RDF chief, Lt. Gen Kayonga, continues to fuel speculation both in the army and in the civilian quarters.

Some speculators put it that President Kagame, who is the Commander-in-Chief of the Rwandan Security Forces, arrived at the military retreat before the Lt. Gen. Kayonga who was expected to be at the venue to receive the Commander in Chief and introduce him to the senior army officers present. Whether this is true or not, could not be immediately verified.

Other sources, both in the army and in the civilian circles, have a different version of what happened but they do not have a clear reason to why the Ex-RDF boss was dropped and never assigned to any senior position in the military.

But given the recent quick changes in the army with quick promotions of some senior officers to higher ranks, the relieving of the duties of the RDF boss could be attributed to the routine changes as desired by the appointing authority and Commander in Chief to keep the country’s security a top priority.

For the case of Mukaruliza and his Permanent Secretary, President Kagame made it clear that their sacking was triggered by their inability to handle and make comfortable a delegation of various dignitaries including the Speaker and members of EALA who had come to Kigali to hold the regional parliament’s rotational sittings in the five partner states of the East African Community.

The delegation was stranded at the Kigali International Airport upon arrival and there was no one to welcome them. It was until one Member of Rwandan Parliament intervened and drove them in his car from the airport to their respective accommodations in Kigali.

This, Kagame, noted, was a foul mistake on the side of the Ministry and a major blow to Rwanda’s image, which is globally known for a warm hospitality to the visiting dignitaries and ordinary visitors.

The honourables from the region also must have voiced out their frustration. Kagame, who is the chief accounting officer of Rwanda, was forced to request Foreign Affairs Minister, Louise Mushikiwabo, to apologise on behalf of the Rwandan government and its people.

Kagame, who is known for failure to tolerate even a slightest mistake in public service, could not allow such a thing to go unpunished. He noted during his speech at the swearing ceremony of Minister Muhongayire that incompetence led to the dropping of the former EAC affairs Minister and his deputy.

He sent a stern warning to other officials that mistakes will never become excuses for failure while Rwanda is looking ahead to become a self-reliant, independent and a global role model in socio-economic transformation. 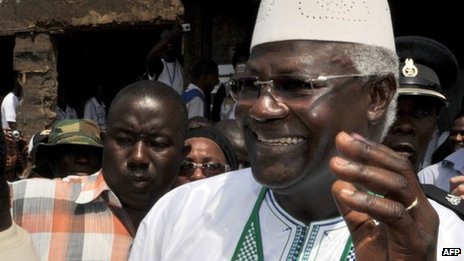