President Obama returned from Africa in time for domestic Fourth of July observances, as presidents are wont to do. Obama’s advisors, as well as his common sense, no doubt made sure that his detractors could not question (again) his loyalties were he to be out of the country on Independence Day.

There were several articles written about Obama’s visit to the African continent, though I was surprised by the lack of analysis done in even the best of papers. The Washington Post, especially, covered the costs of the trip and was probably responsible for the cancellation of the family’s safari in Tanzania. It also covered the unfortunate timing of the entourage’s arrival in South Africa as Mandela struggled to stay alive in a hospital, and in Tanzania wrote of the juxtaposition and irony of two American presidents – Obama and George W. Bush – crossing paths, certainly not planned by either, but both made the best of it and appeared together briefly at a ceremony honoring the victims of the 1998 terrorist bombing of the U.S. embassy in that country.

Bloomberg News wrote that U.S. businesses were not taking advantage of the African market and were falling behind other nations in the rush to trade with and invest in Africa. True enough, but the report lacked any understanding of why that is so, suggesting only that businesses simply didn’t know better. The Bloomberg article appeared as the president arrived at his first stop on the cross-continental journey, Senegal, a country whose economy is less than that of the state of Vermont.  Press enthusiasm for the trip was tepid, praise of the president lukewarm and coverage of substance and context of the trip lacking, but for a paragraph or two buried in various articles.

Yet, under deeper inspection this trip may prove to be the most important journey ever undertaken to Africa by either a sitting or former president of the United States. It was not overpowering and majestic in tone, certainly modest in presentation, and realistic in acknowledging that the American presence in Africa needs to be greater. But when each stop was put together, the sum total represented the most comprehensive engagement with Africa ever undertaken by the United States if the commitments made during the trip are followed through upon.

The commitments were also brilliant in recognizing the economic restraints the world and our nation find themselves in, and recognizing that the public and private sector must work together if we are to compete in Africa economically and politically, aiding development in Africa at the same time as creating in our own economy.

There were three primary commitments. One program is to develop leadership throughout the continent in a wide variety of sectors, including institution building. The U.S. will host thousands of emerging leaders, placing these leaders in businesses, nonprofit and women’s organizations and educational facilities. Costs will largely be borne not by the government but willingly by the hosting institutions. This approach is a reflection of culture and political priorities. Japan recently offered a similar type of program, but focusing on the development of industrial leaders. The Chinese are training primarily engineers and technicians.

The second primary program is the engagement of U.S. companies, especially those companies committed to renewable energy, beginning with a sector vital to any development, the power sector. In announcing a Power Africa program, the president committed his administration to working with U.S. power companies and their partners in building the power sector throughout Africa, beginning especially in the East Africa community.

Not a single country in Africa is meeting its current power needs, let alone its needs for the future. Most African countries are at least 50 percent deficient in meeting current power needs. Without electricity, how does one catch up to the global economy and education of its population? How do crops stay refrigerated long enough to get to market? How do they attract investment without a reliable power supply?

By stating this as a priority, Obama freed up our major financing institutions to help underwrite financial guarantees that will allow a range of companies, large and small, to secure financing more easily to begin to invest in Africa. Private companies will bear the risk through loan guarantees of the U.S. government, especially through the Export-Import Bank of the United States and through the Overseas Private Investment Corporation. The direct financial support of the U.S. will not match the commitments made to Africa by the Japanese  and Chinese governments, but when the private sector is included, these commitments will rival that of any nation in the world.

Finally, the Obama administration committed to a U.S.-Africa Summit of Leaders in 2014 in America. Obama acknowledged that other nations have done this already. He did not mention countries, but China, Japan and India have already held such summits. He did not apologize for not being the first. He simply said it was now time for the United States to do this as well, to acknowledge the importance of working together, and the importance of developing a common future in face of global threats, human and natural. He is right. It is time, and it is never too late to do the right thing.

* Source USA Today.Stephen Hayes is president and CEO of The Corporate Council on Africa 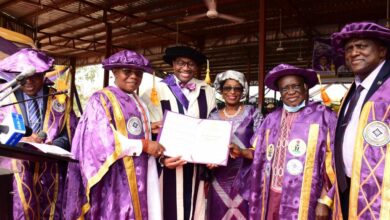