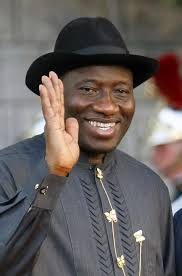 Typical of the Jonathan regime, it took the effort of investigative journalists – this time, the reporters at Premium Times – to alert Nigerians about the planned assault on our civil liberties.

The latest deal, involving an Israeli company, Elbit Systems Ltd., is for the supply of the “Wise Intelligence Technology (WiT) System for Intelligence Analysis and Cyber Defense”. That we have not heard from presidential spokespersons, Reuben Abati and Doyin Okupe, is a tacit acknowledgment that the contract, as reported last week, is indeed real. We can bet they are busy cooking up an “appropriate” response.

Elbit describes its system as “a highly advanced end-to-end solution (which) supports every stage of the intelligence process, including the collection of the data from multiple sources, databases and sensors, processing of the information, supporting intelligence personnel in the analysis and evaluation of the information and disseminating the intelligence to the intended recipient”. In simple terms, it means the government is engaging Elbit to undermine the privacy of citizens and spy on the close to 50 million Internet users in the country.

It is a measure of the lack of transparency that is hallmark of the Jonathan government that the WiT contract went ahead without due process. After all, it is not as if the appropriation for the contract was not documented. According to Premium Times, “The administration had indicated in the 2013 budget that it would procure a Wise Intelligence Network Harvest Analyzer System, Open Source Internet Monitoring System and Personal Internet Surveillance System at a cost of N9.496bn ($61.26 million)”.

Elbit on its part, announced the contract award in a global press release on April 24, 2013, claiming “it was awarded an approximately $40 million contract to supply a country in Africa with the Wise Intelligence Technology (WiT) System for Intelligence Analysis and Cyber Defense”.

It would be interesting to know, as Premium Times observed, “Now that the contract has been awarded to Elbit for about $40 million, if the National Assembly will raise questions as to what becomes of the extra $21 million earmarked for the project”.

We are also informed by the online publication that, “In awarding the contract to the Israeli firm, no tenders or calls for bids were made just as there were no public announcements. The contract was awarded following a proposal from a single vendor who dictated the contract sum and the terms of the contract”.

“The manner of award directly contravenes the 2007 Public Procurement Act,” the publication noted. “While the Act gives room for single source contracts, the Elbit contract met none of the requirements under which such special contracts could be awarded. Section 47 (3) (iii) of the 2007 Act stipulates that single source contracts are to be awarded in emergency situations such as “natural disasters or a financial crisis”.

Beyond the issue of due process is the fundamental question of the appropriateness of this contract. Of course, there are those who will question the angst of civil libertarians and say the government needs this kind of “intelligence” gathering in light of the monumental security breaches across the country. But what guarantee is there that Nigeria will get value for its money?

It is troubling enough that we have to hand over our national security to a private company in a foreign country. The two-year WiT contract comes with a proviso that should concern anybody interested in where our country is headed. According to Joseph Gaspar, Executive VP and CFO of Elbit, “This press release contains forward-looking statements (within the meaning of Section 27A of the Securities Act of 1933, as amended and Section 21E of the Securities Exchange Act of 1934, as amended) regarding Elbit Systems Ltd. and/or its subsidiaries (collectively the Company), to the extent such statements do not relate to historical or current fact”.

“Forward Looking Statements are based on management’s expectations, estimates, projections and assumptions.  Forward-looking statements are made pursuant to the safe harbor provisions of the Private Securities Litigation Reform Act of 1995, as amended. These statements are not guarantees of future performance and involve certain risks and uncertainties, which are difficult to predict.

“Therefore, actual future results, performance and trends may differ materially from these forward-looking statements due to a variety of factors, including, without limitation: scope and length of customer contracts; governmental regulations and approvals; changes in governmental budgeting priorities; general market, political and economic conditions in the countries in which the Company operates or sells, including Israel and the United States among others; differences in anticipated and actual program performance, including the ability to perform under long-term fixed-price contracts; and the outcome of legal and/or regulatory proceedings”.

I have a feeling some “smart” Nigerians must have convinced the government that if it invests $40m, it would be able to keep a tab on opponents and “troublemakers”. How does the WiT project fit into the country’s existing intelligence programme and security initiatives? We know how ill-trained and ill-equipped our security agencies, particularly the police, are. Their lack of coordination has become a national embarrassment.

A few months ago, President Jonathan visited the Police College, Ikeja (PCI), Lagos, and was justifiably alarmed at the state of the country’s premier police training institution. During the president’s visit, we got to know that the situation at PCI was just a tip of the iceberg of the monumental rot that is characteristic of police colleges across the country. We can only imagine the kind security police officers trained at PCI and allied colleges will provide and how amenable they will be to intelligence gathering.

The quality of personnel is an integral part of any effective security and intelligence operation. Rather than frittering millions of dollars on a bogus, illegal and clearly dangerous project, the government should pay a bit more attention to the internal crisis within the country’s security agencies. Saturday Punch, April 27, 2013, reported that the federal government had blocked the installation of 10,000 security cameras in Lagos. The scheme, under the Lagos Safe City Project, according to the paper, aims at “providing 10,000 solar-powered closed circuit cameras all over the metropolis”.

“In an information technology-driven world, we have to be counted as one of those states and communities which will adopt best practices. Cameras, sensors, tracking devices are the nerve centre of these facilities that would assist men and officers of the police force, fire service among others to do their duty much more effectively,” the governor of Lagos State, Babatunde Fashola was quoted as saying about the project that was initiated in 2009. A federal government that is interested in the security of its citizens should not be seen to be engaged in this kind of faceoff over an issue that states can handle.

There are many factors to take into consideration in dealing with insecurity in the country. What, for example is the state of the National ID project? How effective is the country’s driver’s licence system? In a country where people can claim who they are not and transform to anybody they want in a minute; a country where people can move in and out through our numerous porous borders without any form of documentation, it would take more than a $40 million sweet deal and the not-too-reassuring words of a foreign company to keep Nigerians safe.

Of course, the government would do well investing in the lives of citizens through the provision of quality education, effective healthcare, creation of the enabling environment for the economy to thrive and facilitate job creation for millions of unemployed university graduates.

That, ultimately, is the best defence against insecurity. 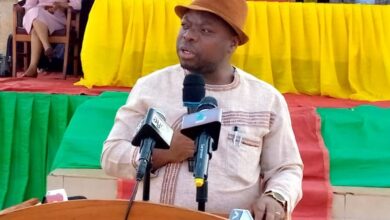 Tanzania-New Regional Commissioner Comes In With Fresh Hope For Kagera