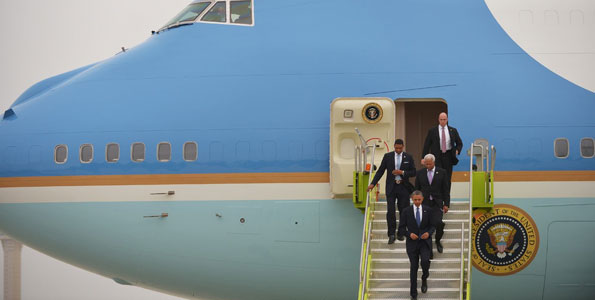 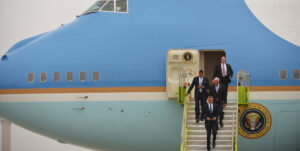 President Barack Obama will go on a first African tour next month, visiting Senegal, Tanzania and South Africa, but his itinerary released on Monday bypasses Kenya, an ancestral homeland.

Obama disappointed many Africans by spending only a few hours in sub-Saharan Africa — in Ghana — during his first term, but is keen to implement a sweeping new regional strategy, prioritizing democracy and economic reform.

Speculation will centre on whether America’s first black president will see ailing 94-year-old South African anti-Apartheid icon Nelson Mandela, on a trip on which he will be accompanied by First Lady Michelle Obama.

The White House said the long-awaited visit was intended to underscore Obama’s “commitment to broadening and deepening cooperation between the United States and the people of sub-Saharan Africa” to advance peace and prosperity.

Obama will meet officials, businessmen, and civil society leaders, including young people, on the trip between June 26 and July 3 — an unusually long journey for a president who normally dashes across timezones on trips abroad.

But early scrutiny will concentrate as much on where he will not go in Africa, as his planned stops, with Kenya, the land of Obama’s late father, where he still has living relatives, a glaring omission.

Obama frequently uses his past and background to connect with foreigners, remembering his childhood stays while in Indonesia, his Irish heritage in Ireland, and as a Hawaii native, posing as America’s “first Pacific president.”

But politics appears to have scuppered hopes for Obama to reconnect with his roots in Kenya.

It would likely be seen as unseemly for Obama to appear with Uhuru Kenyatta, elected president in March, who will go on trial in July at the International Criminal Court (ICC) for crimes against humanity in post-election violence in 2007-08.

An administration official said on condition of anonymity that Kenyatta’s election had been a complicating factor in setting Obama’s schedule in Africa.

Obama did visit Kenya in 2006, shortly after he was elected to the Senate, but before he announced his 2008 run for the White House.

His visit to Africa will follow a similar tour made by his wife Michelle in June 2011, during which she met Mandela.

While the president is yet to mount a full tour of the continent, he did host a meeting at the end of March with recently elected Senegalese counterpart, Macky Sall, along with the leaders of Sierra Leone, Malawi and Cape Verde, lauding them as examples of “the progress that we are seeing in Africa.”

In 2011, Obama received four other African leaders at the White House, the presidents of Benin, Guinea, Niger and Ivory Coast. He had promised them the US would remain a “stalwart partner” to democracies in Africa.

In June 2012, Obama unveiled a sweeping new Africa strategy, with the goal of reinforcing security and democracy on a continent facing the threat of Al-Qaeda and a Chinese economic offensive.

The new US blueprint seeks to boost trade, strengthen peace, security and good governance and bolster democratic institutions, declaring that a continent torn by poverty, corruption and discord could be the world’s next big economic success story.

In his speech before Ghana’s parliament in 2009, Obama proclaimed that even though the continent now needs international aid, “Africa’s future is up to Africans.”

Obama’s visit will also likely throw a new focus on the President’s Emergency Plan for AIDS Relief, which was the brainchild of his predecessor George W. Bush and is credited with saving millions of lives.