Last week Kenya’s newly-elected President, Uhuru Kenyatta, travelled to London at the invitation of the British Government. Officially, the purpose of the trip was to participate at a Somalia Summit, a subject of vital importance to both Kenya and Britain.

In all likelihood, Uhuru was skeptical about the trip. He was surely mindful that when his father visited the UK in 1962, he was pelted with rotten eggs by the British public, a show of contempt. After all, colonial authorities had dismissed daddy Kenyatta as a satanic pervert.

Uhuru went to London anyway. The Somalia issue was too critical to Kenya’s national interest to be bypassed. Additionally, Kenya-Britain relations had recently deteriorated; their improvement called for gestures of goodwill by both sides.

During the 2013 visit, no eggs were thrown but the British news media dubbed Uhuru with a hostile title, ‘Criminal President.’ The epithet obviously offended the Kenyan millions who had just voted Uhuru into office. Kenya’s social media was abuzz with objections to the British crudeness.

Was there a story behind this story?

Kenya became independent in 1963 and immediately displayed intrigues. Firstly, Jomo Kenyatta, the uncontested national leader, had always been at the forefront of the anti-colonial struggle. Yet, power was handed over to him, the man whom the British colonialists had categorized as a “leader unto darkness and death.” Secondly, Kenyatta surprisingly proceeded to tilt independent Kenya to the West, the former oppressor.

Soon thereafter, Kenyatta published a book, Suffering without Bitterness. That title, and the book itself, were a vivid affirmation that Kenyatta was an Anglophile poised to entrench Kenya as a prominent ‘darling of the West’ in Eastern Africa. Concurrently, he built himself into a capitalist tycoon of staggering proportions.

Kenyatta’s book reeked of forgive-and-forget sentiments towards the former colonial tormentors. Now the baton has been passed to his son, Uhuru, whose presidency may push Kenya to yet another paradoxical ideological orientation.
Uhuru’s worldview may be summed up as: we-may-forgive-but-we-will-not-necessarily-forget. Personally, he seems to harbor a deep

mistrust of the British, perhaps because of how scornfully they treated his father in the colonial era. More to the point, Uhuru himself has had unpleasant encounters with the same West recently.
Uhuru is an ICC-inductee, accused of orchestrating Kenya’s 2007-08 post-election violence. Those charges emerged almost simultaneously as the credibility of the court itself started to decline on the grounds that it targeted African leaders excessively. Yet, the logic continued, Westerners were the greatest human rights violators and they were never indicted.

Had the ICC become a neo-colonial tool of the West? The hunter suddenly became the hunted; the ICC itself was on trial in world opinion. Tragically for the court, the campaign against it was championed by the continental African Union.
In this anti-ICC atmosphere it appeared strenuous that, in Kenya’s 2013 election campaign, Westerners posed as the ‘chosen’ moral crusaders to remind Kenyans that the Uhuru-ticket was composed of ICC-inductees, unworthy of the presidency. In short, Uhuru was portrayed as a liability to Kenyans.

For its part Britain decreed that, in the unlikely event that Uhuru won the elections, it would maintain only ‘essential contacts’ with his government. Uhuru was obviously offended by the pronouncement and his Jubilee Alliance felt compelled to protest of “shadowy, suspicious and rather animated involvement of the British High Commissioner in Kenya’s election.” The Americans also issued a poorly-veiled threat to the Kenyan voters that ‘choices have consequences.’

Clearly, Western powers were bent on withholding goodwill and friendship to a democratically-elected Uhuru-led government. In effect, Uhuru was denied presumption of innocence until proven guilty.
Conversely, the West was actively campaigning for Uhuru’s major political rival, Raila Odinga. Indeed, with the conspicuous Western support on his side, Raila was convinced that he would win the election; “it wouldn’t even be close.” He was wrong on both counts. He lost and the elections were close.

Kenyan voters were irritated by the Western meddling in their domestic political process. In the end, condemnation of Uhuru’s candidacy backfired, triggering Kenyans to support Uhuru in form of sympathy votes.
Attempts to discredit the Uhuru-Ruto candidacy strained relations between Kenya and Britain and left a bitter anti-West taste among Kenyans. Epithet of Uhuru as a ‘Criminal President’ by the British Sky News merely added salt to injury.
What caused the Kenya-British rift?

Regarding the ICC induction, the West saw it in purely legal terms. Uhuru had been indicted; he must face the law. Conversely, Kenyans saw it in context of local politics. Overwhelmingly they believe that, if Uhuru got involved in the post-elections violence at all, it was not a matter of premeditated murder; it was self-defense. Uhuru’s objective was to deter reckless human rights violations against the Kikuyu. Bravely, Uhuru resisted ethnic cleansing where the state had repeatedly failed. Kenyatta reinforced the principle of self-defense. 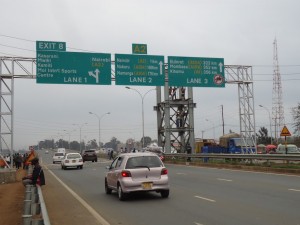 From this perspective Uhuru is a local hero, a leader who put himself in harm’s way in a bid to save his people from five-year cycles of senseless savagery. To many Kenyans Uhuru Kenyatta is not a villain; he is their favorite son and they said so in the March 2013 election. Neither the West nor the ICC can convince them otherwise.
In the broader sense, contemporary African thinkers insist that the West misreads the realities of current Kenya. It continues to see Kenya as a prime candidate for foreign aid. To maintain that status, Kenya must uphold its credentials of a “deserving poor.” Having an ICC-inductee as president violates good governance, a fundamental requirement for a “deserving poor.”

Yet, Kenyans have now departed from that view. To them, theirs is no longer a poverty-stricken country u-hauling a begging bowl in Western capitals in search for foreign aid. Kenya can no longer be subjected to the intrigues and manipulations of foreign aid. These Kenyans are psychologically eager to abandon foreign aid for trade. After all, Kenya possesses bargaining power. It is East Africa’s business hub and one of Africa’s most connected nations. Recent discovery of vast reserves of oil and gas have reinforced these views.

Finally, Kenya finds itself in a world order that offers other opportunities besides the West. In this setting, Kenya is as a much sought after lover as it is a suitor. Given these circumstances, calling shots in Kenya and Africa is no longer an exclusive domain of the West. To its credit, Britain has quickly realized and accepted that it needs Kenya just as much as Kenya needs it. It was against that thinking that Uhuru was invited to London in May 2013.

There was an element of urgency for Britain to act quickly because non-Western international presence is now “part of the fabric in today’s Kenya.” In particular, China makes no bones about its interest to engage in Kenya. And Uhuru is under considerable domestic pressure to give China a chance.

It would be truly paradoxical if Uhuru’s presidency consolidates the current surge of anti-Western nationalism in Kenya and tilts the country to the East. Should Kenya go East, Uhuru will negate his father’s legacy of turning the country West half a century ago. This could happen, not because Kenyans trust the Chinese more, but because they now trust the West less.

*James N. Kariuki is Professor of International Relations (Emeritus) and an independent writer. He Is based in South Africa.

Brand Africa to recognize and rank the “Best Places in Africa” for tourism, investment and citizen mobilisation in Africa.